Posted at 15:10h in Reviews by prismaadmin

Giving up on a dream is difficult, but perhaps not as difficult as confronting those who believed in that same dream as much as we do.

In 1995, a musical artist, who has not released a hit song since her acclaimed debut album released three years earlier, visits her former songwriter to show him her swan song.
Written and directed by young director Eric Felizardo, Meraki & The Swan Song deals with the theme of success, ambition, and the consequences of a broken dream on personal relationships. It is also an original story in terms of its setting, which while being very current takes us back almost thirty years, to the mid-1990s, a decade of artistic revolution and musical ferment, of which it shows us a glimpse into the lives of two young outsiders.

The melancholy that pervades the film is well rendered by Babour Zainullah’s cinematography, which immerses the protagonists in a moody atmosphere, as does the direction, which makes the most of a minimal set design, highlighting the theatrical potential of the dialogues.

Dialogues in which every word and intonation takes on a precise weight, dragging the viewer from a reunion of two friends and colleagues to what becomes a full-fledged, fast-paced showdown. Swan Song here becomes a poetically desperate dedication to art – to music, capable of empowering but also overpowering-and to the exact moment when one chooses to let go of a dream. 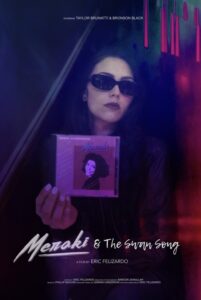