Posted at 10:07h in Reviews by prismaadmin

With Dejavu, a short film made entirely during the lockdown in an apartment, director Alex Rios together with Maurice Moore, here in the dual role of co-filmmaker and lead actor, brings to life a work that interprets the direct experience of quarantine and the emotions that have overwhelmed humanity in a recent piece of contemporary history, taking to extremes the fear of losing a piece of one’s family at any moment.
Not a disease, but a mysterious change in space-time that makes human lives unstable and involves mysterious events that are difficult to explain but force Eric, a scientist, and Grey, his daughter, to isolate themselves at home like the rest of the population.
The normal daily routine of this family, already troubled by the strange surroundings, is disrupted as the danger draws ever closer, and a father’s love for his daughter must confront the reality of helplessness, fear, and loneliness.
In a dry, theatrical setting that relies its success on dialogue acting and the environment in which the protagonists live, elements of scientific thriller and action hold the attention until the end, while the focus on emotions conveys a sense of hope and emotion.
With this experiment, the authors prove their ability to fuse an ambitious premise with simplicity and to create a story that is as abstract yet evocative, with originality, of a universally close reality. 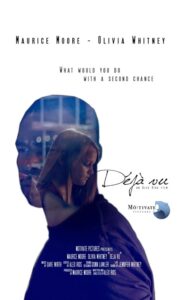