«L I M B O» by Christoffer Collina, Petri Erkkilä

Posted at 11:35h in Reviews by prismaadmin

More a multimedia experiment than a short film, “Limbo” declines its narrative by breaking the mold of traditional cinema through the mixed use of music, images, textual elements, and performance art.

Limbo is the story of a man immersed in a frenzied escape of which we do not know the physical boundaries but which we perceive outside of space and time, an escape that is physical but unravels on the planes of consciousness represented by the darkness in which the subject moves, an escape from something indefinite rather than to a specific where.

A four-handed work by Christoffer Collina, a graduating film student from Turku Arts Academy, Finland, with a thesis on the fusion of performing arts and cinema, and director Petri Erkkilä, already known for Kurimus (2014), Plan IX (2012) and Cirque Dracula (2011), the video punctuates a fast-paced narrative with extensive use of symbolism, masterfully drawing from its directors from the sacred, artistic and psychoanalytic worlds, depicting an unconscious and dreamlike journey. 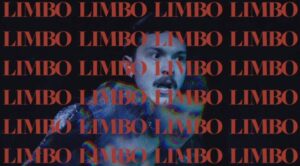