With her debut “Rorschach”, director Steffi West Harshberger, previously a union set costumer in films and TV series tells a story that is at once particular and universal, a historical drama in which questions resonate that are alive more than ever in the contemporary, seen through the eyes of a young man.

A personal coming-of-age story meets a page of American history: in the shadow of the tragic events of World War I the coming-of-age story of the protagonist Wellesley, on whom the distant propaganda narratives of the conflict exert a great fascination, unfolds. His desire to grow up, perhaps to escape, typical of adolescence will clash with adult rigidity.

The author’s field experience infuses this independent production with attention to quality and detail, thanks to the costumes and sets that allow us to immerse ourselves in a distant era reconstructed with verisimilitude. The photography expresses through the use of light, bright in the natural setting and more blurred in the interiors, the blurred emotions of the protagonist’s desire to escape, torn between the protective intimacy of home and the desire to escape.

The editing characterizes a story made up of feelings rather than events, whose open ending is not meant to give us a moral but only to narrate the excerpt of life against the backdrop of History. 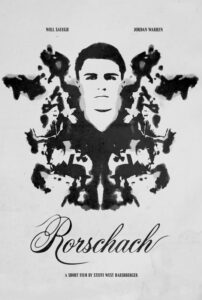