Posted at 13:13h in Interviews by prismaadmin 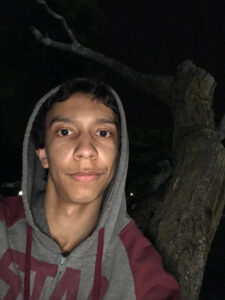 «Cinema is entertainment on screen. Pure and simple.»

Born in Washington D.C. in 1997, Richard has had a passion for film-making ever since he was young. He would make short choppy films when he was a child to challenge his film-making, which would eventually branch out into something bigger. Richard currently goes to school at Manhattanville College in Purchase, New York working on projects independently. 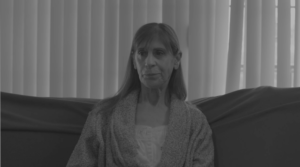 “Ms. Davis’ Close Friend” is a fascinating and moving film that deals naturally with the theme of grief and loneliness. How did the idea for this film come about? When was the spark of inspiration sparked?

I came up with the idea for ‘Ms. Davis’ Close Friend’ after my grandparents died and I remembered how elderly they were when they both died and had to write something that might have exemplified that.

The film enters the life of a specific, realistic, and at the same time universal character. How did you find the protagonist of your film?

I was looking for someone who has been through a lot and has had time to erode them and as an actor Danette Illig represented the spirit of that character as I found her on Facebook. 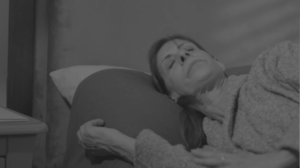 Loneliness and illness are distressing and often unspoken realities, but also cruelly normal, and common. Did you draw anything from your personal experience to make this story?

I drew experiences from my grandmother who died of pneumonia and my cousin died back in 2020. I had a lot of experiences to own up to. 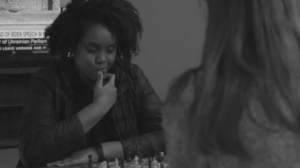 The film’s cinematography is particularly refined and apt to portray the delicacy of the protagonist. How did you arrive at this result?

We originally used two cameras and I made the executive choice to change the film to black and white. I wanted something more intimate and closed-in like the movie ‘Rear Window’. 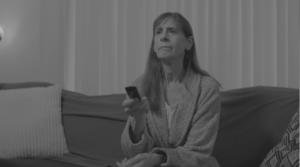 You are a very young director, but your film suggests excellent potential and a certain experience. What will your next projects be?
I am working on a feature documentary and a few projects I am currently writing.