Posted at 14:09h in Reviews by prismaadmin

What does it take to make a film?
Exactly about what we all know: a script, a theater, costumes and actors, and everything else.

But there is also something more. Will, luck, fate. Vincenzo Totaro’s experimental film “Isleness” is concerned with researching the form and substance of this something.

With the expedient of a director – the fulcrum around which the captivating production events of a film in an embryonic state revolve – missing and unavailable to fellow actors and producers, each in turn intent on securing a place in the phantasmagorical project, a small human comedy comes into being, revealing the dreams and wounds of each.

The film is divided into two planes of observation that continually brush against each other, the real one, made up of time, events, and practical problems that chase and corner seemingly everyone but the protagonist, and the more intimately human, psychological one, as light and elusive as the metaphor around which the film in the production-the plot within the plot-turns.
It is precisely this that will bring out, like a symbol capable of powers, the fears, and dreams of each character.

An unexploded trigger that will change the flight paths of each of the characters in this story, and a narrative structure that juxtaposes the personal interiority of One in the face of the particularities of the many, and of sometimes impossible communication.

A look at different cinema, seen from within with a perfect union of realism and symbolism. 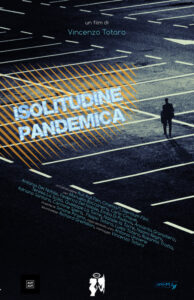