Posted at 15:24h in Reviews by prismaadmin

Inspired by several sad news events that have occurred in recent years, “HUA” (“Flowers”) recounts a passing experience that marks its protagonist and is a film made particularly intense by the direct experience of director Xueqing Yin, originally from Nanchang in China and living in Los Angeles.

The bleak setting of a public convoy in the nighttime darkness becomes an essential theater for a massacre play.

HUA is a nocturnal film, with stunning Kar-Wai-esque cinematography, that, taking as its point of observation that of a woman in the narrow, warped shoes of a casualty, sheds an alienating light on some of the dark aspects that the power dynamics between men and women, between white and black, between bad and good let emerge. This author never raises her voice; rather, she seems to whisper a series of questions like a mantra.

How much violence are we able to condone in order not to put ourselves in an uncomfortable position? What differentiates us from an executioner? Can we really change anything in a system based on prevarication?

The violence suffered by the protagonist, moreover, is not only that emanating from the individual, but that of a media system that in a time of terror has instrumentalized fear of difference, with irreparable effects on the lives of so many.

Far from the stereotyping of a victim, and glorification of abuse, Hua investigates the possibilities of redemption, guilt and forgiveness in a journey sharply marked by the steps of its protagonist. 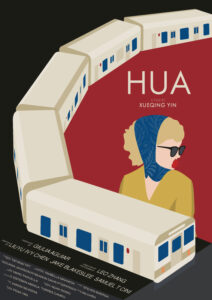