30 Ago An interview with Nisha Gaëlle Iarijhon, director of “OFF”

Posted at 12:11h in Interviews by prismaadmin 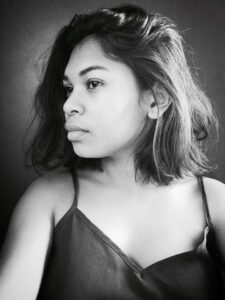 «Everyone needs to identify with a character by exploring the plurality of their point of view.»

She started by studying law in Madagascar, then towards the end of her studies, she has been able to experience acting in a television series in her own country, and in a short film. After graduating, she decided to move to Morocco to study film. 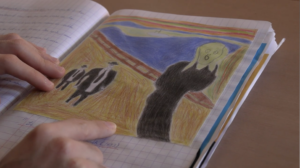 How much of your personal experience did you put into this film, which is a reflection of the construction of your expressive universe?

In a book by François Niney entitled “Le documentaire et ses faux-semblants”, I came across a reflection that seemed relevant to me, which is the lie behind the frame. In a portrait, as in life, one must dig beyond what one sees when trying to get to know a person. In exploring this analysis, I wanted to play with a juxtaposition of sound and image to show the visible and invisible aspect of my subject, in order to give an illusion of reality. 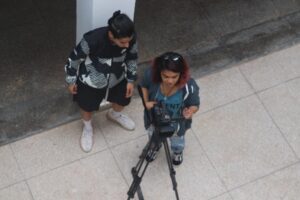 Finding your place in the art world is not easy. What in particular pushed you to do this project?

It’s a school assignment, where we had to make a 3min portrait on a subject of our choice. I preferred to choose a quite ordinary person, even if I detected in him a rather special characteristic. My challenge was to reveal his hidden particularities so that he could be understood by those around him. 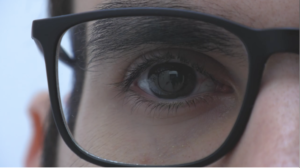 What advice would you give to young directors who are entering the world of cinema for the first time?

First of all, it is to document yourself. Draw inspiration from the vision of other filmmakers, in order to give a new breath to the cinema. I would also like to add that one should not be afraid of constraints. It’s a way to experiment with a new format. I think constraints are necessary to push us to look for our creative genius. 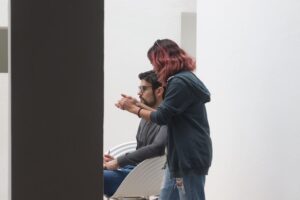 What are the projects you are currently working on?

In collaboration with a friend, we had started to write a script inspired by Malagasy folk tales. I have also started to write some stories based on realities in Madagascar. I would like to be able to contribute to a local cinema being recognized in my country, and the cultural identity would be a major asset. 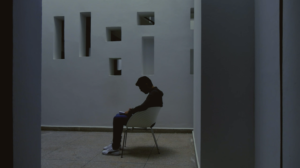