«Bless Me Father» by Gianni McLaughlin

16 Ago «Bless Me Father» by Gianni McLaughlin

Posted at 09:40h in Reviews by prismaadmin

When we see Vin, the protagonist of this film, enter the church and begin to confess his sins, we are not sure what we are about to encounter. The elusive yet full of himself protagonist leads us to doubt his intentions.  Doubt, deception, and the constant threat of betrayal are the atmospheres to which Bless Me Father accustoms us from the beginning.

A genre work that shows the extreme consequences of the thirst for power, and of the desperate attempt to save oneself when the ties of ‘Family’ threaten to strangle.
Exaggerated, powerful, and menacing, the film is a headlong rush into the consciousness of the protagonist, when it may already be too late for redemption but too early to stop.
All the elements of the Mafia genre are masterfully used by the pair Gianni Mclaughlin and Milly-May McLaughlin in their debut. They nonetheless imprint a decisive new authorial stance on a sempiternal story.

Grief and awareness of one’s life are the central keys to entering the labyrinth of Bless Me Father, about choices from which there is no turning back.
A riveting thriller with all the action elements, Bless Me Father goes beyond the premise of the plot and leaves a message of hope without wanting to moralize. 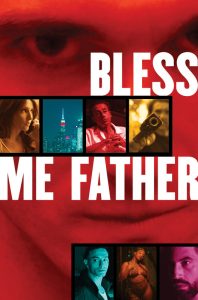