Chandler Balli’s unique creativity and gaze have finally returned to our screens: after his first work, the disturbing One Left, we have been able to see Sect, a richly nuanced story and perspective in which the boundaries between good guys and bad guys are increasingly blurred.

Just when Luke – played with intensity by director Balli – is beginning to climb out of the abyss of an existential crisis and is ready for a new happy life, his friend Mark starts talking to him enthusiastically about the charismatic pastor of a city church.

Despite initial reluctance, it seems progressively impossible for the protagonist to retract from the fateful encounter with what appears like salvation and turns out to be hell when the fragile Luke is manipulated into performing an act of no return that results in a spiral of violence.

The symbolic use of strong imagery references the sacred, here, however, untied from a possibility of redemption and transformed into a pressure on the fragile mind of the protagonist. His existential dimension seems to be a cage from which he cannot escape, taking the thriller to a psychological plane and turning horror into pity for Luke.

The aesthetics and soundtrack play a major role in telling the story of this young man’s desperate search for a place in the world, for an identity increasingly fragmented by the impossible introspection he undergoes throughout the film. 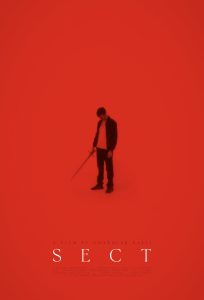