«Memories of Another» by Victor Blaho

23 Giu «Memories of Another» by Victor Blaho

Posted at 14:59h in Reviews by prismaadmin

Memories of Another is the latest film by French director Victor Blaho, the result of two years of work that recently began its journey between international festivals and is soon expected to be released digitally online.
The film chronicles a troubled journey into the altered consciousness of the protagonist, a modern version of the myth of Orpheus and Eurydice, the human being’s vain struggle to put the pieces back together when something breaks.

After being accused of murdering his fiancée Mia, Zach agrees to let a simulation have access to his memories to prove his innocence, but nothing goes as hoped.

Bold and thought-provoking, the feature demonstrates its auteur’s ability to move beyond the genre boundary, using the dystopian pretext of a controlling technology–but still controlled by a human antagonist–to depict the fragility of the mind, the inherent fallacy of memory and the irremediable clash between consciousness and pure feeling.

An ambitious narrative structure, which takes full advantage of the spaces, settings, and all the nuances of its protagonists to stage an abstract meditation on love and on the real, or virtual, possibility of memory, a fascinating and sick mental journey.
But it has to be said that this film is also the story of a true, intense, but tormented love from both inside and outside, told with grace and toughness and the sincerity of a warning: that some mistakes one makes in life, virtual reality or not, there is no way to fix.

So there are many reasons to love a film as reasoned and new as this one, and whatever your reason for wanting to see it, you will find before you a film capable of touching mind and heart, brilliant and cruel, and certainly memorable. 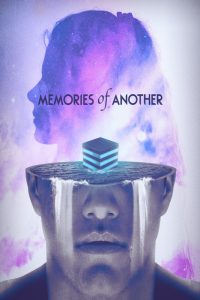