20 Giu An interview with Silvia Chen, director of “For Your Own Good”

Posted at 15:12h in Interviews by prismaadmin 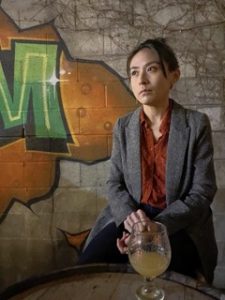 «Cinema is a marvelous approach to convey messages. The voice can travel across borders, create deep bonds between different cultures and languages–which brings people around the world together.»

Silvia Chen is a New York-based film and television producer. She came to the U.S. from Taiwan with 6-year background in television advertising and music video production. As a proficient producer, she has produced over 40 TV commercials broadcast in Asia where her clients included Audi, Biore, Mazda, Suntory and P&G. A music video she produced, Slow / Oriental by Sunset Rollercoaster, won the prize for Best Music Video at the 2019 Golden Melody Awards in Taiwan.

Since moving to New York, Chen has produced a number of award-winning short films. She received an MFA in Film from Columbia University School of the Arts, where she was the recipient of the Richard Brick Fund for Special Distinction in Line Producing. 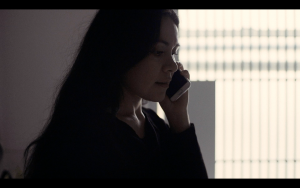 “For Your Own Good” is a slice of reality that vividly describes a universal and current reality through a few tableaux. Did you take inspiration from any of the stories you came into direct contact with?

My mother is from a poor family and she has 3 older sisters. Because of the tough financial situation (also because of the heavily patriarchal society), my grandmother had to put up her 2nd and 3rd daughters for adoption. My two aunts still keep in touch with the biological family. One time I had dinner with my mother and my amicable 2nd aunt, who’s in her 60s, happily retired, and full of positive energy. When my mom mentioned my grandmother, my aunt said “I still can’t forgive her, and I never will”. Then there was a long silence at the dinner table. I was surprised that those words came from a loving woman. I can’t imagine how much distress, and family tensions they’d been through. That was the starting point of writing “For Your Own Good”. 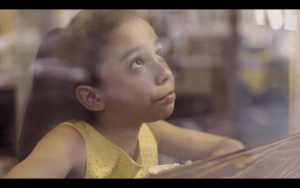 The film conveys a feeling of urgency, almost a tearing in the consciousness of the protagonist in making this decision, which is a little-addressed topic when it comes to migration. What is the reason for this decision?

When I was writing the script, I wrote a lot of backstories: How the living situation is in Juárez Mexico, what kind of anxiety people have when there’s a political realignment (although it could be from politicians’ manipulation), the acute difficulties that minorities face…etc. I got lost in building up the world of the characters and their backstories. My screenwriting mentor suggested that I should focus on the core of the story– “No matter how harsh the world is, the parents want what they think is best for their children”. There’s no right or wrong about the decision, just like the moment I shared with my mother and my aunt. 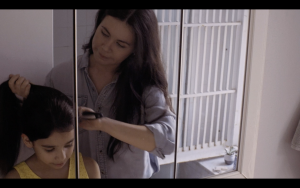 What was the biggest challenge in making this project?

There were several challenges.

It took us a while to find native Spanish-speaking actors that fit the age range of the characters. In the middle of the casting process, I even walked from Washington Heights to East Harlem, just to distribute casting call flyers– which was an interesting experience, people were very nice, despite my broken Spanish. I feel very lucky and grateful to have such an amazing cast to assemble the family in the story, furthermore, they had exceptional chemistry. One week before principal photography, I was still in Cuba for the production of another film. With the unstable internet, it wasn’t easy to work remotely with the crew in New York. Yet we managed to make everything fall into place. 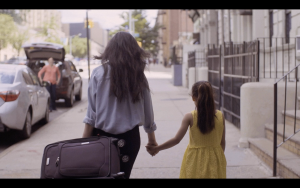 It’s indeed a risk to direct/produce a film in a language I don’t speak (although I keep learning). My co-producer and 1st AD are both native Spanish speakers. A good friend of mine who’s from Basque Country also helped me with the audition. The blessing is, I could focus more on the actors’ performance, not the way they deliver the lines.

Independent filmmakers usually struggle with the budget. When something can’t be achieved due to time or money (or both), instead of just killing the initial idea, I feel it is important to discuss with my collaborators to see if any alternative can be found. And I say this not just in a compromising sense, but to find solutions that could help us elevate the production value. I am always striving to find the best way to tell the story and make the best possible movie. 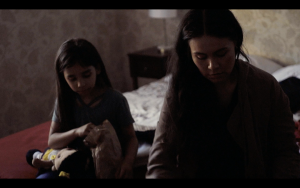 I’m currently working on several new projects as the producer. 3 short films in pre-production. 2 features in development. I work closely with the writer-directors. I’m also in the process of writing a TV pilot. It goes without saying that after each production, all the hassle, predicaments and stress we’ve all  gone through then became trivial. Because I know we’ve done the best possible work I could. And then I’m up for making another film. 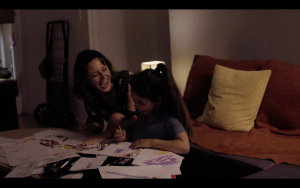