Posted at 12:16h in Reviews by prismaadmin

Did you think SirCooly’s adventures were over? They aren’t.

The self-proclaimed best rapper in the world returns with his gang in a whirlwind of comedy, spites, absurdity, chaotic dynamics, and very precise comic timing, supported as always by Schmidt, who is hilarious in the role of SirCooly.

This time it’s Groundhog Day, and our hero can’t pass up the opportunity to combine one of his exploits, which usually end in disaster…
Among new friends and old helpers in the multifaceted micro-universe, in which the characters are immersed and with which we are now familiar.

The hunt for a cute little wild animal is the pretext for a new burst of pure comedy in the style of Christina Barton and Nolan Schmidt, directors and writers who have called this episode the best so far. We agree!

Continuous gags, lots of irresistible characters. What else to expect from SirCooly? 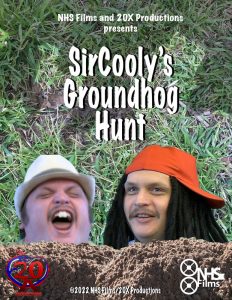