«The Four Walls of Charlotte Moreland» by J. Benedetto, A. Stover

27 Apr «The Four Walls of Charlotte Moreland» by J. Benedetto, A. Stover

Posted at 15:19h in Reviews by prismaadmin

At a time in history when much is being said about violence, and the cultural shift in paradigms between genders, we don’t think we’re exaggerating in calling “The Four Walls of Charlotte Moreland” a necessary film.

Joe Benedetto and Alison Stover’s new short film tells the personal and universal story of a woman – beautiful, white, and socially “privileged” – who falls victim to psychological violence at the hands of her partner.

The signs of violence are not on Charlotte’s body but on her brain. In fact, she seems to be ‘locked out’ of her mind because of the lies and alienation her abuser has inflicted on her.
In following the uncertain steps of a person looking for a way out of the tunnel, it creates a strong dose of terror by exploiting universally understandable fears – and which strikes a particular nerve with abuse victims.

At the height of a sober and impeccable direction is the performance of the protagonist Alison Stover, who with generosity and audacity falls into the not easy task of impersonating a victim of violence: we are light years away from the cliché and stereotype, this dramatic story, told with realism, but not without offering a message of hope, testifies that a work of research on the subject was carried out with due care.

Also noteworthy is the touch of cinematographer Dominick Sivilli, who against the tide chooses to tell a bleak story with bright tones, and whose muffled atmospheres and rosy photography narrate the rebirth of a female figure as a whole. 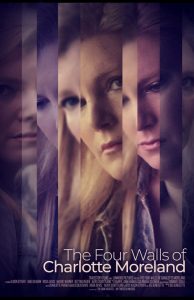