Posted at 16:21h in Reviews by prismaadmin

Ancestral Land is a fantasy short film that has as its protagonist a young traveler, who we see venturing into a dense forest immersed in a winter climate, completely uninhabited except for a mysterious female figure.
The initial communion that the protagonist seems to feel for the nature that surrounds him is put to the test during his journey and the choices that will lead him to make.

Ancestral Land, whose narration is entrusted solely to the light of the natural setting and the music, is a short film full of magic and symbolism, a metaphor for the relationship between nature and its inhabitants, corrupted by human greed.
In conveying a message of hope towards pacification between man and the world, director Gabriel Bissonnette signs a successful exercise of style capable of offering a different point of view on a sometimes inflationary theme and of capturing the viewer’s attention. 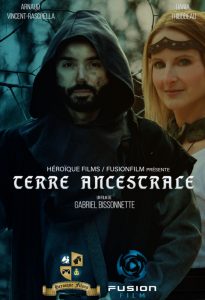