«I Am Bernabé» by Humberto Espinal

19 Apr «I Am Bernabé» by Humberto Espinal

Posted at 08:15h in Reviews by prismaadmin

Dominican filmmaker Humberto Espinal returns to feature filmmaking with the urgent and humane “I Am Bernabé,” a story of the invisible migrants who attempt to reach the United States from South America and cross all over Mexico by makeshift means.

Bernabé, the female protagonist with a man’s name, (played by actress and producer Yahaira Florentino) is a single mother from the Dominican Republic who risks everything she has in an attempt to reach the U.S. and be able to help her family. The journey, approached with an optimistic spirit and determination, proves to be increasingly fraught with difficulties and dangers.

Filmed in various small Mexican towns, the film is a true epic poem that sees around its heroine helpers and antagonists, who show with an impressive mixture of realism and poetry every complex facet of the paths faced by migrants in an attempt to reach the American dream.

This complex story is exploited by the director to convey a political message about a tragic issue, but it is never instrumentalized: while it may seem like a film about an issue, it is actually a film about people, an anthropological melodrama that shows without judgment human nature put to the test by dramatic conditions.

«I Am Bernabé» is finally a noteworthy, thought-provoking film inspired by the many stories of men and women whose names remain unknown on what for many is a deadly journey.
Although it is fictional, there are no unreal notes in addressing an issue that touches the entire world, and where women are the most vulnerable, as at any age they can be victims of violence and organized crime. 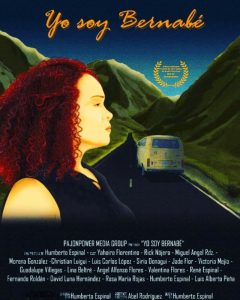