Posted at 15:36h in Reviews by prismaadmin

“Brain Teaser” is not the story of the end of love, or rather, it is not just that.

In this directorial debut of a short film, Francesco Bambi captures all the nuances of the complex dynamics in a loving couple who are also colleagues, in a complex and repulsive world like that of contemporary art.

Giulia and Neri share life, home, and the ambition to be artists in all respects, but with mixed fortunes: she, technically very gifted, remains relegated to anonymity because she cannot find a style that can be her signature, while he, histrionic and tormented, managed to be successful thanks to a lucky intuition.

Between the two winds, until it explodes, an unhealthy power game, in which jealousy between lovers recurs but also a competition between artists, arrogance and insecurity, almost a cerebral sadomasochism.

It is on the character of Giulia, the apparently fragile protagonist, on which the observer will easily feel his own pietas, who in the short duration of the film grows, evolves, changes, finally taking the first step towards his own artistic autonomy, and personal.

With precise packaging but rich in layers, the director pushes us to look beyond the apparent surface of things, in a powerful and compelling drama about codependency and rejection, which transmits a very clear message of rebirth and love for oneself. 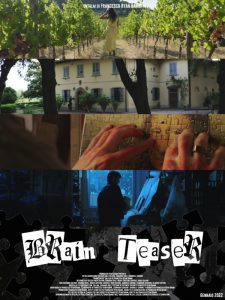