«A gunshot, or; on the art of quarrel between two gentlemen» by Federico Gatti

02 Feb «A gunshot, or; on the art of quarrel between two gentlemen» by Federico Gatti

Posted at 12:44h in Reviews by prismaadmin

With «A gunshot», Federico Gatti creates an interesting short film halfway between a sumptuous visual exercise in style, and a daring thesis on the cinematographic medium by the young director.

Two gentlemen are about to fight, consensually and on equal terms, in the name of their theoretical conception of human faculties. It is worth noting that in the norm of the duel, the choice of weapon only falls on the pistol, and not on a blade, when a “terrible” offense has to be smoothed out.

Set in an eighteenth-century rural landscape aesthetic, but without a particular interest in the slavish restitution of a specific reality, the film is built on the correspondances between form and content: the duel itself, a violent clash, and at the same time a socially accepted formal situation, and being willing to die for ideas, but without any transport.

From the first frames we can expect any epilogue, while the atmosphere of solemnity increases the suspense: in the final, this very short film forces us to remain displaced, amused and fascinated in any case. 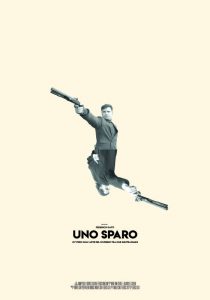