«Bury the Truth» by Enriko Hamzaj

Posted at 12:12h in Reviews by prismaadmin

In his third short film, the young director Enriko Hamzaj recounts the fall into a spiral of violence in a dramatic thriller with psychological implications.

On the outskirts of Tirana, an injured and distraught boy asks for help from a friend whom he trusts blindly, but the search for revenge will lead him to self-destruction.

We see the two protagonists in a continuous, tight movement, as in a sort of impossible escape, which emphasizes the crescendo of tension until a tragic epilogue.

The Director of photography and the use of light contribute to the diegesis, underlining the passage from darkness almost complicit in the violence that takes place in the first part of the film, to the most brutal truth that is revealed to the protagonist in the natural light of an exterior, demonstrating the richness of the visual language in the director.

The result is a distressing short film that, through an exacerbated representation of insanity, explores the fears, pains, and dissociations typical of contemporary life. 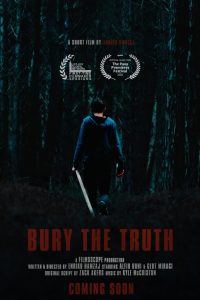