Posted at 16:16h in Reviews by prismaadmin

The director of this short film is an author who we will keep an eye on in view of his future works; in fact, it is the film itself that suggests how much he has to say and to show, even in a small cinematic space.
«Perspective» is in fact an interesting exercise in style created by a very young aspiring director, Kalle Saarinen, who stages the opening of a gaze on the dark realm of creative inspiration and obsession with cinema.
Motivations that unite him to well-known examples that preceded him, but achieved with a distinctly earnest and personal voice and gaze.

The great strength of this short film is being able to communicate at the same time the pleasure of observing life from a cinema seat, and the desire to capture, and let flow in front of a spectator, images from real life. 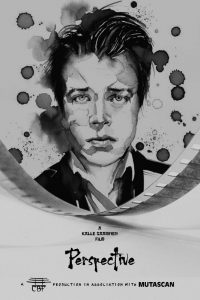