Posted at 13:48h in Reviews by prismaadmin

“Sheepskin”, a student project directed by two young directors, right from its title aims to investigate the way in which a different reality hides behind a deceptive appearance; and it definitely manages to carry out this proposal. The plot is a cutaway of a woman’s everyday life, in which social themes of urgent relevance intersect. The protagonist is in fact a korean girl who immigrated to the United States, who suffers violence within her relationship with a young American man, but tries to reassure her distant family in a letter.

In a closed setting, reminiscent of theatrical cinema, only the details slowly reveal the collapse of a wall of illusions, probably both inside and outside the girl’s mind.
The muffled atmosphere soon gives way to an unexpected plot twist, and the climate of tension becomes more and more emerging, thanks to the skillful contrast between the words of the protagonist, a monologue for a solo voice, metaphorical of the difficulty of finding the words to escape the violence, and the images of pressing psychological and physical violence inflicted by her partner.

Finally, as in a parable, the protagonist understands that only a decisive choice will change her future. 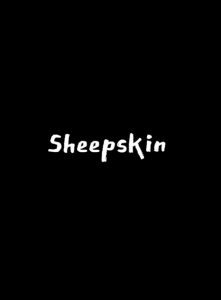