11 Ott An interview with Denis F. Miala, director of “Where Was I?”

Posted at 14:57h in Interviews by prismaadmin 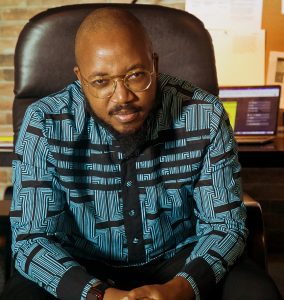 «Our stories have been told, they need to be seen»

Born and raised in civil war Angola, Denis used to tell stories to his elder siblings before bed. At 11 he migrated to France where he would found a passion for movies and the art of storytelling. When he discovered that you could actually learn how to make a film, he changed his life plans and decided to became a film director. He worked in France, directing music videos and in 2010 he cameback to Angola and started working on music videos for local superstar artists. He directed more than 100. Besides being a music video director he started other business and almost forgot his dream of becoming a film director, until the pandemic hit and he decided to work on achieving his long forgotten dream, becoming a film director. Moça, is his first work. 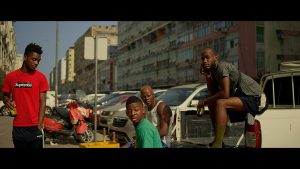 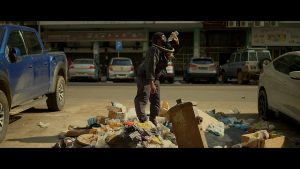 “Where Was I?” is a dynamic, intelligent and extremely fascinating film. We appreciated the freshness of the storytelling that is accompanied by a poetic and spectacular direction. This film also starts from a very interesting premise: the ability to tell a story, which is basically what any director needs. Is there a biographical element in this need to represent the unifying power of the tales?
Definitely. Although I was the youngest, I was the bedroom storyteller while growing up in my grandparents house, in Angola, with my elder brother and cousins. Plus, we Africans, are from a culture of oral transmission. So before we could watch tv or read books, we listen to the elders telling us stories about the old days or myths like the one in this movie. In Africa there is always the need to tell a story. We value the past a lot, it’s where you can learn the most. Kinda like in this film. 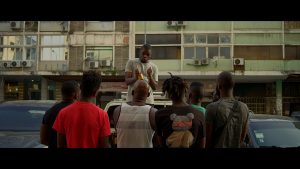 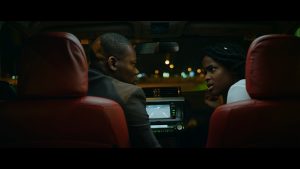 “Where Was I?”, between the lines of the story, also gives us a personal and interesting social portrait of your country and the young people who live there but it is full of fascinating creative ideas. How did the idea for this film come about?
It’s a free adaptation of one of the myths that we heard about, growing up. Our version of the “don’t take a stranger in your car” rule. Adapted in the Luanda of today, it came with the inequalities and the economic growth that pushes people far away from their places of work. And I wanted to tell a story that represent Luanda with all her dresses. The city, the night lights and the out of town areas. The screenplay was for a long film first, we had to do a short for budgetary reasons. 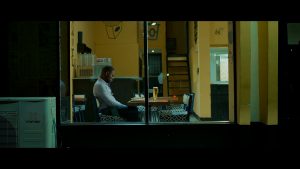 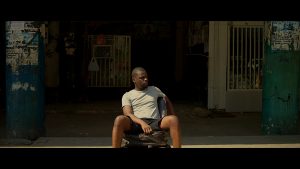 We don’t often get films from Angola and your film impressed us a lot. First of all, tell us, what is it like to make films in your country? Does the audiovisual industry support young authors? Is it easy to find a fertile and independent creative environment? And above all, is there anything you would like to change?
Making films in Angola it’s very difficult. But It used to be even more. The growing music video industry is making it easier to find people that know how to set up lights, or a camera. We still have a long way to go, but I’m hopeful.
There’s no support at all for young filmmakers, we really have to find ways to make our movies without much resources. Thank God for YouTube.
Right now, we, a group of filmmakers, are taking steps to make significant changes. We teach, we sponsor, we learn too. We are basically trying to inspire others to continue the oral transmission tradition in film.
We know that you have also lived and studied in France. What has French film culture taught you? Did it help create your style?
I think the most valuable lesson I learned from French films is, don’t be obvious. The audience is smarter than you think. “Where was I?” Is a fable, the message is there but you have a good time first and then you discover the other layers of the story. It taught me the love for words too. I love dialogues, conversations. It will glue me to my seat, more than actions scenes. It definitely helped create my style.
Now that you have debuted with your first short film, what do you think awaits you in the future? Are there any new projects on the horizon?
I will produce some shorts here in Angola. We got a lot of stories to tell. I’m convinced that the next “Nouvelle Vague” will come from Africa.
I will certainly do another short-film this year, because it’s a way to bound the crew and prepare them for the next step. And i’m already writing my first long movie, hoping to released it by 2024.