Posted at 13:14h in Reviews by prismaadmin

The fascinating beauty of “Helpless” is certainly in the power of its storytelling. Certainly, in fact, the great ability of Julian Wolf and Julian Heinke, the two directors of the film, was to be able to tell a story of courage, redemption, identity and suffering without ever referring to the pathetic clichés of some social narratives. Marcel, the protagonist of this story, is in fact a disillusioned paraplegic, who finds himself, for once in his life, on the opposite side of the barricade, the one that separates the victims from the rescuers and, too often, the able from the disabled. The way the story unfolds is increasingly surprising: it’s impossible to expect anything from this film, and Wolf and Heinke are great at taking the narrative into entirely new spaces. From a superficial point of view, the screenplay, while dealing with themes with a profound social significance, still manages to outline an exciting and engaging narrative mechanism, capable of also functioning as mere entertainment. A few layers below, however, it is possible to appreciate the construction (both visual and psychological) of a disabled character who is totally autonomous and independent in his identity. For once we are not faced with the allegory of a disabled person. Marcel is a person and as such he is trying to find his place in the world, to deal with the feelings that govern his life and to manage situations that confront him with the great truths of his life. Isn’t that what we’re all trying to do?

In this film, disability finds a space for sincere expression, truly capable of making everyone understand the normality of this human condition and at the same time its unavoidable differences, which make it important and worthy of attention. The sensitivity and depth of the story is crowned by a technically flawless staging. The pale and bluish cinematography of this film, which casts a melancholy aura on the world, accompanies us into the most intimate spaces of the story and the direction itself, with discretion, is always refined and at times austere, interested in telling a truth rather than decorating it.
Let’s hope this duo gets back to work on a new story soon. 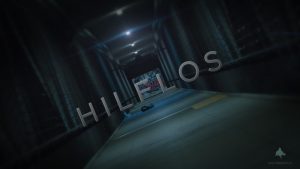