“The Death of An Artist” by Songhuan Li

22 Giu “The Death of An Artist” by Songhuan Li

Posted at 10:53h in Reviews by prismaadmin

“The Death of An Artist” was certainly a surprise. We literally discovered it, just as we discover an unknown island, an old book or a watercourse. Looking at it, we had the feeling that the story was about all of us in a way, as if it knew us well before we met. It is an obvious feeling when you are faced with such a wild, original and mystical film, which looks like no other short film seen so far.
Songhuan Li’s new film is a long and painful journey, which in the end still manages to give some sense of nostalgic relief. By superimposing the American desert (place of travel par excellence) with spiritual research, Li manages to create a vast itinerary, which seems to go much further than the end of the film.

“The Death of An Artist” does not speak only of an artist, in fact, but speaks of all of us and of that sense of loss that often only indicates the need for a new way or a terminus that has the power of a catharsis .
In the desert of “Death Of An Artist” it becomes increasingly difficult to distinguish the symbol from the object, the reality from the vision and the gesture from the ritual. Everything seems to return to a single center, which reunites the dichotomies and desperately tries to trace a single path for our lives. We don’t really care about getting answers from this film. The wonderful questions it raises are already enough and the film proves to be an experience if nothing else strongly suggestive: the scenography, the costumes and the splendid cinematography make this film incredibly attractive and it is very easy to disappear into the folds of this dream and follow Li’s wise camera. 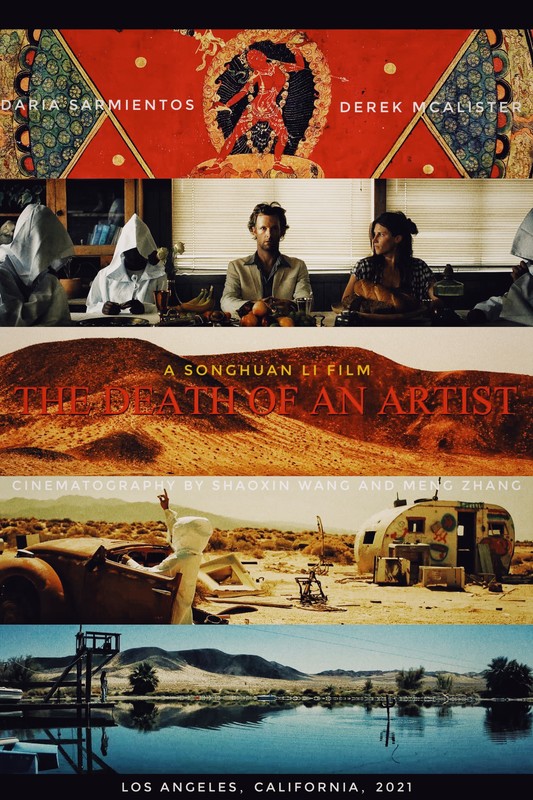