“The Lights of Dawn” by Sadie Duarte

17 Mag “The Lights of Dawn” by Sadie Duarte

Posted at 12:26h in Reviews by prismaadmin

“The Lights of Dawn” is Sadie Duarte’s latest, fascinating work. From the first images, it is easy to perceive a pleasant sense of bewilderment and curiosity.

What distinguishes “The Lights of Dawn” and makes it recognizable among thousands of short films, is in fact the profound originality of the visual and poetic system.
Starting from real events, linked to the legendary figure of James Dean, Duarte’s film traces a completely unpredictable path, with a wide poetic and narrative breath. The tragic story of the American actor is expanded to a universal meaning, which investigates the mystery of death, eternity and memory. For this reason the protagonists are immersed in a world that is only apparently familiar, which is in reality a transitory space, where the spiritual consistency of past lives persists.

From a visual point of view, with great courage Duarte revolutionizes the classic schemes of staging and sharply separates the image into two complementary visions, which help to visually expand the meaning of the film. Although independent production does not allow a complete technical realization of this vision, it is impossible not to perceive the charm of this revolutionary approach, both human and metaphysical.
The script, in every moment, manages to enhance the emotional value of the narration and the actors interpret this complexity with an impressive naturalness, which completes the experience of the film.

“The Lights of Dawn” is a film, therefore, that deserves to be seen several times, because it is elegantly layered. 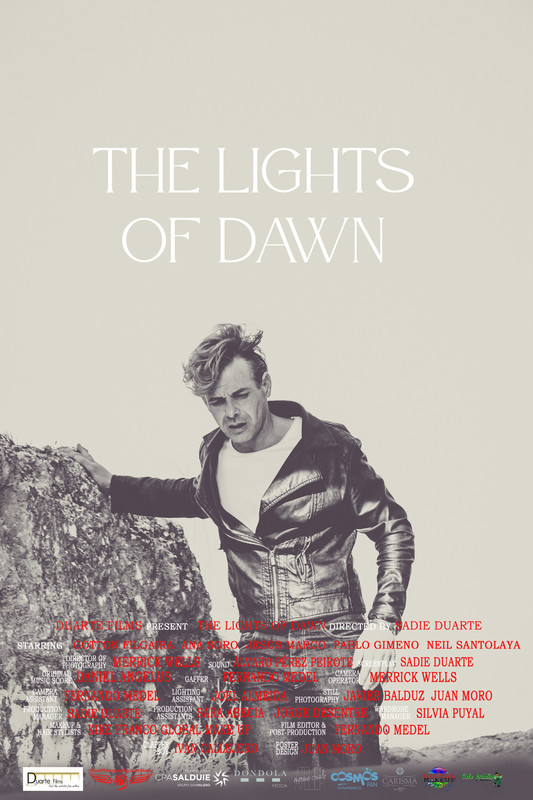