“The Disparity” by Kasey Flynn

28 Apr “The Disparity” by Kasey Flynn

Posted at 09:36h in Reviews by prismaadmin

“The Disparity” is a short film that comes at the right time. After the dramatic outbreak of the COVID-19 pandemic in 2020, the world is finally beginning to reorganize its systems and defenses. To date, the vaccine represents the greatest hope for all of humanity and all the governments of the world have mobilized for the rapid and effective distribution of doses. At this point, the health emergency is decreasing (almost) all over the world and the problem becomes mainly political. Precisely at this point, director Kasey Flynn points his camera’s gaze towards the lights and shadows of a social balance that is not always stable.
Indeed, it seems that the pandemic has once again demonstrated the fragility of those institutions that are supposed to protect minorities and protect the poorest sections of the population.

While addressing the American political system, “The Disparity” actually speaks to the whole world. The tough American social struggles once again become an occasion for a global reflection on a better welfare.
Flynn’s film is even more surprising when you consider that it is a short film: in just twenty-one minutes, the director manages to ignite a much wider discussion than its mere temporal extension. Unfortunately, there is not much space for an exquisitely human study of the people interviewed. We felt the lack of greater emotional involvement but we know that, in a short film, time runs fast. Although the short format has prevented a greater attention to film storytelling, “The Disparity” shines for the strength of the faces and stories narrated and for the great capacity for synthesis and empathy. 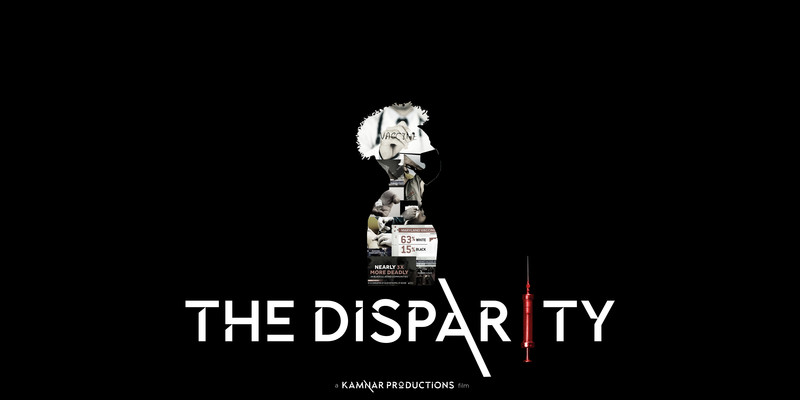