28 Apr An interview with Miguelangelo Hexylvania, director of “The Lost Thoughts Of Midnight”

Posted at 09:55h in Interviews by prismaadmin 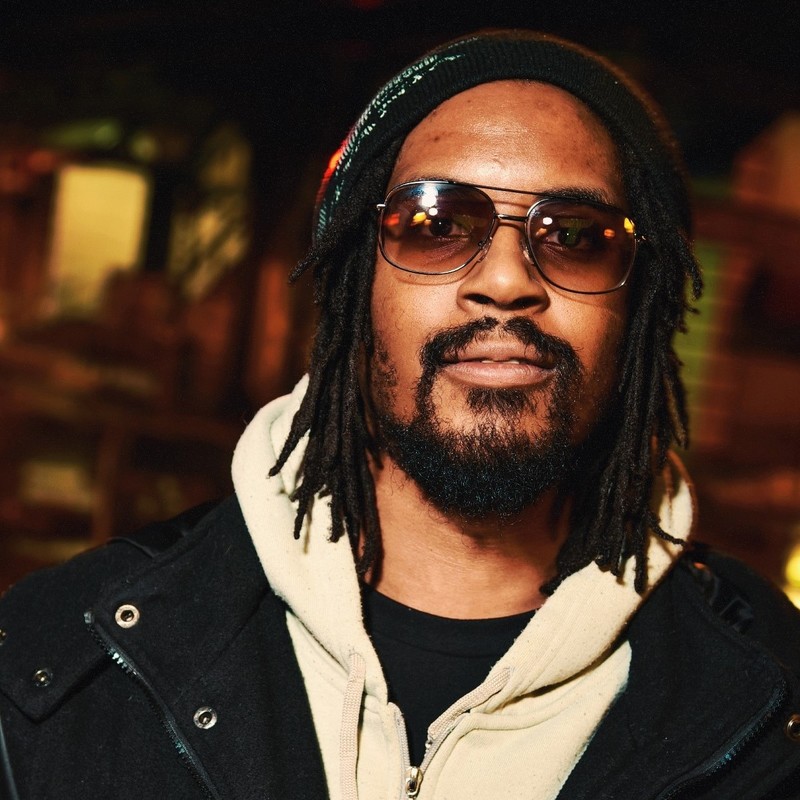 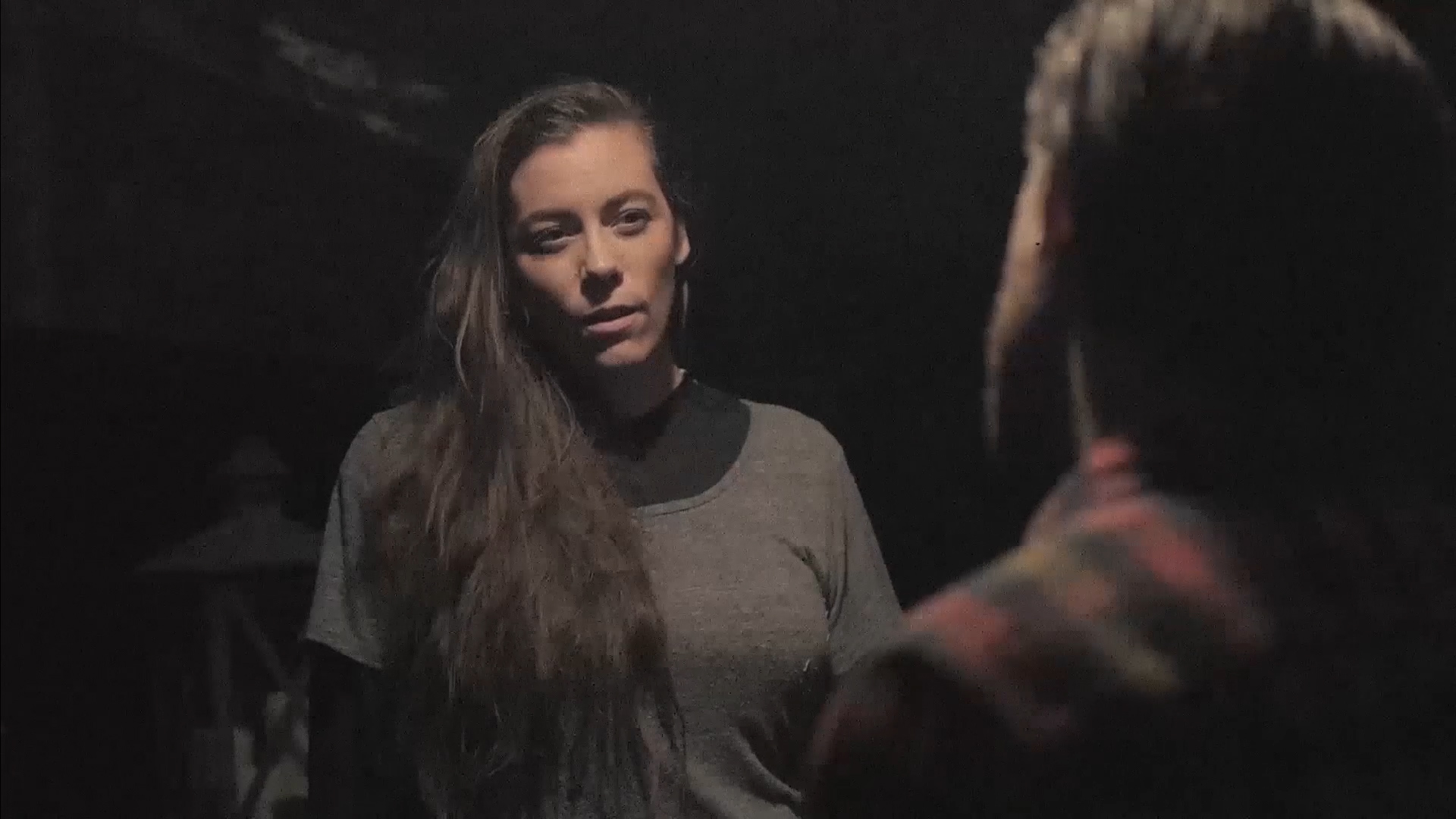 The disturbing atmosphere of this film envelops us like a shadow from the very first minutes and accompanies us throughout the film until the shocking finale. How did the idea of this fascinating story come about?

(Laughs) Disturbing is definitely one way to describe the atmosphere in the film, I’ll give you that. As for the story, it’s actually based off of a short film I made ten or so years ago, maybe even longer, titled “Closure”. I had been trying to make this like, opus of a film called “Odyssey”. It’s kinda like my Citizen Kane or Chinatown in terms of scope, and it was just wall after wall at one point. My friend, Matt gave me the idea to scale back and turn Closure into a full length film, which made so much sense to me. I incorporated elements while tweaking the narrative to fit with bigger concepts I had at the time, bigger elements. I wrote the script in seven days, which is something I have only ever done twice, maybe three times in my entire life; in which the story basically wrote itself. David Lynch calls it “Catching Big Fish”. Whatever it is, when the whole story drops in your head at one time fully scoped from start to finish, for me as a writer it’s one of the greatest feelings in the world. 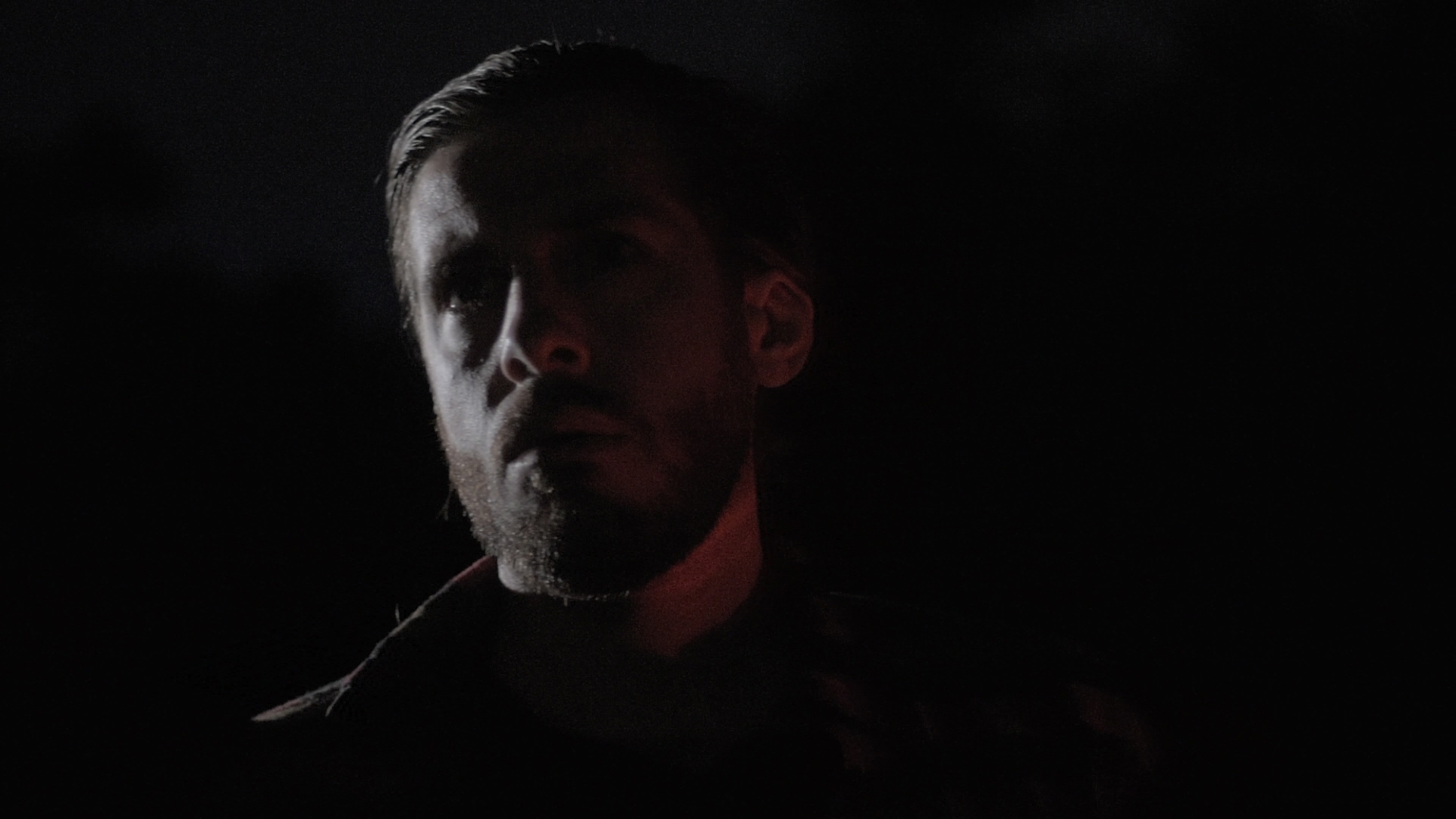 As the director and screenwriter of this film, one of your best choices was certainly the ability to blur the boundaries of good and evil, managing to make every sensation real and complex. Watching this film, as human beings, one feels somewhat questioned about the personal way of managing relationships with others. So I imagine that writing and directing this film was a very intimate experience. What do you think “The Last Thoughts of Midnight” wants to tell us? And above all, did you discover anything new about yourself by making this film?

I think this film speaks towards communication, or a lack thereof. The dangers of being complacent and at times apathetic, although all of these emotions are totally relatable and understandable. The distance we sometimes create to shelter ourselves, if it be for selfish or unselfish reasons. Did I discover anything about myself? Just on the technical side. The film isn’t very personal, it’s a story I love in a world I’ve created to play in… My dad pointed out that I might have been influenced by our trips to West Virginia as a kid and I’m inclined to think he might be onto something. 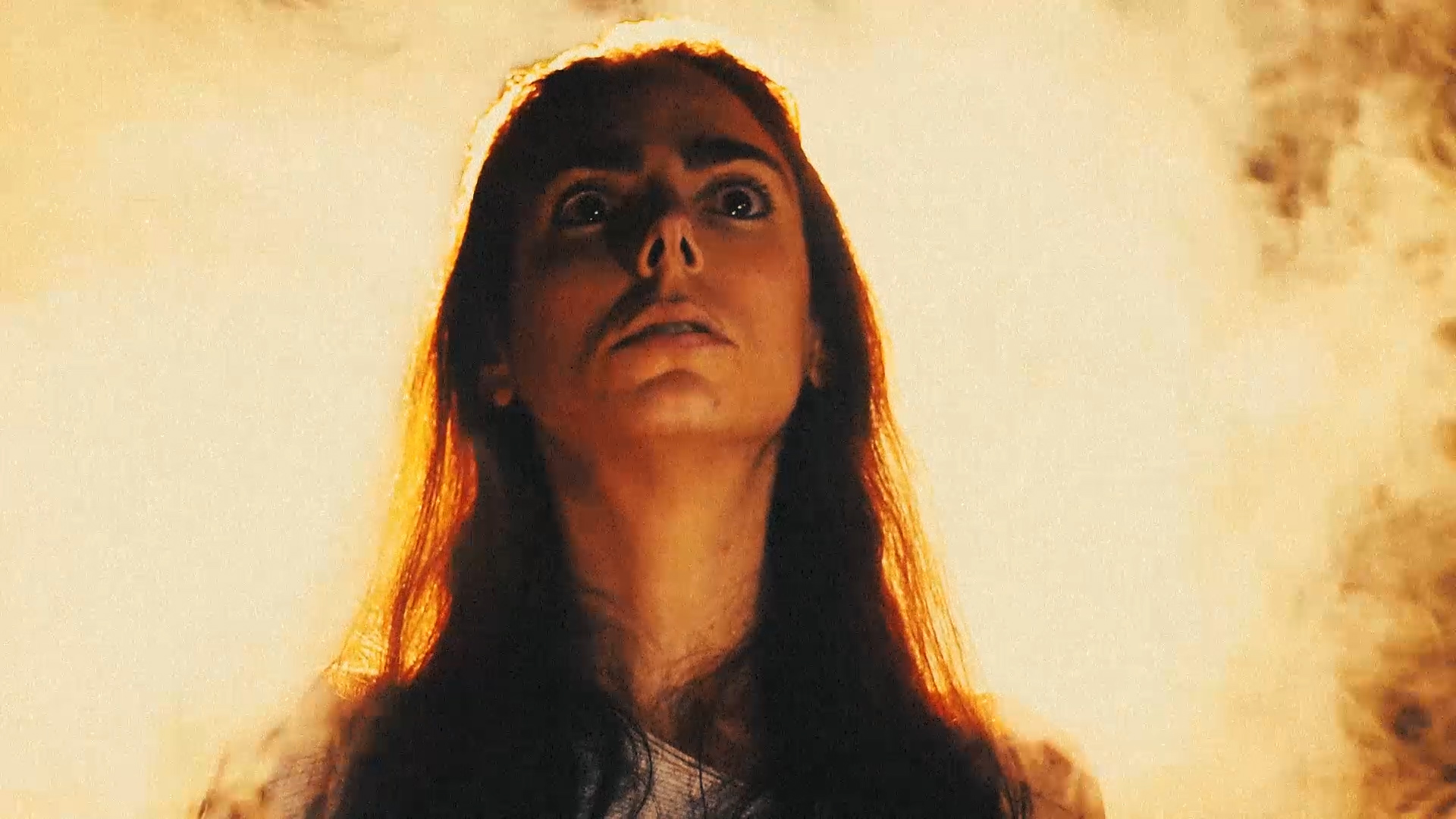 “The Last Thoughts of Midnight” has the solidity and originality of a new and interesting work, but, approaching genre cinema, it is inevitable to see a series of references and citations to certain great examples of the horror genre. What are your sources of inspiration?

I would say my work is more influenced by gritty film noir than anything, definitely psychological thrillers, mystery, heavy drama, even soap operas but I don’t know about horror so much. Who knows, I’m looking from the inside out, I have no idea. Speaking of inspiration, “The Shining” is absolutely one of my favorite films, for sure. Stanley Kubrick is probably my biggest influence and inspiration. David Lynch is someone I obviously identify with. His work was definitely an influence in some ways and I made sure to not try and hide the fact. In the finale of the film, the husband wears a shirt with Laura Palmer’s face on it for Christ’s sake (laughs). David Cronenberg is a huge inspiration! I didn’t realize it until some years had passed and I realized how much his tone influences my work, same with Kubrick, actually. I think mood should dictate the pace of a film, not the attention span of a tireless audience. It’s not my job to make people sit still, you either do or you don’t. I find you absorb more when you stop doing, and just focus on being… I don’t know if that answered your question at all, but there that is (laughs). 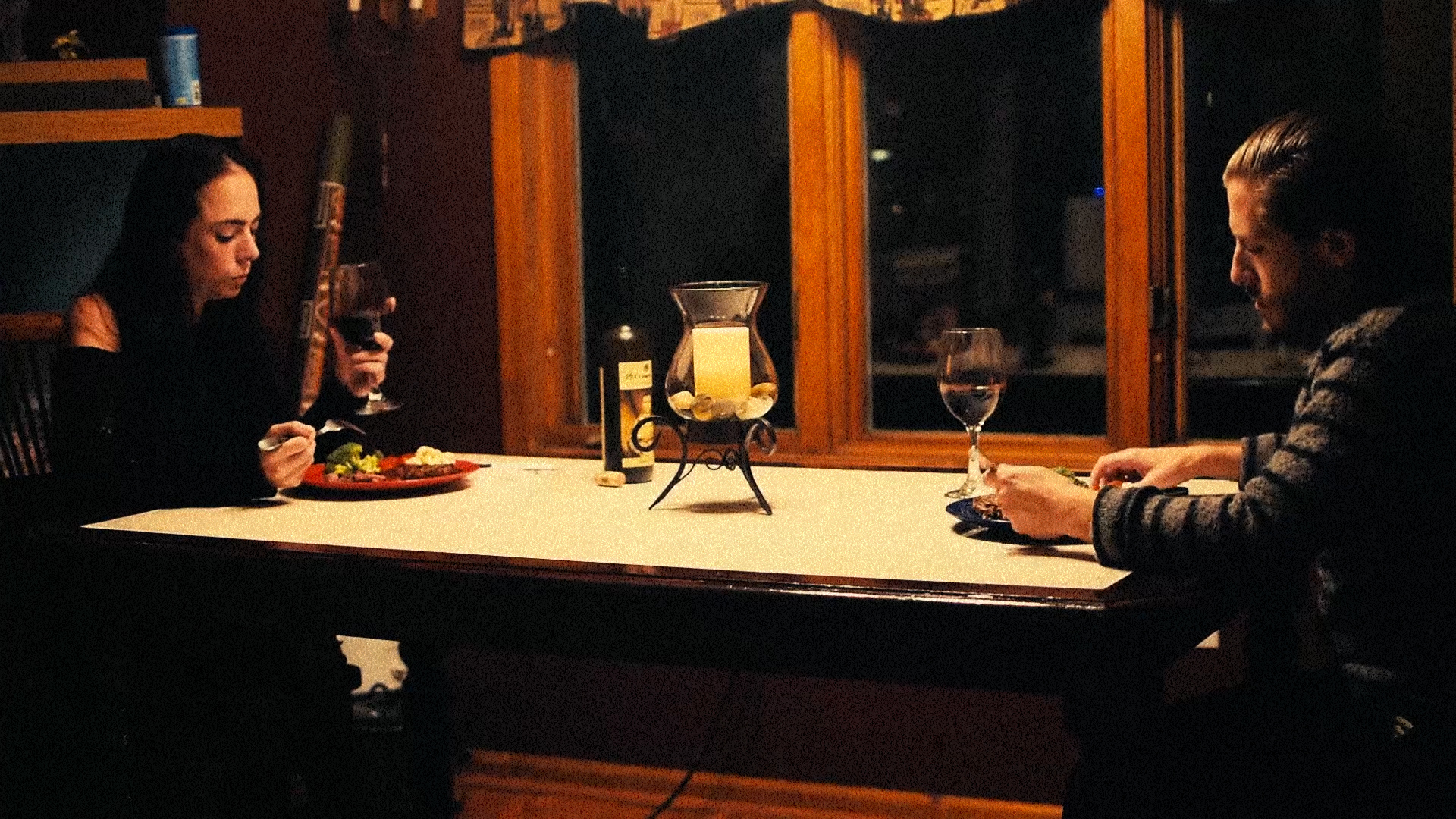 Budget constraints have not stopped you from making a film of great visual and narrative quality. Your film therefore presents itself as an excellent example of independent cinema. What was the most difficult challenge to solve? And how does the budget affect your creativity?

The most difficult challenge to solve is how to handle how flattering of a compliment that is; thank you for that. You know, to be honest, I’ve been getting so many compliments about my directorial style, and it feels marvelous. I’ve been running around with a camera since I was eleven years old. It’s a great feeling to know that it all amounted to something, so again, thank you for that. Truly.

The budget affects everything. There’s no two ways around it. As a director and creative, selfishly I try to stay as far away from any conversation involving money, but I understand I have to put in my two cents more often than I’d like. There is always something extra that comes up, especially with independent films, more so than big budget, I feel like. On big budget films, everything is better organized. On low budget films, people always flake and you’re always having to solve some major issue in the zero hour, it almost seems like a reality tv show sometimes. It’s like 80% problem solving and endless talks about what’s next, and then 20% is actually filming the thing. 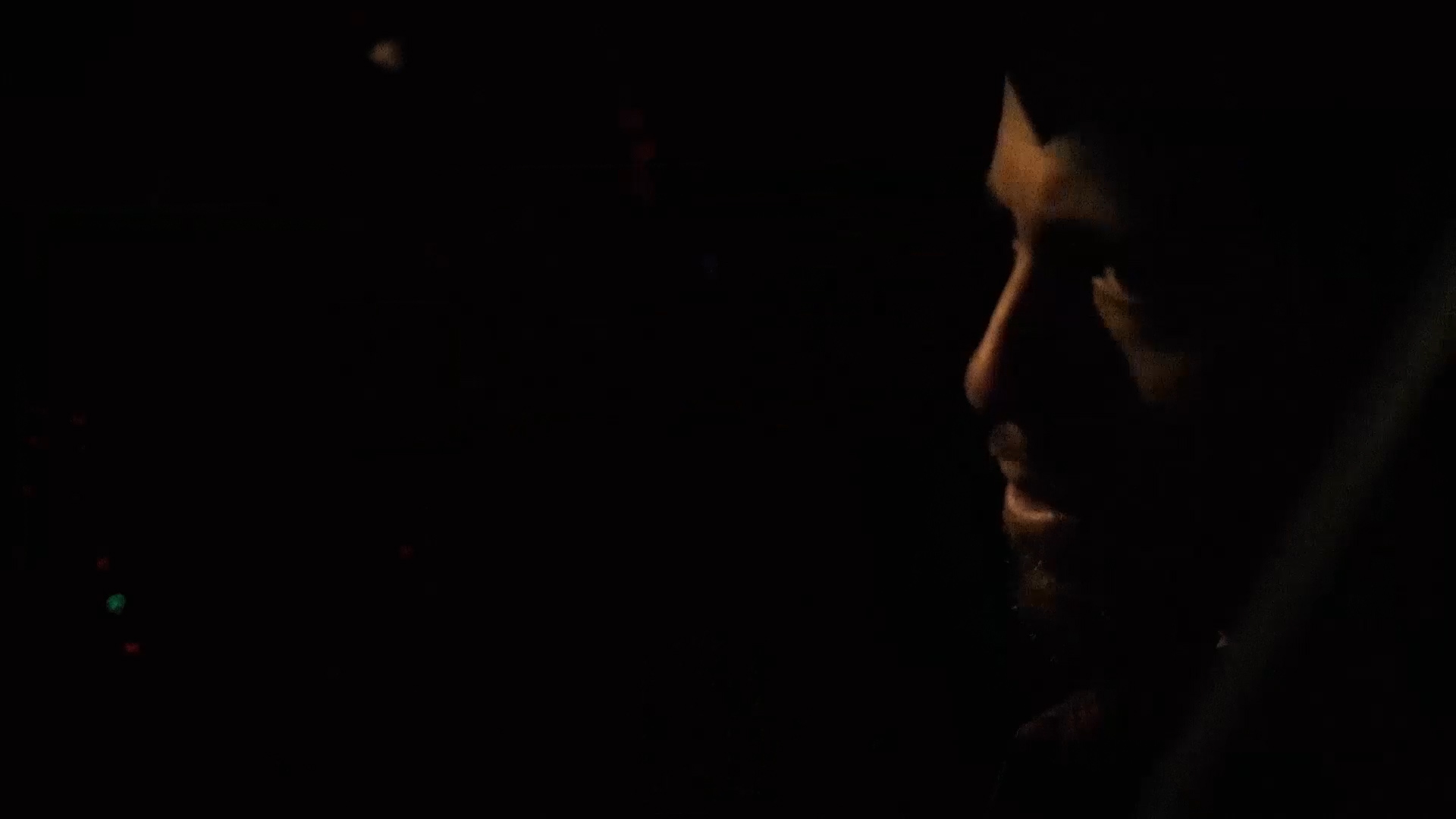 You are a multi-purpose artist and have experimented with numerous art forms. What is the relationship you have with cinema and what fascinates you about this art?

I don’t want to generalize too much, but everything I do is about storytelling. The story is always the first thing. The medium in which it is told is almost of no importance at all, so long as the story spreads among those who need to get away from it all. If 2020 proved anything, I think it was a healthy reminder to everyone that artists and creatives, directors, writers, painters, musicians, all of these people are more of a necessity than a luxury. Theater was for the poor and wealthy alike. The Nickelodeon for example. Or the Odeion. I love films because there are many different ways to pull at your heart strings. From the performance to the soundtrack, editing, lighting, everything is designed to create a mood, and it can easily encapsulate you if done well. I love the idea of pulling someone away from the troubles of their life on some Bob Hope shit for like two hours, I’ve done my job.

Of all the forms of expression you engage in, we were impressed by your directing skills. What are your future projects?

Again, I am really flattered by all of this hoopla about my directorial skills. Eleven year old me is screaming right now, believe me. I feel like I’ve done justice to my childhood self, who chose writing late Saturday nights, watching midnight movies and simultaneously listening to really obscure music like “Meat Beat Manifesto”, daydreaming about the day I’d be doing this as my life instead of hanging out at parties and trying to get laid like most normal kids back then. All the acting classes I took and crappy “How to make a movie” pc software games – if you can call them that – that I could get my hands on. I’m rambling, but I really appreciate the acknowledgement of my directing skills. Childhood-me wanted to be a writer, and eleven year old me was fascinated with directing. I still am. This is wild. All of this. All these (film and directorial) wins and nominations, and honorable mentions; this is my first movie, you know?

As for next projects, I’m toying around with the idea of trying to make Odyssey again, but who knows. I’ll say that now and next year, you’ll be seeing something completely different. One thing’s for sure though, you will most certainly be seeing something. Many things. That’s for sure.