Posted at 09:19h in Interviews by prismaadmin 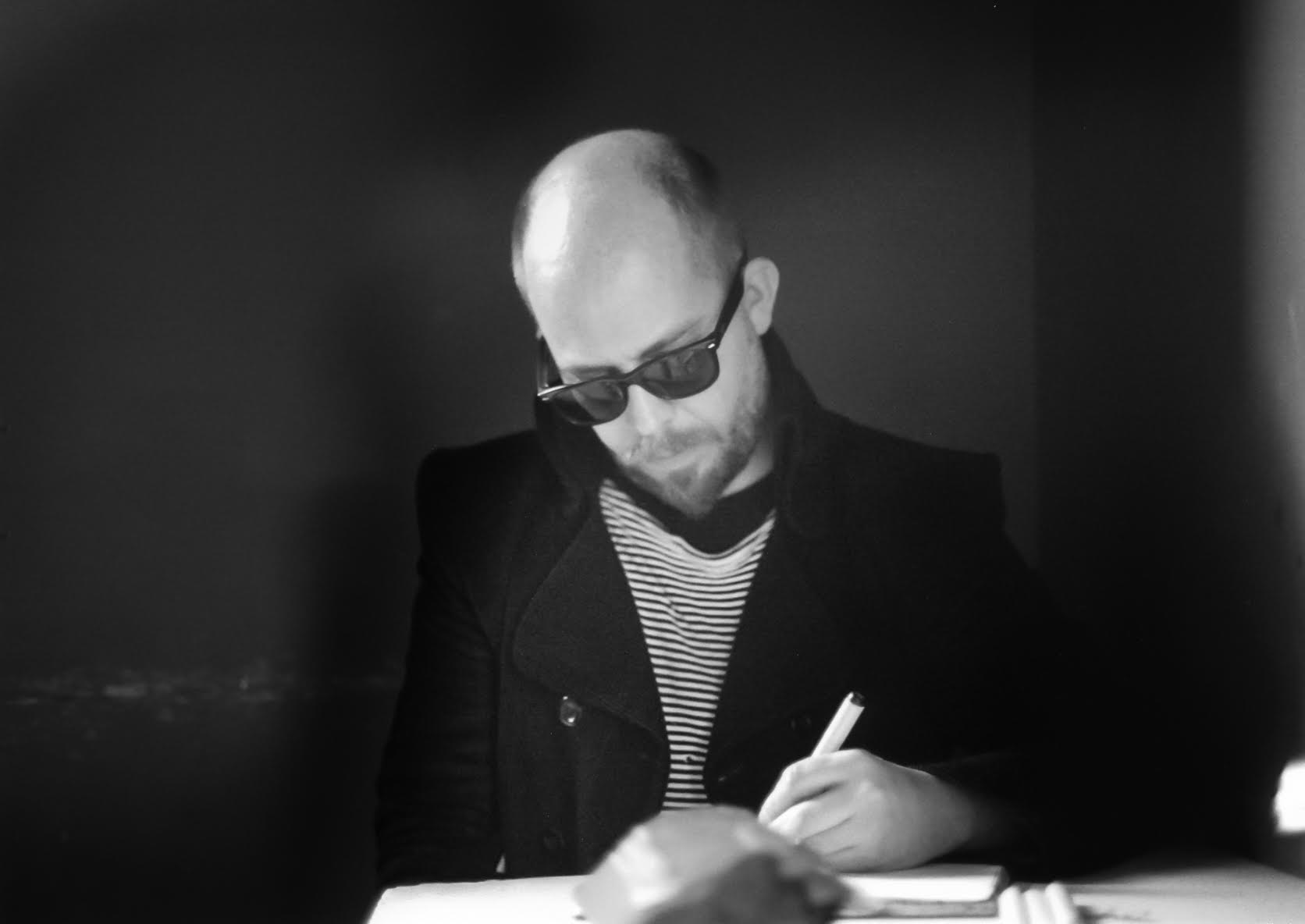 “For me, cinema should be a meeting of all the arts into a single condensed crystal; capable of being enjoyed at all levels, through multiple viewings, throughout a viewer’s lifetime.”

Chris Friend is a multidisciplinary artist who is currently channeling his creativity through directing, visual effects, and drawing. He has done visual effects for Mr. Robot Season 4, Lady Gaga’s Joanne World Tour, Nike, and many independent feature films. He has also directed music videos for Dropkick Murphys, Black Deer, and Jason Grier of Human Ear Music. An early childhood of moving around a lot helped foster a sense of curiosity about culture and the impact of art in people’s lives. He can be found in Los Angeles, helping directors bring their dreams to life with his company, VisionFriend. 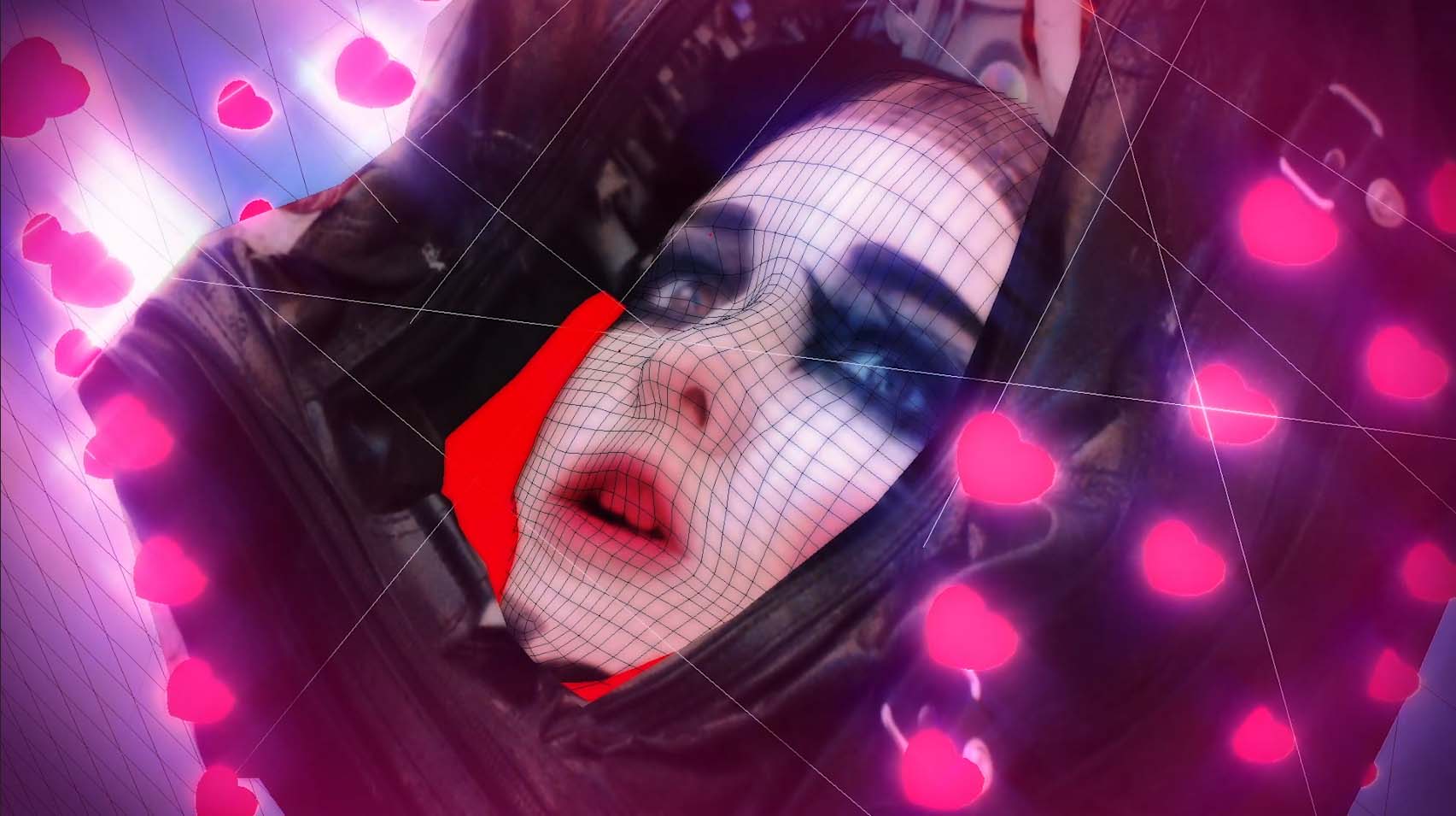 At first glance, “Geneva Jacuzzi’s Casket” is a one-of-a-kind film. It is the synaesthetic elaboration of a fantasy and tells a fascinating and rather complex story. How do you consider it a personal work? In other words, what is it that connects it to your deep intimacy?

That’s a great question and I love the term ‘synaesthetic’. “Geneva Jacuzzi’s Casket” is actually part of a body of my work I call my ‘$BURN$ mythos’. As a teenager, I started developing a card game, ‘$BURN$’, to visualize what I called ‘tactical spirituality’. I saw this as a way to envision the psycho-spiritual, cultural warfare that I observed all around me. That project ended up expanding in scope over the years to include graphic novels, short stories, and films.

When I tackle a personal project, I write it into this world and elaborate on the concepts. The mythos of ‘$BURN$’ is one where the Earth has undergone a managed depopulation and a single-world religion, masquerading as a video game, which dominates the psycho-spiritual life of the remaining population. The purpose of this is to continue the managed decline and subsequent rebuilding of a one-world, Babylonian type society.

Geneva Jacuzzi’s Casket” follows Kate Shaw, a ‘mental mechanic’ and the awakening of her ‘BioDrone’. The BioDrones are mass-produced servants, which are clones of the user. However, they are augmented with a chip in their brains to inhibit consciousness.

I have completed a 78 unique-card Tarot deck which includes a 100-page lore booklet delving into the background of ‘$BURN$’ and the world of “Geneva Jacuzzi’s Casket”. It is ready to be released next year when the short film goes public. I hope to make an ‘event’ type release, so audiences will be able to analyze the backstory via our Tarot deck with beautiful hand-drawn images. 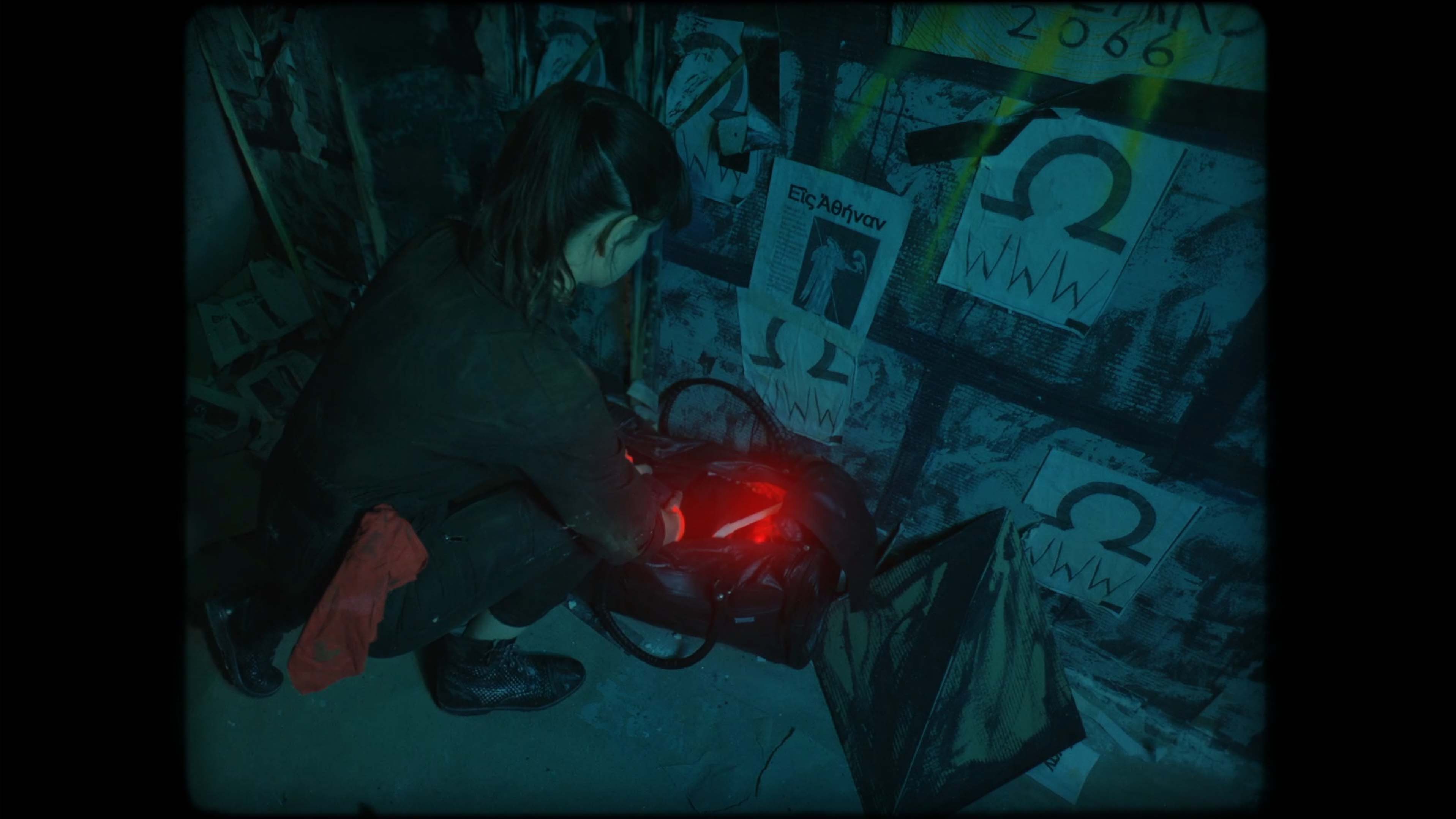 In addition to your work as a director, you are also a visual effects expert. “The image” is therefore always at the center of your professional life. How and when did this love story start?

This love story actually started as a child, when I was obsessed with George Lucas’ Star Wars. I owned the Industrial Light & Magic special effects tome and would endlessly study it. I dreamt of becoming a special effects wizard to bring to life: creatures, aliens, starship battles, dragons, and all the fantastic imagery of the books and films I loved. That went along perfectly with my love of drawing and painting, which was my first mastery.

I forgot about special effects for many years and would endlessly draw creatures and scenes from my imagination. That led to going to a series of art schools to learn classical oil painting, figure drawing, acting, and experimental filmmaking.

After many years working as a cook in restaurants for a living to fund my art practice, I moved back to Los Angeles to start to make a living in film. Visual effects really drew me in because I saw all of my VFX jobs as a sort of practice dojo to learn how to bring my own visions to life. 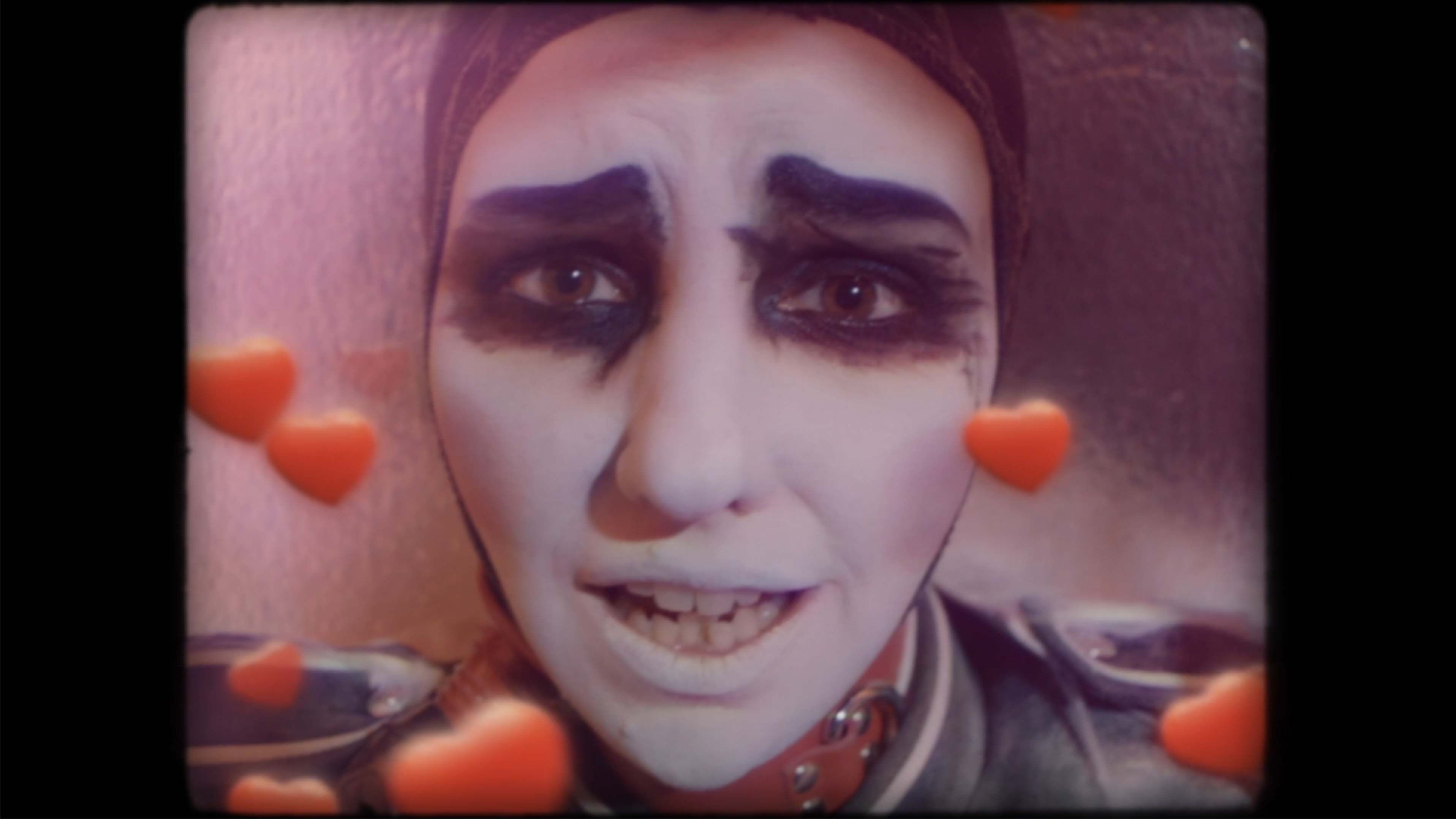 We greatly appreciated the originality of this experimental language and naturally we were very curious. We asked ourselves – what would Chris do with a longer film and more “conventional” language? -. Are you interested in this kind of film?

I am one hundred percent interested in that. “Geneva Jacuzzi’s Casket” was an experiment in maximizing a very limited amount of run-time (slightly over six minutes). I have already been hard at work with the development of my next project, which will be a further extension of my ‘$BURN$’ mythos. I plan on making a feature-length musical with an ensemble cast. It is called “The Purgatory Cycle” and is a reimagining of the medieval morality play “Everyman”.

However, in this version, we follow the main character of my 2013 short film (“Strike Three”), Cross, as she is on-board a flying saucer run by ferns from Venus. She is subjected to psychological experiments and a religious experience in another realm as she meets Death on her journey to talk with God.

The feature will be patterned after Kabuki plays and European operas, particularly Mozart’s “The Magic Flute”. I plan on tackling it in stages; first recording a 90-minute album that will serve as the musical foundation, and then a 300-page graphic novel that will serve as storyboards and concept designs.

I would love to work with a talented team of dancers, mimes, musicians, and theatrical actors. 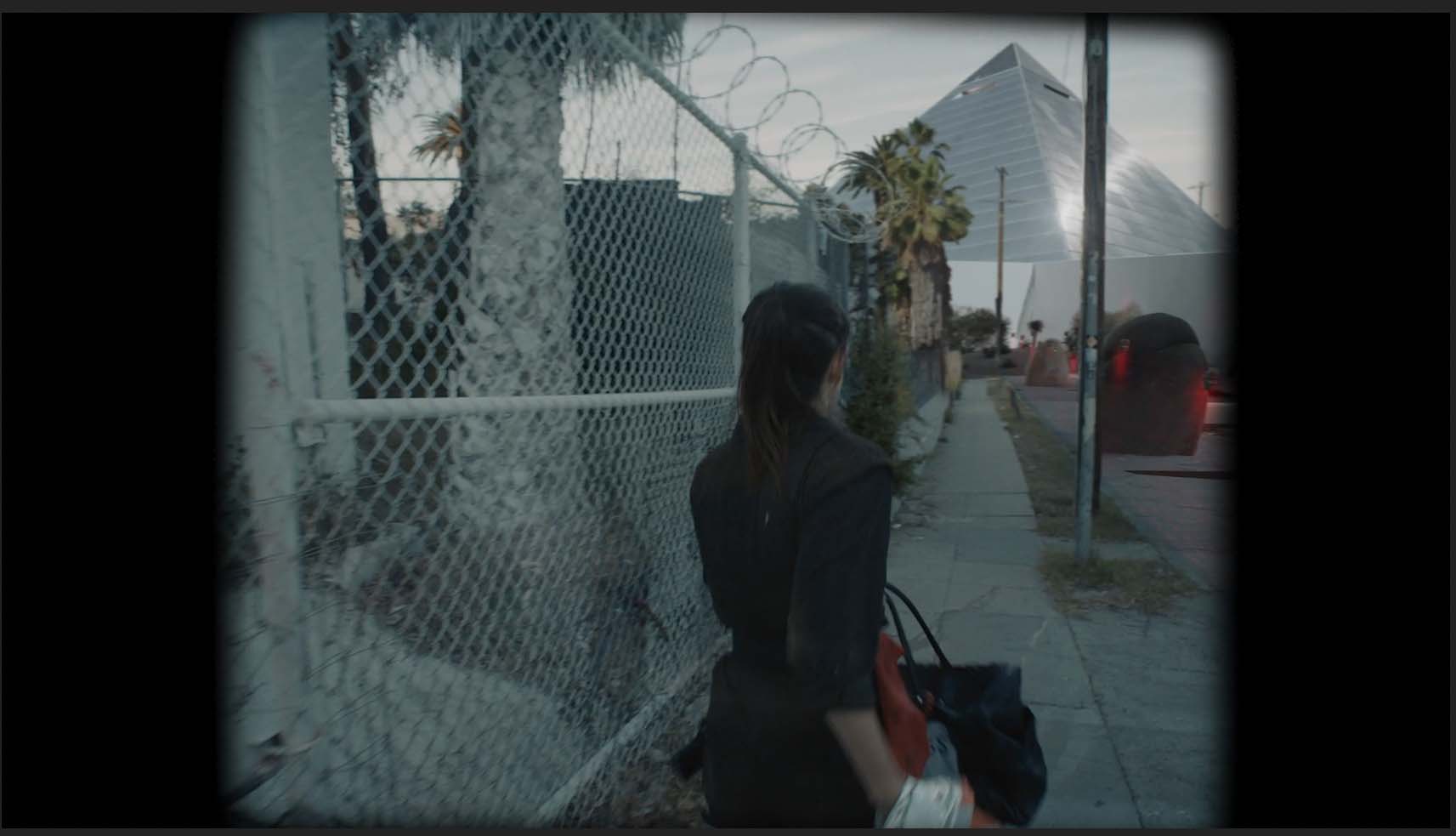 What advice would you give to a young filmmaker struggling with budget money?

One of the most useful pieces of advice I have for young, low\no budget filmmakers; is to write based on the actual resources that you have. That has been the way I have pulled off everything that I have created.

Before I start writing a project, I make a “mind-map” (a hand-drawn network of interconnected thought balloons) listing every relevant resource I have at hand.  First, I think of the various talented friends I have who can contribute help. Then I list the materials which I can use as props and set dressings. Finally, I scout out locations which I can (potentially illegally) film at. After all these resources are on paper, I tie it all together by listing my own skills and concepts that interest me at the moment.

From there, I move things around on the mind map until I find a solid point of inspiration. I then continue to write as much detail as possible, fleshing out the world’s background and character relationships. I storyboard the entire project down to the last shot. I draw concept designs for all costumes, props, and character looks. I then edit together an animatic (using the storyboards and music) to see all the shots play out.

I tighten everything up and then I write a concise treatment so that everyone involved with the project will be completely on the same page.

Finally, I plan out the production stage, so every single shot can be achieved and any additional b-roll and coverage has time to be captured. I map out post-production in minute detail, grouping together shots and scenes for maximum efficiency. I sketch out an outline for completion of the project and final stages such as publicity, public reception, and merchandising.

I believe that this is the way a zero-budget production is able to transform into a professional, polished work of art.