“George and The Dragon” by Boray Deniz Taspinar

22 Mar “George and The Dragon” by Boray Deniz Taspinar

Posted at 10:34h in Reviews by prismaadmin
“George and The Dragon” is an extremely courageous film, which seeks new ways to assert its identity, opposed to the narrative conventions of contemporary cinema. In fact, this disturbing eight-minute short film breaks every cinematographic rule and scheme, and develops as a short but intense nightmare in which reality is translated into a completely new language.
Boray Deniz Taspinar’s film is the result of a positive youthful momentum, aimed at experimenting and discovering the cinematographic medium. It is therefore easy to forgive the obvious lack of an adequate budget and some moments of the film not up to the overall tone.
The strongly symbolic and metaphorical structure of this staging allows Taspinar to express himself in total freedom and so “George and The Dragon” manages to find his artistic and expressive identity in a completely original way. With great ambition, the director chooses to stage his own authorial urgencies, rather than relying on a sober narrative convention, already replicated in thousands of shorts. The meaning of the film expands well beyond its staging, in this continuous game of references and suggestions to something else, distant and complex that makes this work a vibrant interweaving of influences and ideas. We hope in the future to see this author grow, with more substantial budgets and a clearer vision, which can however keep the originality of his voice unchanged. 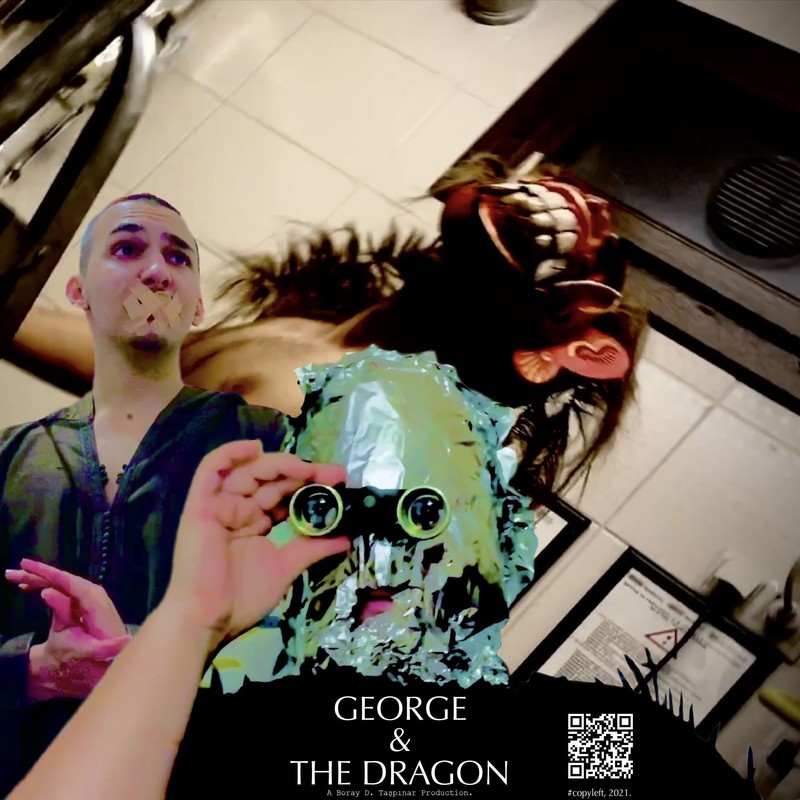