Posted at 08:41h in Reviews by prismaadmin

“Oh Jeff!” it is certainly a one-of-a-kind film. Brainchild of Chris Rourke, Danel Parquor, Kyle Strang, the film was later directed by Rourke, but it seems to be a much larger project. During the entire duration of the film, in fact, while weird characters, idealists, children of well-known billionaires and walking metaphors alternate on the screen, one has the feeling that the protagonists of this film, in front of and behind the camera, had fun as much as we did.

Rather than looking for a conventional narrative, “Oh Jeff!” it is articulated as a rapid escalation of insane sociopolitical satire, built around the idiosyncrasies and characterizations of memorable characters (almost all played by Nick Hutchinson). In fact, at the beginning the film seems to promise other directions and seems to find no rhythm, but once the right turn is taken, it begins an exhilarating descent into a grotesque representation of a contemporary society that seems governed by the laws of farce. The theatrical setting of the direction itself may not always be able to guarantee an engaging and natural narration, but it helps to highlight the qualities of the text and the protagonists, without sacrificing a certain visual experimentation. With all its strengths and weaknesses, “Oh Jeff” remains an eclectic and original film, courageous and fun, which seems to identify a precise authorial vision. We hope to see new movies from Chris Rourke and this wild bunch soon. 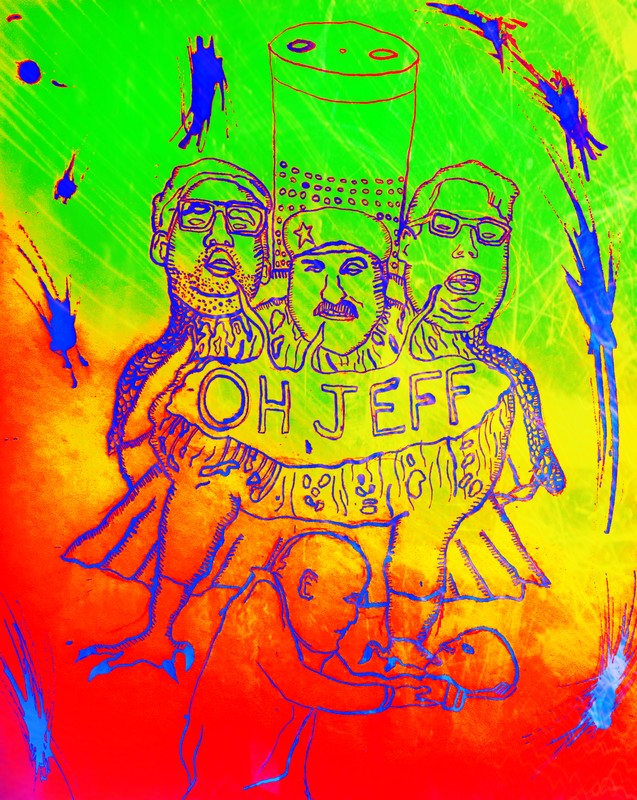