Posted at 12:55h in Reviews by prismaadmin

William Stancik’s new film, “13 knives”, renews the stylistic features and characteristics of its author’s poetics. While attesting the most recognizable aspects of him, Stancik’s style changes once again, confirming that the American author is always stimulated by a multifaceted and pulsating inspiration, and has no intention of abandoning himself to repetition. In “13 knives”, the noir and disturbing atmosphere typical of all Stancik’s films seems to intoxicate the characters and move them from within, weaving a morbid relationship with their consciences. There is no narrative superimposition of symbolic and evocative images, which usually intersect Stancik’s stories and broaden the narrative. In this film, with surprising writing work, Stancik shifts the darker and more ambiguous elements of his work directly into his characters, who are completely absorbed by the paranoia and chaos that seem to characterize his vision of American history.

Definitely a more static and less spectacular film from a visual point of view, which however manages to seduce and involve like an old enigma. 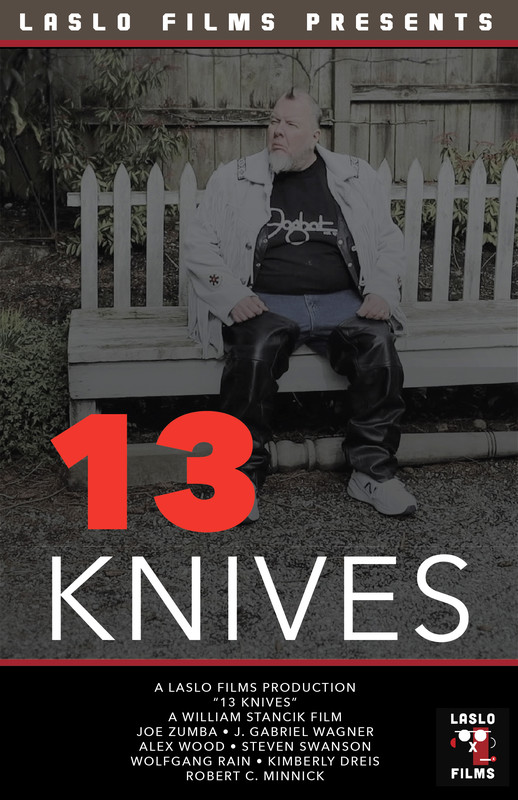