Posted at 19:19h in Reviews by prismaadmin

“The Coffin Bound Kings”, the new film by Matthew Ewald, shines with dynamism and adrenaline, two ingredients that the director is able to dose perfectly, from start to finish. The film falls precisely into that cinematographic genre between thriller and contemporary noir, which investigates the lights and shadows of very dangerous war veterans, grappling with a battle that is more personal than we can imagine. If on the one hand “The Coffin Bound Kings” seems to trace the archetypes of the genre without innovations, at the same time the director is able to reinvent rhythms and perspectives, in a complex reworking of the language of action films. It is easy to perceive the growing tension in each scene and the director’s eye wisely moves between glances and sudden movements, in harmony with a script that is always able to guarantee tension and curiosity. There is no lack, in Ewald’s film, of moments of refined psychological observation of their characters who, although sucked into the whirlwind of the action, seem above all to wander in the maze of a torn mind. Therefore, opposing feelings stir in the consciences of the protagonists, always drawn towards violence, in a kind of inexorable predestination.

The director’s originality and skill are therefore able to visually rework a film that is perhaps not very original, which in its cinematic staging finds a new identity as well as an undeniable capacity for entertainment. The skilful use of cinematographic means, on a closer look, becomes even more evident. The film, in fact, despite being an independent production that shows the limits of a small budget, manages to build its own aesthetic without ever being fake or amateur. Part of the merit is certainly of the cinematography, which sheds the right light on each shot and transforms each scene into a suggestive story. Ultimately, “The Coffin Bound Kings” is a great example of quality independent cinema. 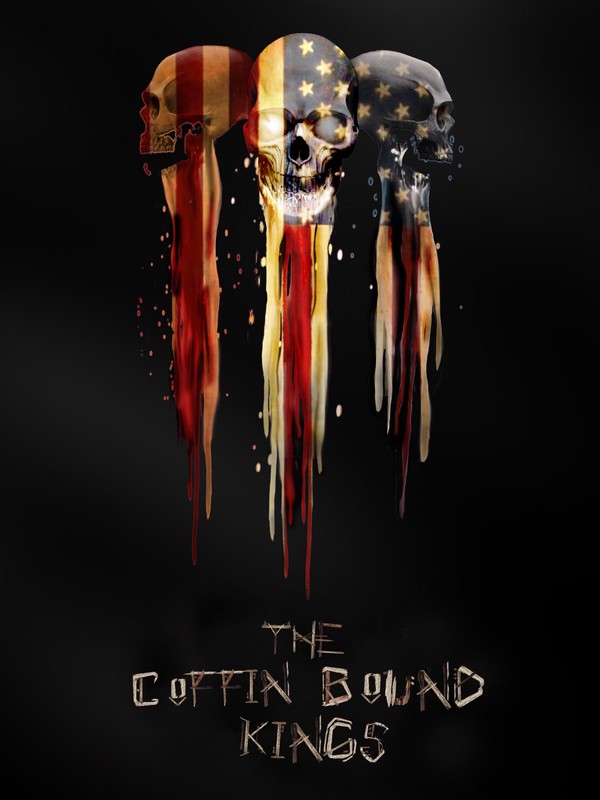