“The moods of these days” by Woonyea Han

20 Feb “The moods of these days” by Woonyea Han

“The moods of these days” is a singular work, which apparently escapes the narrative and stylistic canons and takes place in total expressive freedom. The short film by Woonyea Han is a fresco of suggestions and feelings, which in the delicate progress of the images builds a fascinating sensation of intimacy and sweetness. In an absolutely positive sense, “The moods of these days” is an unambitious short, whose utmost urgency is to put together the small tendernesses that make up our days and our lives and that, after all, make us happy. Probably Han’s poetic impetus originates in the dramatic moment that the world is experiencing due to the pandemic, and this helps to place the film in a human and social dimension, which gives the short a greater identity.

The uncertainty of the shots and a chaotic directorial style rather than flaws seem to be the hallmarks of Woonyea Han’s vision and for almost the entire duration of the film they seem to add originality and value to the meaning of the film. It is like being able to see the sensations moving at other speeds and towards other trajectories, different from those of our flat everyday life. A rare film, by a rare author, capable of escaping conventions and building films out of pure, interior, necessity: a poem whispered softly. 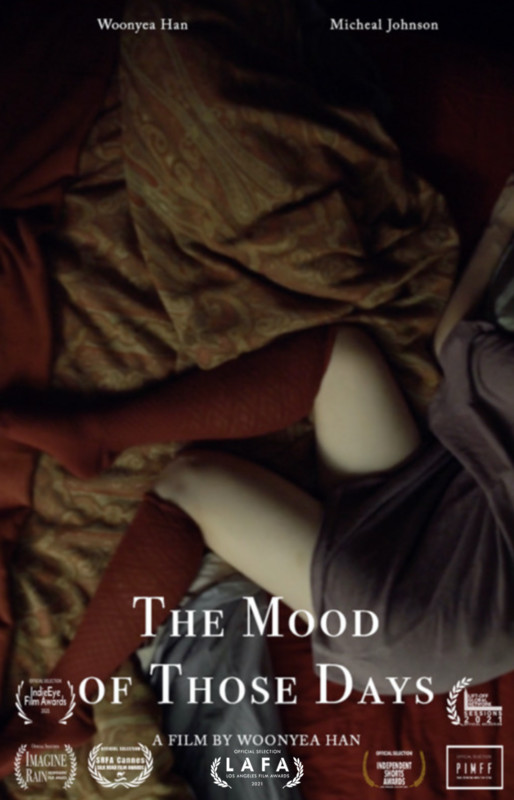