“One Left” by Chandler Balli

10 Feb “One Left” by Chandler Balli

Posted at 11:45h in Reviews by prismaadmin

While placing itself in contemporary genre fiction, “One Left” seems to exploit archetypes and conventions to reach a greater depth, which makes the film truly human and poetic. In the narration of this story, the director and actor Chandler Balli looks at the interiority of his characters and at the same time at the fascinating construction of the plot, which manages, up to the last minute, to keep the attention high. Even the luxuriant and sick nature that surrounds almost all the scenes in this film seems to somehow plumb the depths of the protagonist’s conscience. This apparently linear journey thus hides another direction, which sinks into a more complex representation of the beautiful plot and its twists. And when we believe we have reached the deepest point of this journey, Balli launches us into sidereal and dark space, bringing the protagonist’s intimate adventure back into the emptiness of all human affairs, lost in the splendor of immensity. In one scene, the arid and rocky terrain fades into a transition into the immense space of the universe, underlining the indissoluble bond that binds the extremes of existence and cancels opposites. With this visionary and evocative inspiration, the director manages to tell this story which, in its simplicity, becomes as immense as the universe it yearns for.
Although the staging and the stylistic choices show some naivety, mainly due to a limited budget, the beauty of the poetic and narrative intuitions that embellish the film is surprising. “One Left” could have been an ordinary genre film, but Balli, director and complete author, manages to expand the potential of the film to make it an autonomous and personal work.
Even with its limitations, the style of this film adheres with taste to the story and helps to evoke those distant and transcendental suggestions, which make this film so interesting. Above all, the cinematography and the soundtrack surprise for their elegance and originality and contribute to the narrative construction, as a fundamental continuation of the screenplay.
A true independent film created by a true author, which we hope to see in action again soon. 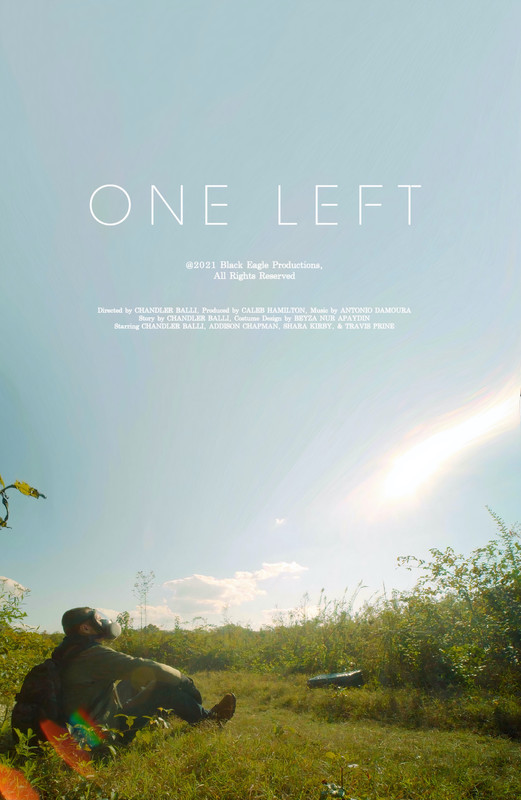