10 Feb An interview with TinNgai CHAN, director of “Mary, Mary, Quite Contrary,”

Posted at 10:59h in Interviews by prismaadmin 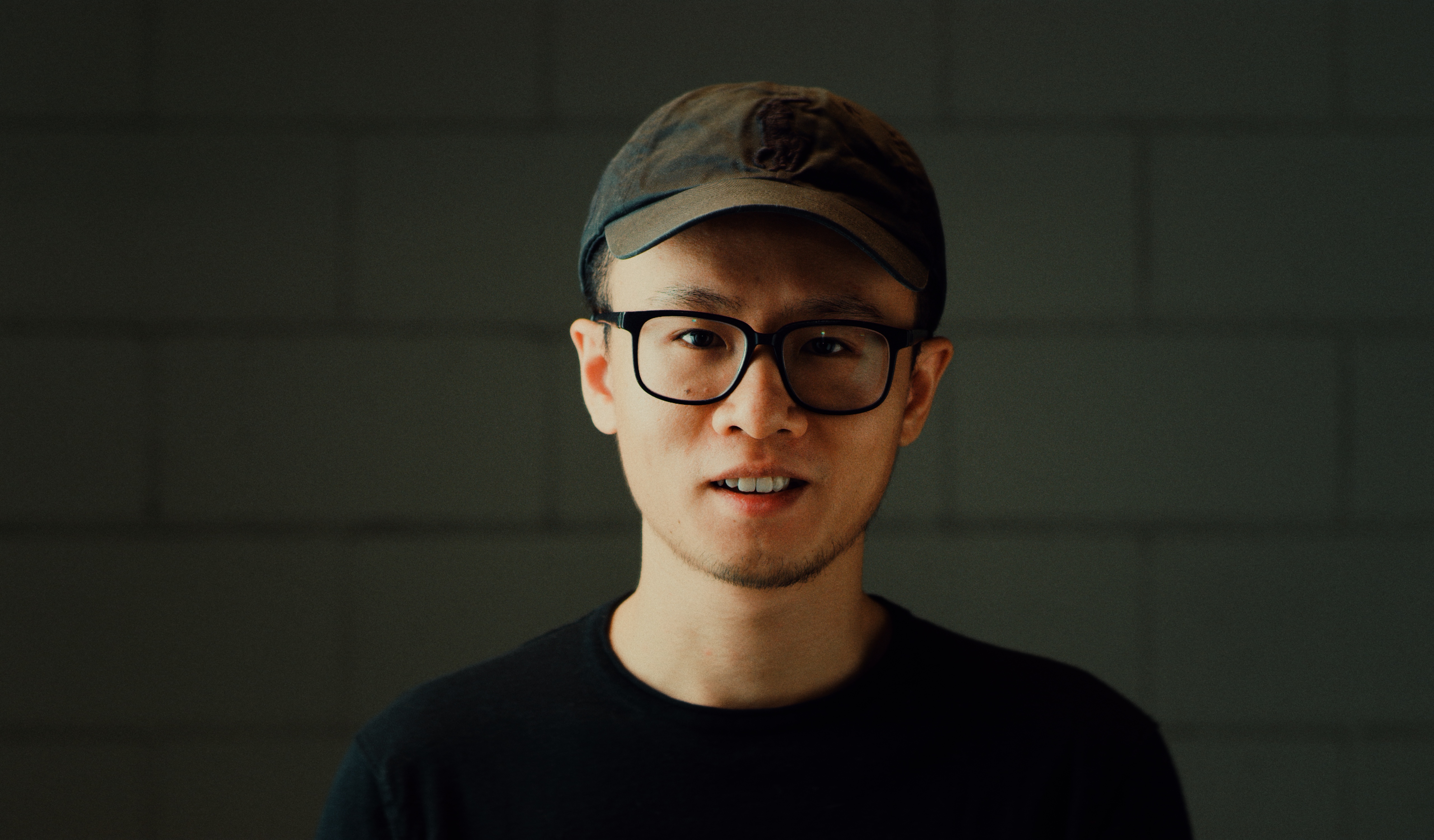 “There’s really no way to conclude it in words. It’s images, sounds and humans. It’s something I love and have to do.”

TinNgai Chan is an L.A.-based Cinematographer. His background in engineering has sharpened his skills as a solution-oriented and communicative filmmaker. Coupling his obsessive interest in image and storytelling,Tin earned his MFA in Film Production at Loyola Marymount University, where he directed and photographed “Mary, Mary, Quite Contrary,” a short film currently circulating among festivals. Other photographic works include award-winning The Green Motel, Passive Voice and Pâté. Tin also has shot documentaries, music videos commercials, and web content. 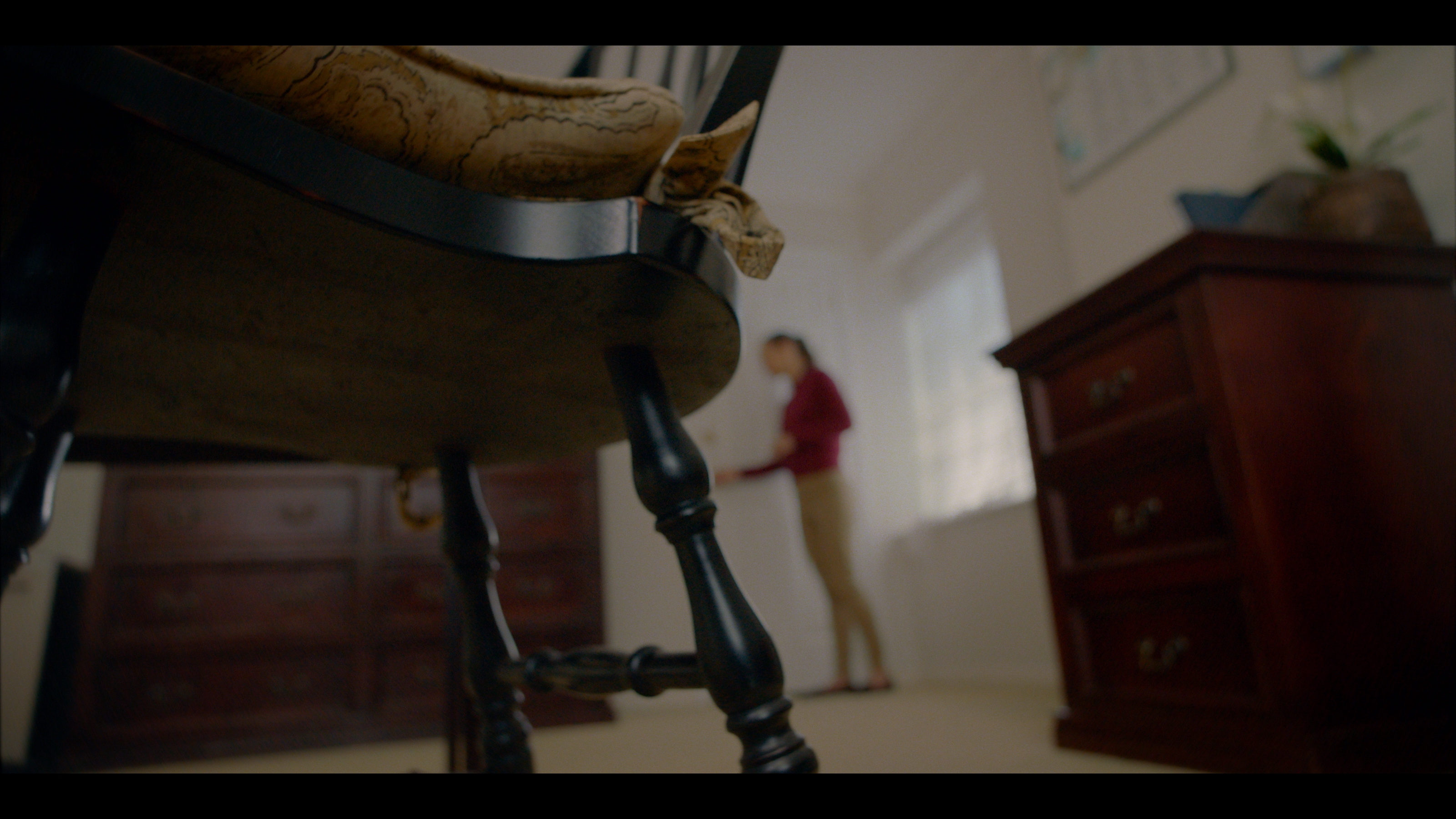 -The structure of this beautiful short film is very simple and often, in independent cinema, simplicity is a fundamental value. How important were the economic needs of the budget in choosing this story? Do you think production limits are a further stimulus to your creativity?
I (mainly my crew) once moved furnitures of an apartment, included a bathtub into the middle of a beach to shoot a film with ridicules premise. And that’s something you wouldn’t want to do, no matter how much you love cinema. You always want to spend your limited resources on the most important things. For me, that’s the time I talk to the actors and getting the cinematography right. So before I even start to write the script, knowing that I only have 3 or 4 days and about 20 people, I know that I want one location, with just people talking, and minimum coverages. So the economic is always the factor, but in a way that we all know, we can never compete with the films that shown in AMC on production level, so there’s no need to try. But the story itself, that’s quite irrelevant to how much money you have. To me, production limits are always something that you have to deal with, but never excuses to make a bad film. 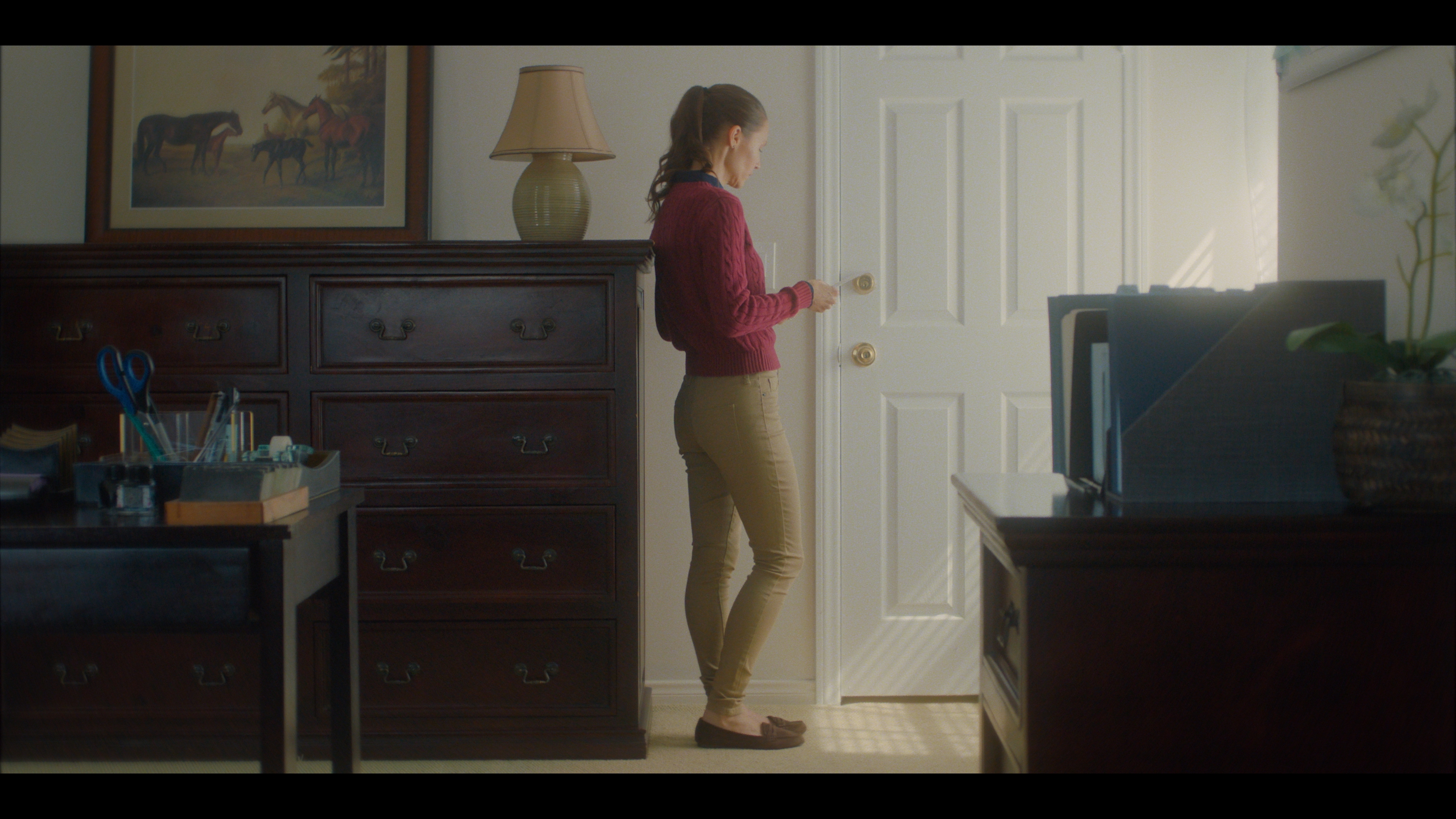 -Beyond the economic aspect, your film deals primarily with the issue of mental health. It is a very important, ambiguous and often underestimated issue by society. How did you choose the theme for this film?
One reason was coming from a very practical stand point – after I decided the film will just be majorly two people talking, I found out that it’s very hard to force people to talk to each other, especially with tensions and their emotions. Most people in real life would just change subject or walk away. And It’s also hard to shape a believable meaningful relationship that can support that conversation in a short film. So naturally, a therapy session that went wrong seems to be an appropriate premise. The other reason is that to me, mental health issues are the extreme dramatic versions of everyone’s struggling, of surviving their own emotions, which is what I want to explore in cinema. 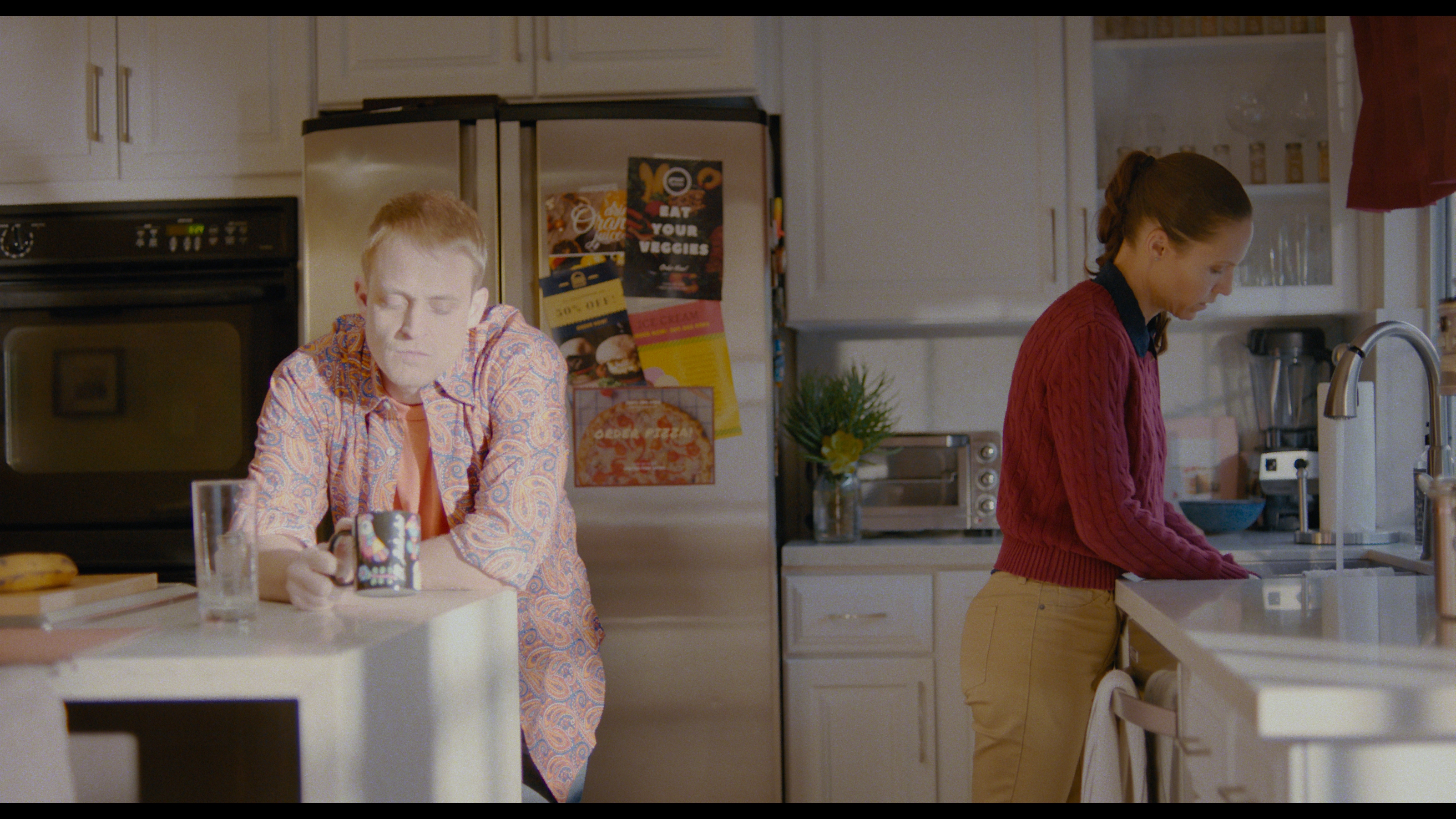 -The elegance of your cinematography and your directing style reminded me of a certain classic cinema of great aesthetic and visual quality, which is being sacrificed more and more often nowadays, to seek a more “dirty” and natural realism. What were your sources of inspiration for this film? Of course I am referring to both the aesthetic and the narrative aspect.
I don’t mind saying the whole thing is a attempt rip-off from Paul Thomas Anderson’s The Master, specifically one scene – and again, it’s also just two people talking, and the cinematography follows that. As also the cinematographer of the film, I had to keep reminding myself that “form follow function” — and for me the appropriate cinematography for the story was simple coverages, wider shots and not moving. The paintings by Vilhelm Hammershøi are another inspiration, which depicts a relationship between people and space that’s really close to what I was looking for the story. That might be where the “classic” is coming from. Though I wish I had seen Lady Macbeth (William Oldroyd, 2016) before I made the film, which also was influenced by the same painter. And of course they did a much better job. Roma (Alfonso Cuarón, 2018) also encouraged me on the pacing of the story, to push the film a bit more toward the style of slow cinema. 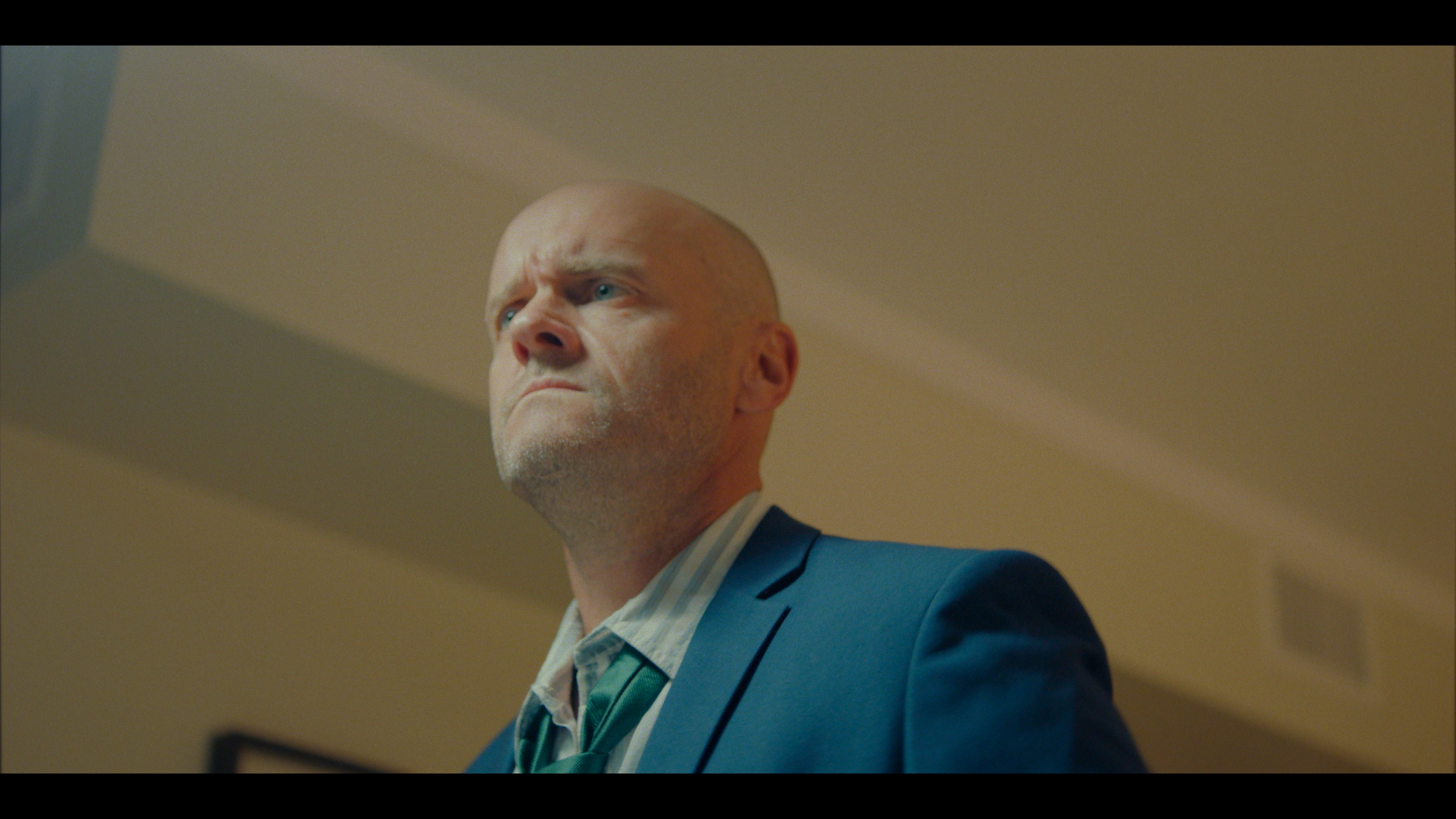 – If I think about the making of this short, I can easily imagine an intimate, well-controlled place with an agile crew, in which you could communicate with your assistants and actors in an effective and very thorough way. What is the best memory of this set?
It’s hard to get anything good if everyone is in panic mode because of running late, which almost always happen especially on independent production, and I wanted to avoid that. So from the very early of the production, we did everything we could to make sure it would be a “calm” production.  The producer/A.D. of the film Jeanine Fiser took care of the scheduling and logistic, and found a perfect location that’s not 2 hour away from every direction. My cast Chad, Levi, Mikael and Alaya had sessions of table read and blocking exercises months before the shooting. And because of the challenge of me being the director and the cinematographer at the same time, we did a pre-shoot at the location a week before the actual shooting. Matthew Emery, the camera operator, Murat Acikel, the gaffer and I locked down basically every setup of the film that day, and it proved to be extremely helpful. So in the actual production, we were able to really enjoy making the film, I had time to really talk to the actors and tried thins if we want. The cinematography was always already 90% set before I even check the frame, so we were able to really just tweak for the moment depending of the performance. It’s a cliche, but if we can’t enjoy the process, what are we doing? 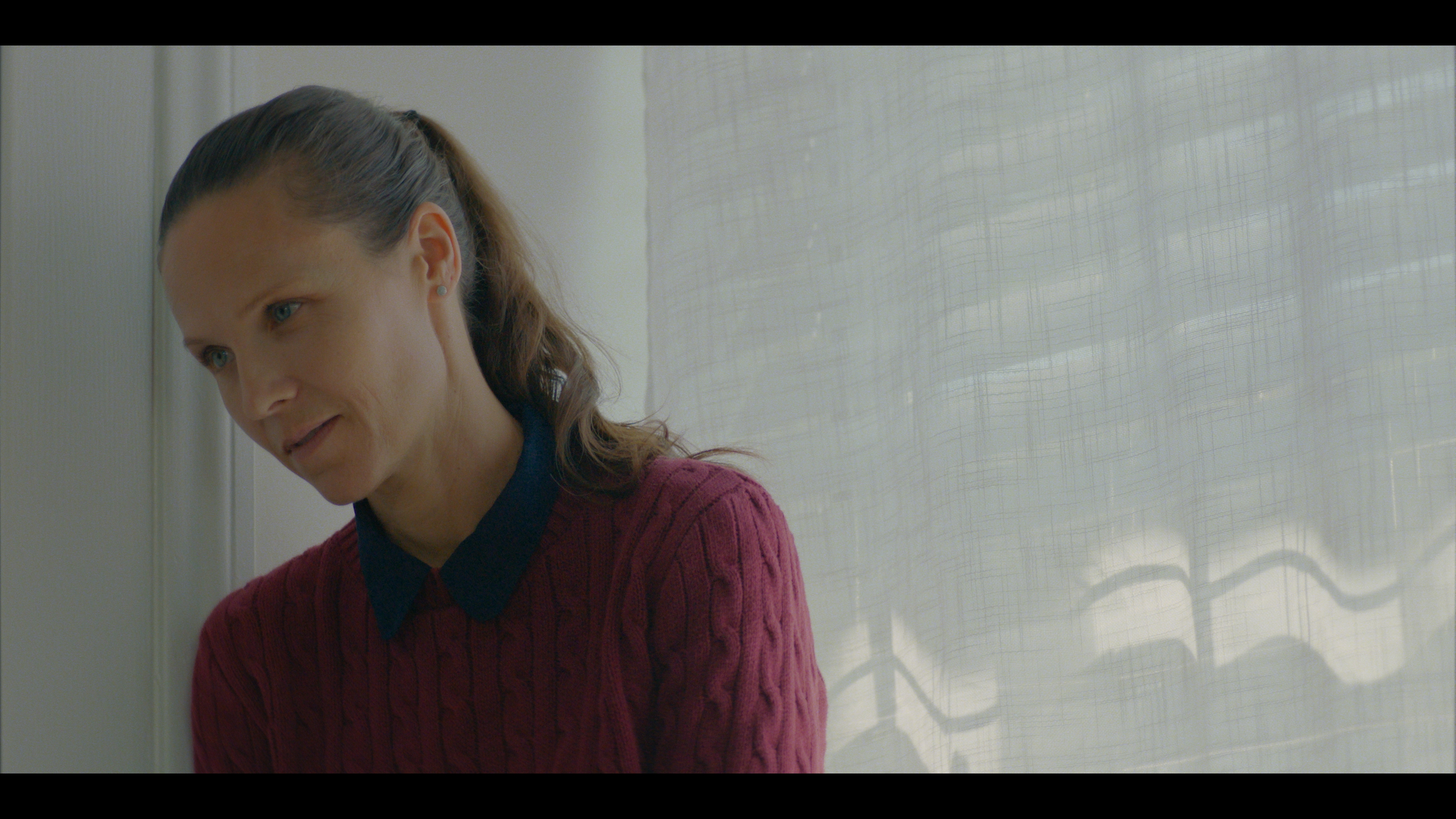 – What kind of projects are there in your future? Are you planning to expand the production effort of your next film or will you return to these cozy familiar spaces?
Because of the pandemic, I do more documentaries than narrative these days. And a lot of them are humanitarian, which really changes my perspective of what cinema can be. As a cinematographer, shooting documentaries offers me a chance to operate based on my instincts and emotion, as compared to narrative there’s always the danger to over overanalyze because you have all the meetings about shotlist and storyboards. In documentary very often it’s just you and your eyes(the camera) trying desperately to capture the moment. As a writer/director, it’s tremendously helpful that I get to meet all the amazing and interesting characters who I would never be able to meet if I’m not shooting these documentaries. And humanitarian works just gives me the necessary burden as an artist, or just as a person. And because of all that, I am writing something that not gonna just happen in a house.