“Look At Us” by Vee The Vision

Posted at 21:22h in Reviews by prismaadmin

“Look At Us Now” is a rather atypical short documentary, capable of investigating reality by mixing different narrative tones and languages. While focusing on the development of geek culture, the film manages to achieve a poetic intensity that extends its meaning far beyond documentary urgency. The director Vee The Vision takes us into this fascinating world through his poetic composition, which “reorders” the events and the story according to an itinerary that is above all emotional. It is no coincidence that the director and poet places his personal experience within the more generic story. This overlap makes the narrative material vivid and fascinating and allows the images to adhere to the film’s deeper meaning.

Comics today have found a prominent place in the Western literary canon and are clearly recoding a new contemporary mythology, destined to leave a mark on future generations. In this sense “Look At Us Now” is also an important reflection on cinema, given the enormous importance that this culture has gained in cinematic fiction. The style does not leave much room for a formal depth but the film still manages to stand out for the sensitivity of the narrative choices that make this film also and above all an affectionate act of love for a culture that has earned its deserved position in art. The director’s intimate and personal contribution enhances the value of this film and ultimately makes it more than just a report. In short, “Look At Us Now” manages to interest and excite. 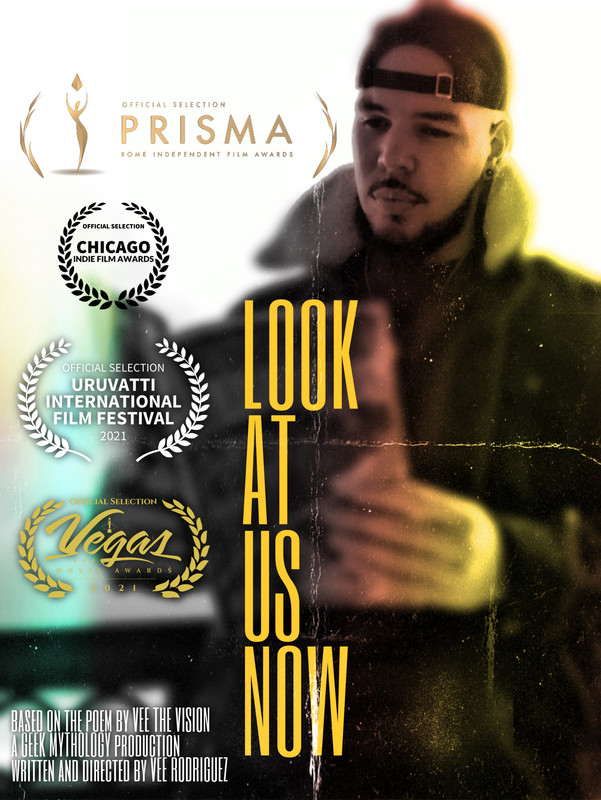