“The Greatest Horror Film (N)Ever Made” by Brandon Jordan

Posted at 20:18h in Reviews by prismaadmin

In spite of the name, “The Greatest Horror Film (N)Ever Made” is not the greatest horror film ever made but, on the other hand, it is a fun and ironic metacinematographic experiment capable of offering a form of entertainment that is always varied and fascinating. Certainly director Brandon Jordan must have spent frustrating moments sitting at his desk trying to write a good horror film, but we imagine he can be satisfied with the time lost, given the result. What makes the film even more original and attractive is its continuous reference to genre archetypes, well integrated into a fresh and dynamic narrative structure. In this affectionate act of love for cinema, Jordan seems to declare his complex relationship not only with the creative process but with all those genre stereotypes, banal and attractive at the same time.

In this virtuous conflict the boundaries between reality and fiction blur and the short film finds its identity and its strength. From a technical point of view, the film suffers from some lightness, especially as regards the sound aspect, but perhaps even the defects become an integral part of the experience: it is impossible not to be fascinated by these imperfections, the same ones that made those 60s and 70s films so memorable. Who knows that someday we won’t even watch “The Greatest Horror Film Ever Made” with this affection and nostalgia. 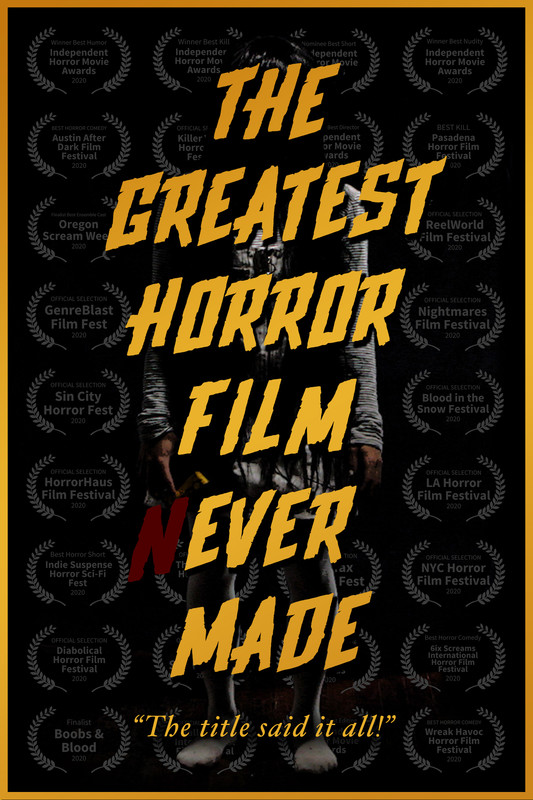