“‘Inked Blade” by Vee The Vision

Posted at 18:46h in Reviews by prismaadmin

It would certainly be an understatement to call “Inked Blade” a short film. Especially because in its exceptional shortness (just under three minutes) the film manages to expand its meaning far beyond the credits. This is perhaps the meaning of the work of Vee The Vision, stage name of Vee Rodriguez. The title itself, which recalls the power of words and communication, wants to underline the immense scope of a natural and human act, and thus, this inspiring poem composed by the director himself has become a film, following the spontaneous fluidity typical of art.

The film, therefore, is difficult to categorize and seems rather the visual evocation of a complex feeling, which finds its expression in many different forms. The powerful social criticism of Vee The Vision thus becomes something more, it is sublimated in music, images and movements, well identified by the sensitive eye of the director. This harmony of elements, however, never loses sight of the profoundly human and political meaning of the message. “Inked Blade” evidently arises from the tumultuous events that are affecting American and global society and finds its place in the chorus of voices that rises against media and authoritarian abuse. In this direction, the exciting archive footage retraces the deeds and words of those men who before us have opened a glimmer of silence and oppression and go to support the director’s visual and narrative choices.
The poetic and human urgency of Vee The Vision is so incisive that it is evidently original and stylistically independent from any other cinematographic experiment and, despite a sparse and minimal staging, it establishes itself as a good independent short film, impossible to ignore. 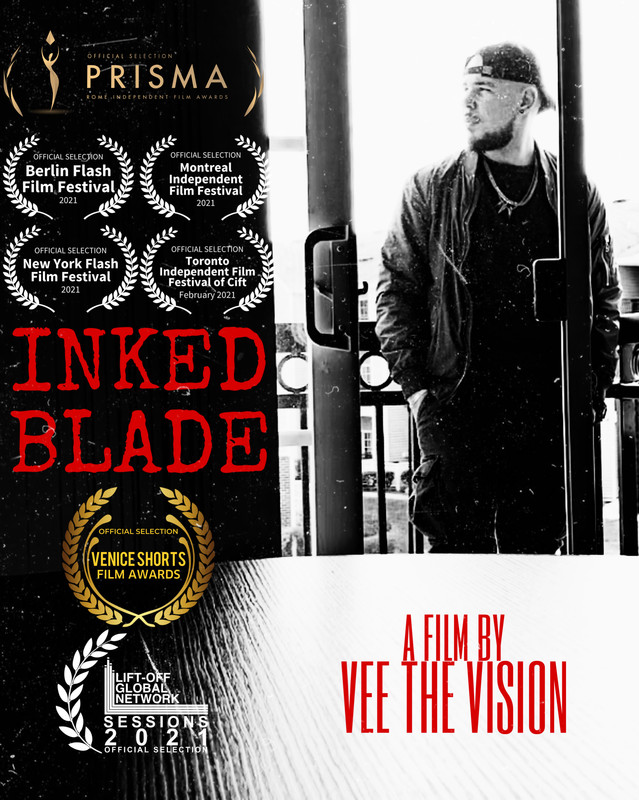