Posted at 16:18h in Reviews by prismaadmin

“Spider Monkeys” is a unique short film, difficult to place in a genre or in a precise poetic idea. Rather, it seems to find its own strength, its own shrewd artistic and human expression. Steffi West Harshberger, the director of this film, is certainly a talented author but it is equally important to dwell on her courage.

In balance between personality and provocation, “Spider Monkeys” is in fact a short film built around a single shot, a single character and a single, wonderful monologue, which demonstrates to the skeptics the fundamental importance of screenplay in cinema. Even for this brazen mise-en-scène alone, it would be more correct to define “Spider Monkeys” as a female portrait, which draws on all forms of art in its construction of meaning rather than on simple cinematic narration. Here, the temporal location (we are in 1968) in addition to offering an aesthetic context of undoubted beauty, also seems a fun and intelligent pretext to blur the boundaries of memory and illuminate vices, attitudes and truths that are still tremendously current. At the end of the film, marveling at this vast beauty enclosed in a single frame, we asked ourselves: what could Harshberger do if she decided to even move the camera? 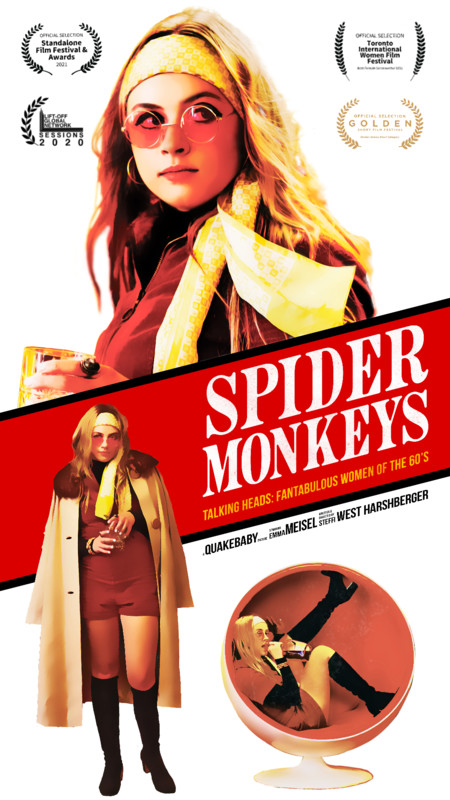