Posted at 13:02h in Reviews by prismaadmin

Films like “Help” are proof that this nefarious year has also brought positive things with it. During this difficult time for the world film industries, Blake Ridder has managed to create a precious, refined and exciting work. W’ve been lucky, therefore, to come across this tense and dark tale, at times disturbing but always seductive. Ridder is in fact a complete author who knows how to blend aesthetics and image with content. Therefore, the splendid cinematography becomes an element of the expressive language, and a fundamental part of this story made of mystery, infidelity, fear and sensitivity. In a certain sense, it seems to us that the film even has a cathartic effect: it seems to creatively rework the sensations and emotions of these tragic months and give them back to us in a different, foreign form. In short, there is a strange connection between this tale and the period in which it was created and we would not be surprised to know that Ridder has in fact absorbed these disturbing influences to personally rework them in this film.

The screenplay does not miss a beat, and manages in every dialogue, in every scene (and above all in every silence), to dilate the stimulating perception of tension, up to the end, in which the “collapse” of the narrative plot frees us from this weight. Ridder does not give in to the superficial charm of the show and prefers, with patience and a great sense of narration, the pleasant “torture” of slowness, which requires the viewer to actively participate to withstand the tension that gradually begins to build. The female characters are among the best seen in recent years. Ambiguous, mysterious, at times cynical but still human. Ridder is certainly good at outlining the psychological horizons but the two actresses are certainly talented and decisive, for the way they manage to give the impression of an entire subplot that is happening under the hypocritical surface of the dialogue.
We hope to see new works by this promising young author soon, who has been able to reinterpret the difficult genre of the psychological thriller in an excellent way. The best scenes of this film bring to mind some classics of the genre and we are sure that even “HELP” sooner or later will become a cult. 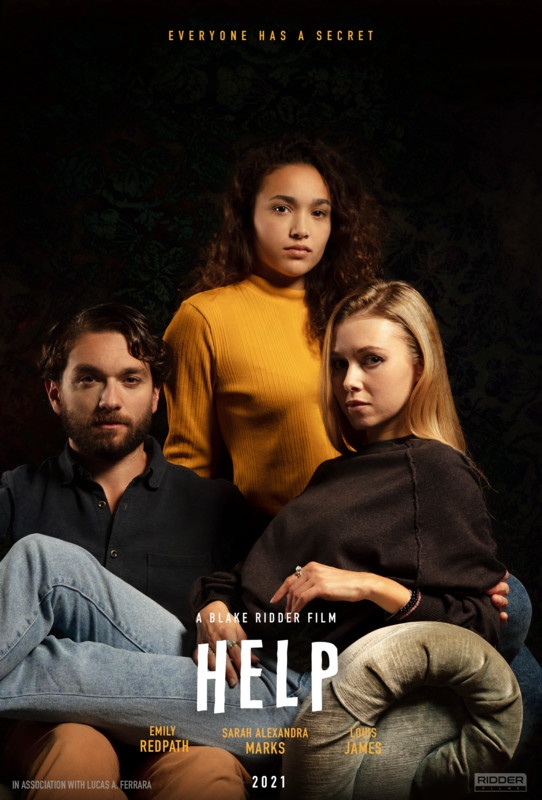