David Heacock’s latest exciting work is called “Boneyard Races” and it’s an adrenaline-pumping fourteen-minute ride that seems to go by very fast (it should be said). The premises, on the border between horror and action cinema, are extremely captivating and original. A couple, struggling with a “supernatural” race are forced to make a very heavy bet, until the unpredictable ending.
David Heacock is obviously a director with a mature vision and an absolutely personal style, of great emotional impact. Neil Chase’s script, so agile and ferocious, adheres perfectly to Heacock’s style, so dynamic and crackling that it grabs attention for the entire duration of the film.

The rhythms of the narration are breathtaking and the story does not allow to be bored, but to unite all the splendid elements of this short there is the beautiful and captivating staging, which envelops the film with seductive and ambiguous atmospheres, always amidst horror and the suggestions of an old-fashioned pulp cinema. The refinement of the aesthetic references highlights Heacock’s great devotion to genre cinema and embellishes the film with subtle and amusing references to certain films by now cult. And probably also “Boneyard Racers” is destined to become a small cult, a hidden and at the same time unmissable gem of great artistic value. In fact, the importance of this short is not limited to simple directorial virtuosity or cinematic citations. Behind this quality entertainment there is an ironic and intelligent analysis of human fears and feelings and not surprisingly, in the end, it is love that leads the story towards the decisive moment. To revitalize genre cinema, it is important to build films that have a fascinating aesthetic characterization but, at the same time, also a more incisive and personal narrative depth, capable of expressing the identity of an author and not just of a genre. In other words, we need more movies like “Boneyard Racers”. 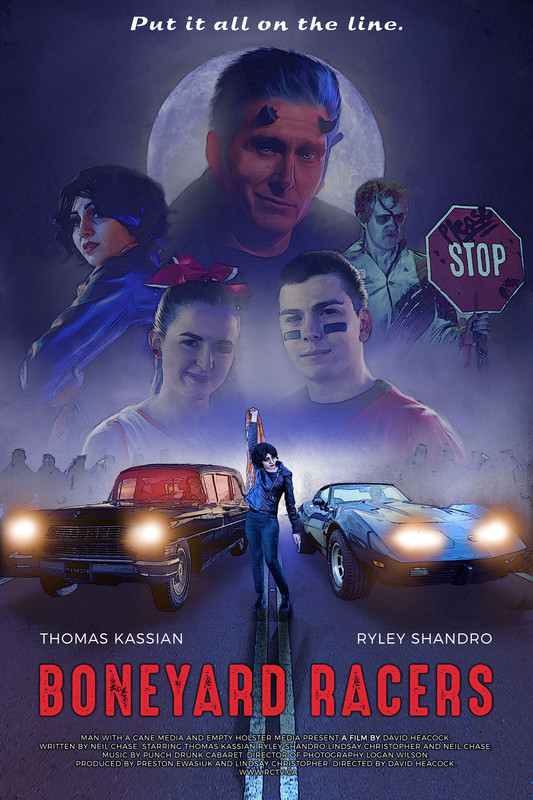