“Ode to the Whale of Christ” by David Matthew Johnson

Posted at 14:21h in Reviews by prismaadmin

“Ode to the Whale of Christ” is a complex film, even obscure, yet so brave and powerful, in form and narration, to be able to reach every viewer, in ever-changing shades. The approach of the director, David Matthew Johnson, is strongly experimental, but lacking the empty and superb stylization of certain experimental approaches. Johnson’s film seems rather the result of a mediation between the ages. The use of the language of silent cinema expresses a story with an extremely contemporary charm that seems to recall the metaphorical surreality of a certain Asian cinema. A woman looks after a man who is eternally asleep. These are the premises of “Ode to the Whale of Christ”. The silence and black and white, which envelop the splendid and intimate shots of this film, seem to suspend the film outside of space and time in a muffled still dimension, in which only spirituality and our deepest urges keep us alive.

Johnson succeeds in one of the most difficult creative operations: making aesthetics and content coincide. This homogeneous creative act is a film of rare fluidity of writing, original but discreet, intimate and lyrical, up to the disturbing finale. The breaking of modern conventions allows Johnson to free himself from the burden of structures and the film, in its frequent written parts, seems to urge the spectator himself to compose his vision. A rare and precious work. 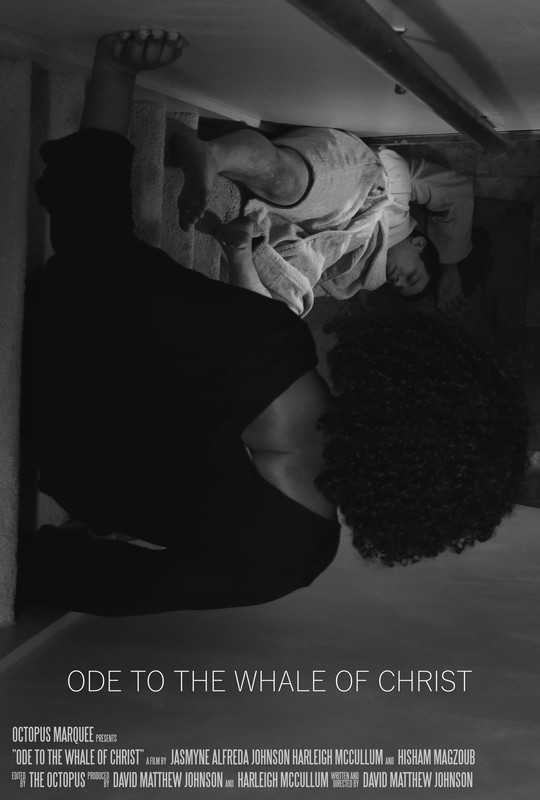