“The Session – La Seduta” by E. Sicignano and E. Tofani

Posted at 15:31h in Reviews by prismaadmin

“The Session”, the new film by Emanuele Sicignano and Emanuele Tofani, is a broad, courageous and profound project, created with a strong sense of storytelling and a particular sensitivity for psychological construction. And in fact, at the center of the film, there is a psychologist, engaged in collecting the pieces of minds attacked by the ghosts of conscience, and more. In this murky tale, suspended between the archetypes of genre cinema and a freer and more intimate cinema, it is people who build reality, bringing perception back to the center of life experience. We move within the darkness with a flickering flame, which allows us to glimpse for a few moments pieces of truth, often apparent, in a constant game of mirrors between the protagonists who alternate in front of Doctor Michele’s chair.

The screenplay, built with precision and skill, already manages to convey the suggestions of the visual atmosphere, well lit by a claustrophobic, shady cinematography, which seems to place the characters within their own minds. The production approach is that of the freer and more original independent cinema and the directors demonstrate great awareness in using the limited budget available, telling a story that fits perfectly the economic limits of the film. A youth project, therefore, that already reveals the great skills and potential of these two young directors, whom we hope to find soon with some new work, maybe who knows, at the test with the short film. 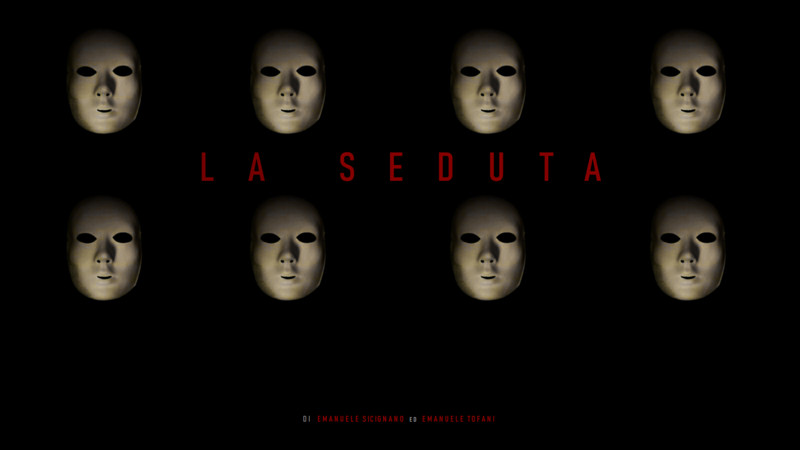