“The Conversation” by Saurav Mookherji

16 Nov “The Conversation” by Saurav Mookherji

Posted at 18:50h in Reviews by prismaadmin

Saurav Mookherji stages a film of surprising simplicity, due to the minimal narrative structure completely devoted to the expressiveness of the text. Yet the film, endowed with a truly refined poetic and philosophical depth, manages to fascinate and make us reflect. Mookherji is above all a skilled director, able to combine creativity and practicality, making the most of the limited budget available. “The conversation” is therefore a brilliant example of independent cinema, of that cinema capable of existing and expressing itself outside the great millionaire machine of the film industry. As the title suggests, the short film is set on a simple conversation, yet the structure is anything but a pretext. Loneliness, at the center of the film, is expressed and evoked precisely through the opposite concept of relationship. This refined combination rests on a well-written, credible but above all profound script: it is impossible not to be involved in the complex emotion evoked by this film.

The sensitivity of the director, however, is also perceived by much more courageous choices, which are manifested in the details of this film. The protagonists, for example, are always framed from behind. It comes to believe that after all their faces are the faces of anyone, of any person who has found himself, in his life, in this strange dialogue with his own solitude. The film therefore confirms its universal significance, its poetic value, capable of rising beyond text and image and reaching the purest form of human communication. “The conversation” is a film that talks about us, with everyone’s solitude. 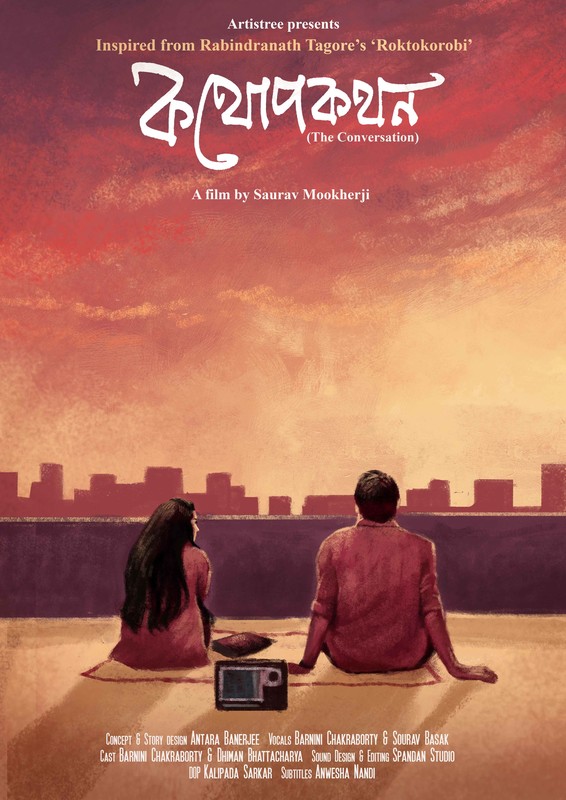