29 Ott An interview with YUMENG HE, director of “Kite”

Posted at 18:12h in Interviews by prismaadmin 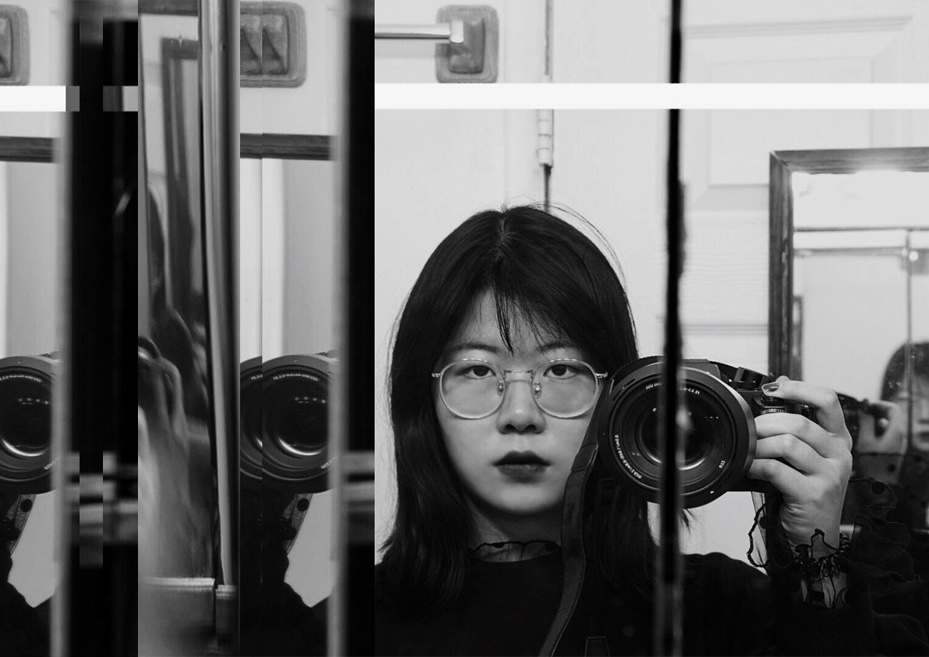 “Cinema is a means of communication and connection. Its goal is to observe, to explore, and to find patterns in the world. It juxtaposes a person with an environment that is boundless and collates her with a countless number of people passing by: the cinematic image is the observation of a phenomenon passing through time.“

Yumeng He is a director, editor, and visual anthropologist based in Los Angeles, California. Yumeng grew up in Beijing, China, studied Visual Anthropology at the University of Southern California. Her background as an anthropologist gives her a unique understanding of how one’s story and its cultural and social ambiance are closely intertwined. Her mission is to share deeply personal and resonating stories that recognize the uniqueness of our cultural experiences but also hope to bridge such differences. Her works explore the ample forms of storytelling — poetry, oral history, animation and self-reflexive essay film, blurring the line between fiction and documentary. Yumeng intends to create a “cinema of affection” that does not exploit but to speak nearby, to embrace and to receive the film participants’ perspectives. 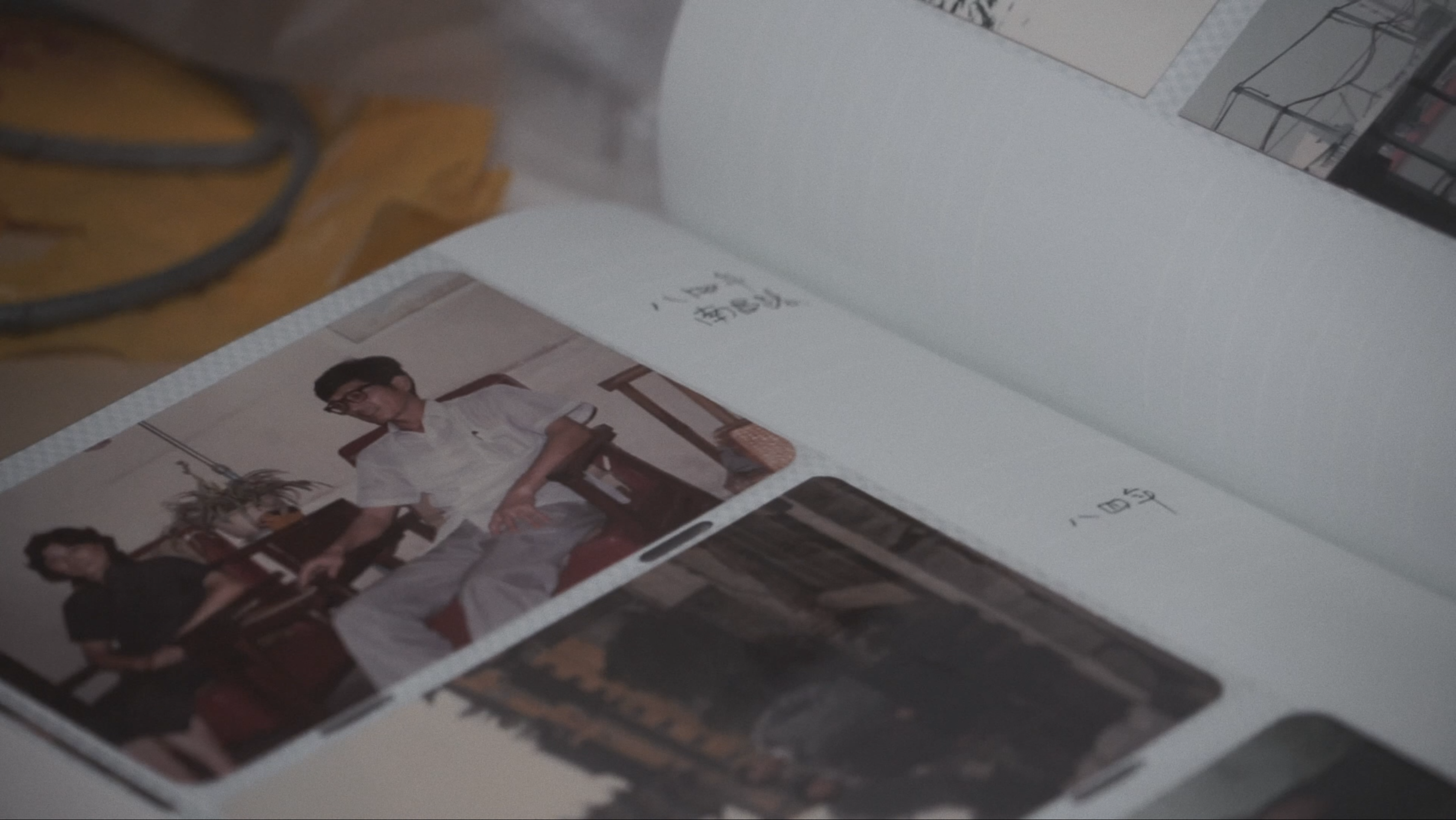 Your delicate and moving film develops around the stories and lives of four women. In their words the memories of their personal experiences and the most dramatic and fundamental passages of history are mixed. Do you therefore believe in the importance of the community and of society, in forming the individual? In short, what is the importance of the culture in forming the personality and spiritual inclination?

Thank you very much for this interview opportunity!

Kite was produced at the Center of Visual Anthropology at the University of Southern California, USA. As a visual anthropologist, I started this documentary project with academic research and fieldwork. During my research, I encountered this quote by Dr. Nancy Scheper-Hughs and Dr. Margaret Lock:

“Sickness is not just an isolated event, not an unfortunate brush with nature. It is a form of communication – the language of the organs – through which nature, society, and culture speak simultaneously. The individual body should be seen as the most immediate, the proximate terrain where social truths and social contradictions are played out, as well as a locus of personal and social resistance, creativity and struggle.”

My intention was to explore the social and cultural influences on the three young women’s mental health, and mirroring the quote provided above, their sicknesses are embodied and are inevitably intertwined with the cultural and historical ambiance that they are aware or unaware of. I suggest that each individual is a product of the culture that she situates herself in, and I want to further argue that the individual’s body is also shaped by that culture. Rather than the object to be studied in relation to culture, the body is the subject of culture or the existential ground of culture. The “thin-ideal” that the three young women alluded to is a representation of the current aesthetic standards created, perceived and perpetuated by Chinese contemporary culture, especially in contrast with the narrative given by the grandmother whose perception of body and beauty was very much shaped by her experience during the Great Famine and the Cultural Revolution.

Another point that I would like to elaborate on is the notion of cultural sickness. What is defined as a mild form of mental illness in one culture may be defined as normal behavior in another. In the film, Patrice touches on Chinese folk culture’s denial of clinical mental disorders, that mental illness is viewed as either “schizophrenic crazy” or a lack of self-determination. Another theme that this film explores is the concept of cultural trauma. While each of the four women told their individual stories in the film, the collective memory of China’s cultural past was hinted in their narratives and was haunting them in the present time. The relationship between the individual and the collective is not a dichotomy, nor a causality. In this film, I want to highlight how personal history and cultural past are closely intertwined, and how that cultural past could remain ghostly in the present, yet the individual (or the storyteller) could also redefine and rewrite a history. 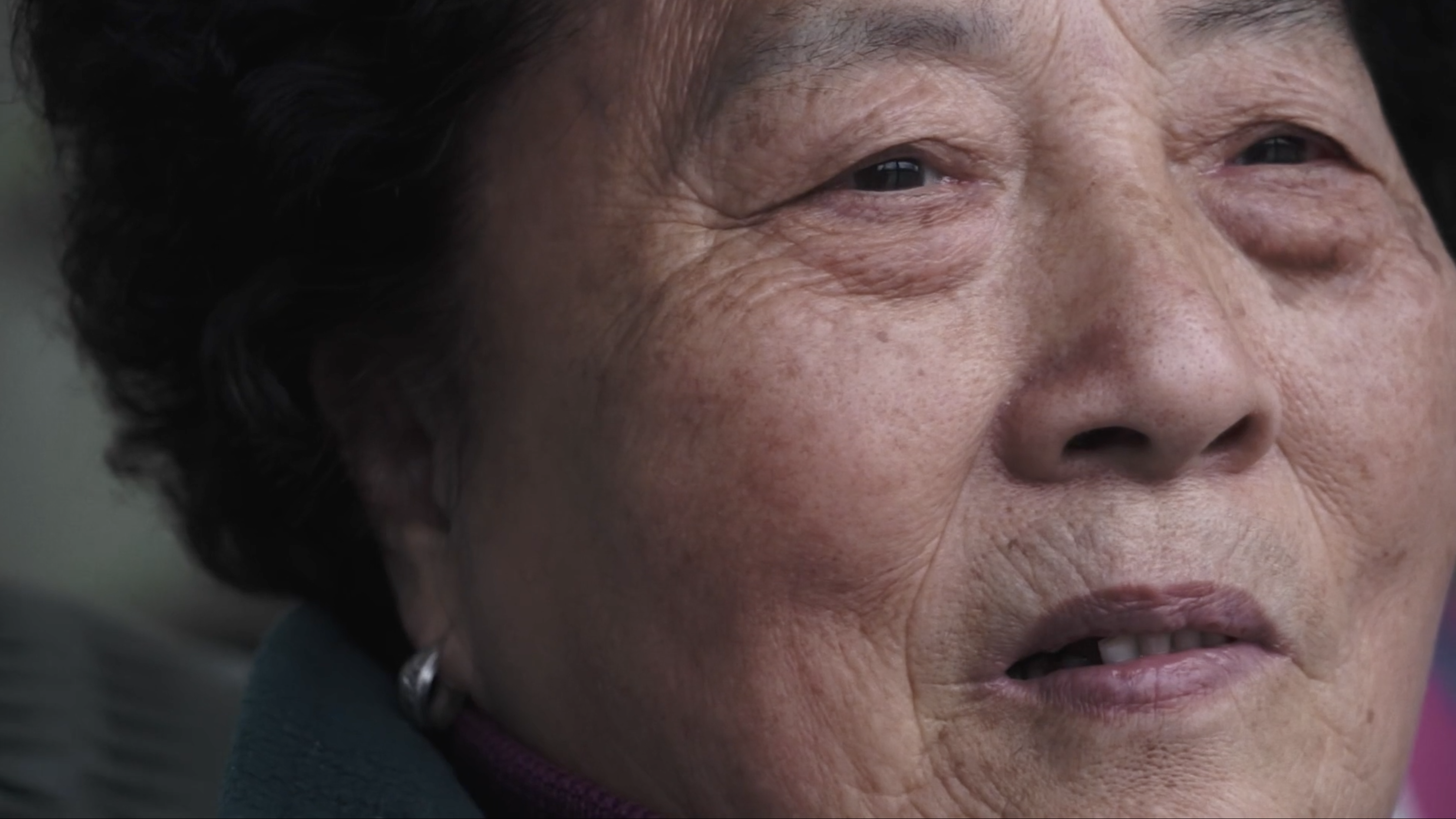 Your film makes exceptional use of numerous sources, even altering the format of the frame, in a courageous and interesting cross-media tale. To find these documents, so personal and intimate, to bring the camera so close to these faces, you must necessarily have used all your sensitivity and discretion. Can we say that your directing effort on this film was incredibly human and empathetic?

I am very interested in the symbolic values of things. Home video and family photographs are ordinary and recognizable objects prevalent in our life and were present throughout this film. As the film narrator says, the photograph (as well as the home video) embalms and preserves a past and presents it in such a way that it appears in the present. It is also this embalming effect that generates an uncanny experience when viewing these images: the past appears to be unfamiliarly familiar. But the idea behind using these photographic images was not to make my audience discomfort because of the uncanniness, but to highlight the subjectivity of the memories and stories that are narrated in the film. The short animation sequences and the experiment with shutter speed were included to achieve a similar effect: to intensify this subjective experience by presenting a visual and aural sensory that is different from what our ordinary sense gives us.

It is an honor to have my film be viewed as humane and empathetic. I think of filmmaking as a spiritual practice. Filmmaking can be a way of self-expression, but its ultimate goal is to serve for others, to search for a shared experience, to bridge differences but to recognize uniqueness, to resonate and to love. 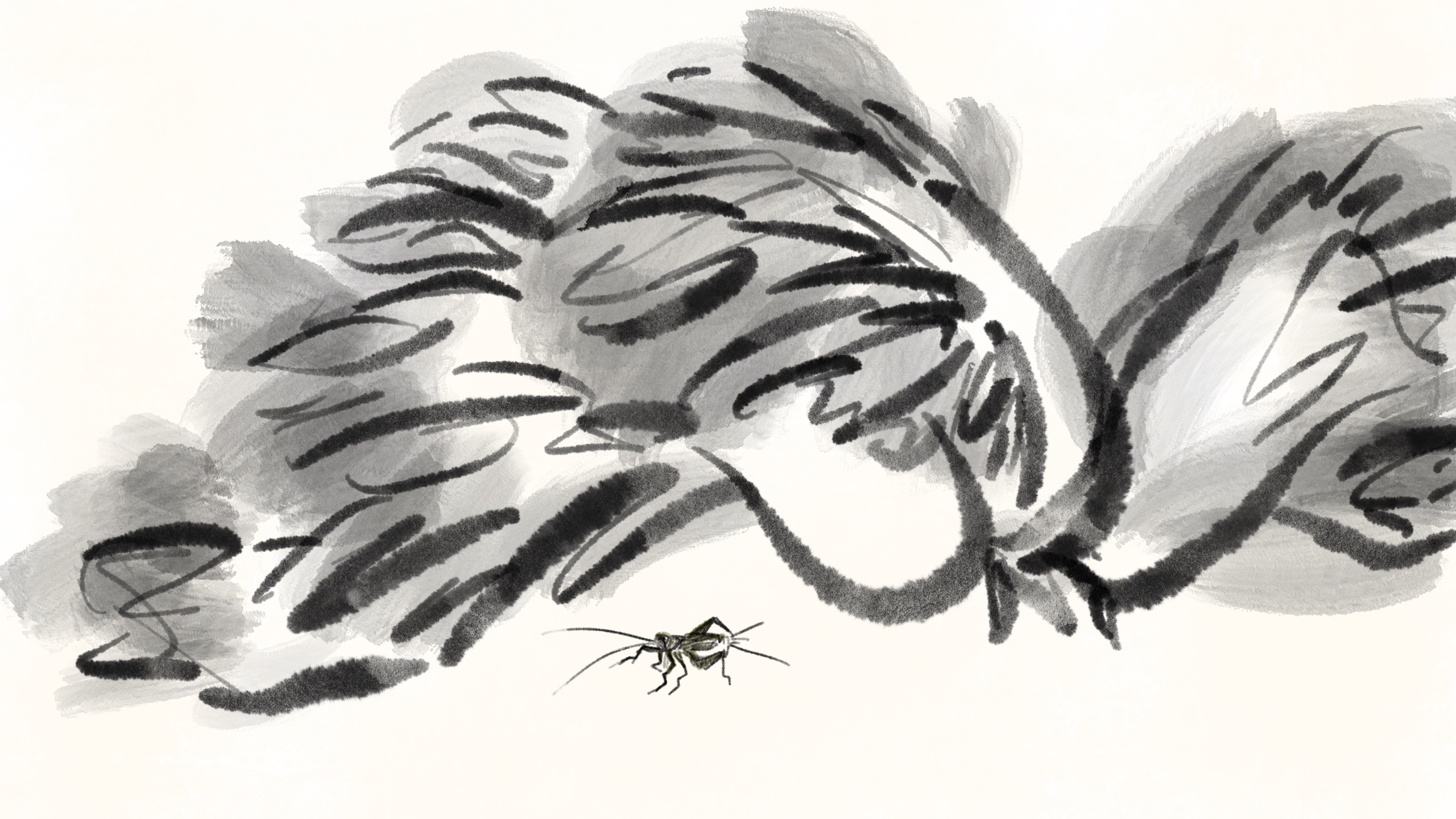 In the film, the stories of these women freely weave the plot of the film, following their own free organization. When you started shooting, did you have any ideas in mind or did you just follow the characters and the flow of feelings?

Having known all my four participants relatively well before shooting had definitely created an interesting situation during the making of this film. I was quite familiar with their personal history and had a general idea of what they will say during the interview or how the structure of the film will be like. But when I finally sat down with them while the camera was the witness, I decided to let my participants to lead the conversation, as well as the flow of their narratives. As a documentary filmmaker, I am blessed to have these four women who are so trusting and open-minded. In the interview with Patrice, I have asked her to tell me “a life-changing event” and the conversation turned into a one-hour long narrative that traces the influence of her childhood to the first time she went to see a psychiatrist. For the filmmaker who plays the major creative role in a documentary (if you operate the camera, or edit the footage), there is a responsibility to bear. I hope that by giving my participants complete control of what they would like to tell their stories and of how they would like their stories to be told, this film can be viewed as a deep admiration of their strength and courage. I intend to “speak nearby”, to listen, to embrace, and to receive their unique perspectives. 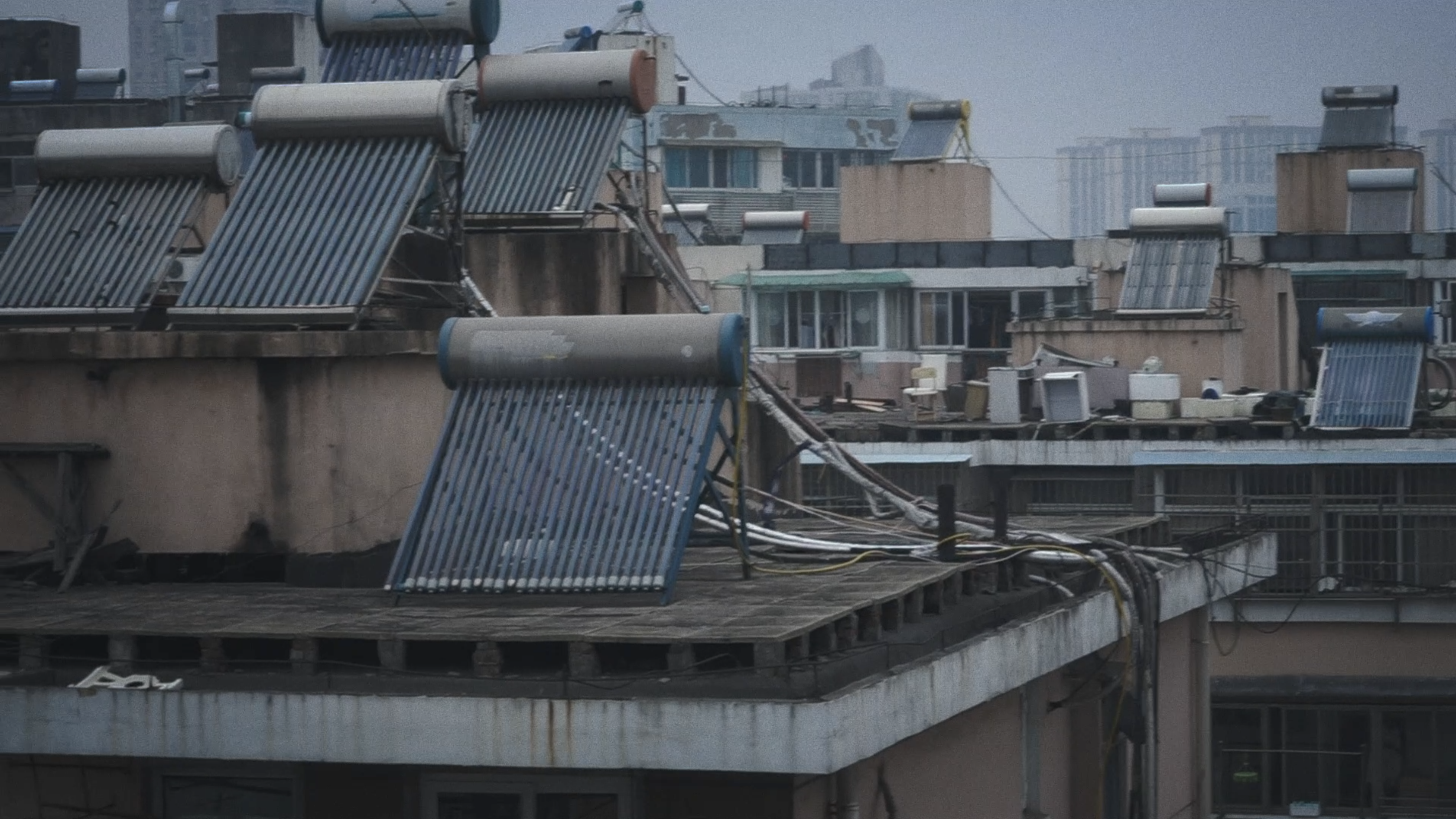 Your film is an incredibly interesting experiment, which in some ways also deviates from the canons of the documentary, to achieve an original and autonomous identity. In your future, do you see the possibility of another type of project? Maybe a feature film, a fictional short …

The visual and narrative styles of this film were largely inspired by the works of Andrei Tarkovsky and Chris Marker, particularly Marker’s ethno-fiction film Sans Soleil (1983). Inspired by the use of narration in Sans Soleil, I decided to include the voice of the filmmaker, whose self-reflexive voice-over could potentially reshape and recreate the story. With its contemplation on time and memory, I envisage this film to be blurring the line between documentary and fictional cinema.

As an aspiring documentary filmmaker, I hope, in the near future, to tell real stories that have a certain documentary quality through the form of fictional cinema, especially through the genre of Poetic Melodrama. I want to further blur the boundary between fiction and non-fiction, during a time when more and more documentary films are gaining popularity and are incorporating the three-act structure that was once conceivable only for fictional dramas. 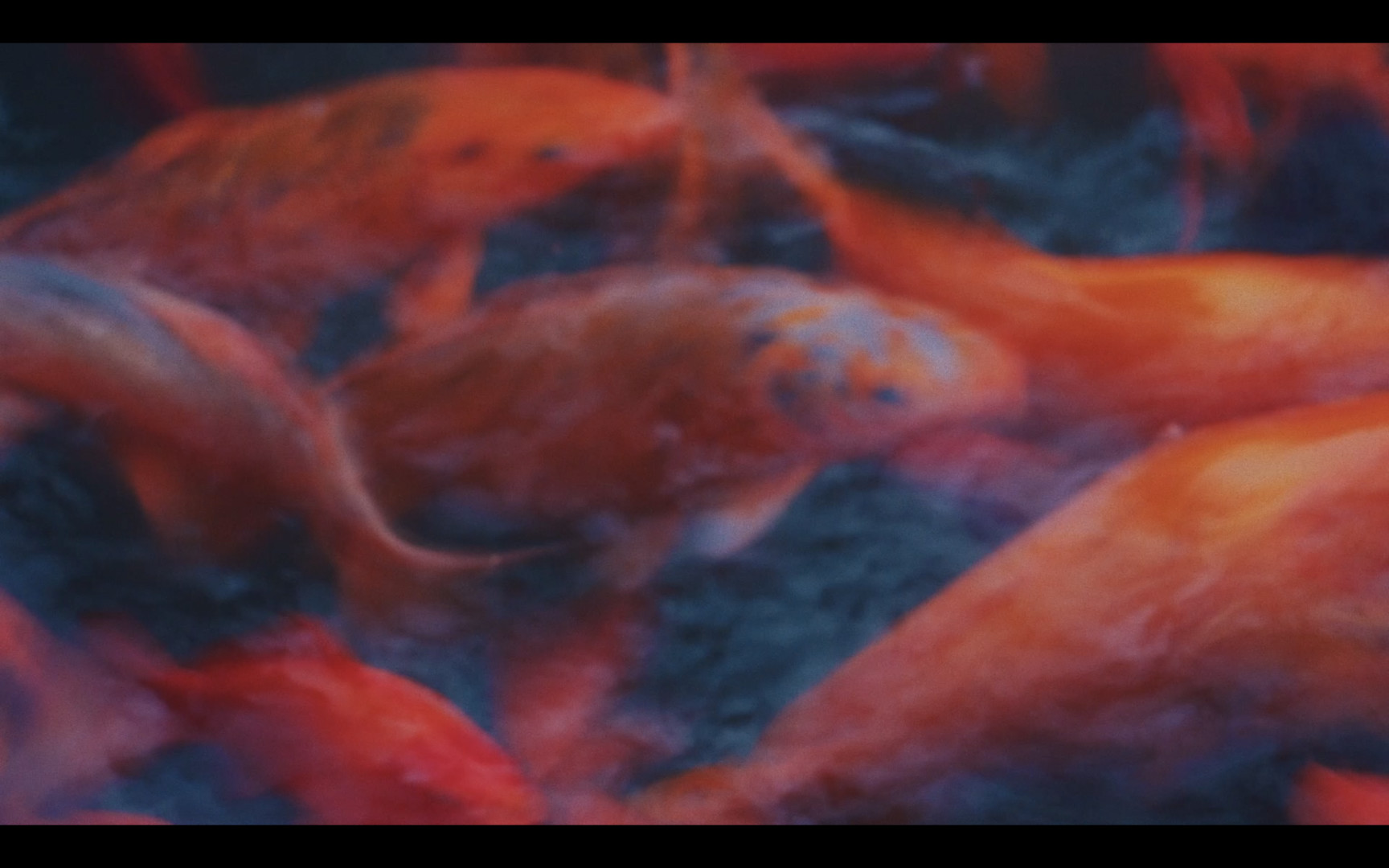 What did you find fundamental in the documentary genre?

I see documentary film as a more courageous genre than fiction cinema. While the making of fiction films is a more controlled process, in which the storyline and emotional passage are established along with the script, non-fiction films carry on the curiosity of the filmmaker and explore the unknown. To me, the making of a documentary film is like putting a puzzle together: we’re essentially picking out pieces of information from a pool of interview footage and connecting them by following our logic and emotion. Through an anthropological perspective, the process of making a documentary also resembles culture itself. An individual is bound up in a series of symbolic representations, thus renders culture as what Clifford Geertz called “webs of significance”, in search of meaning. Documentary filmmaking is to look for a cohesive narrative of existence, particularly the editing process, is to create a mental map that functions, in much the same way as a geographic map, as a guide to the terrain of life.