20 Ott An interview with KAROLINA BOMBA, director of “Seven Wishes”

Posted at 10:44h in Interviews by prismaadmin 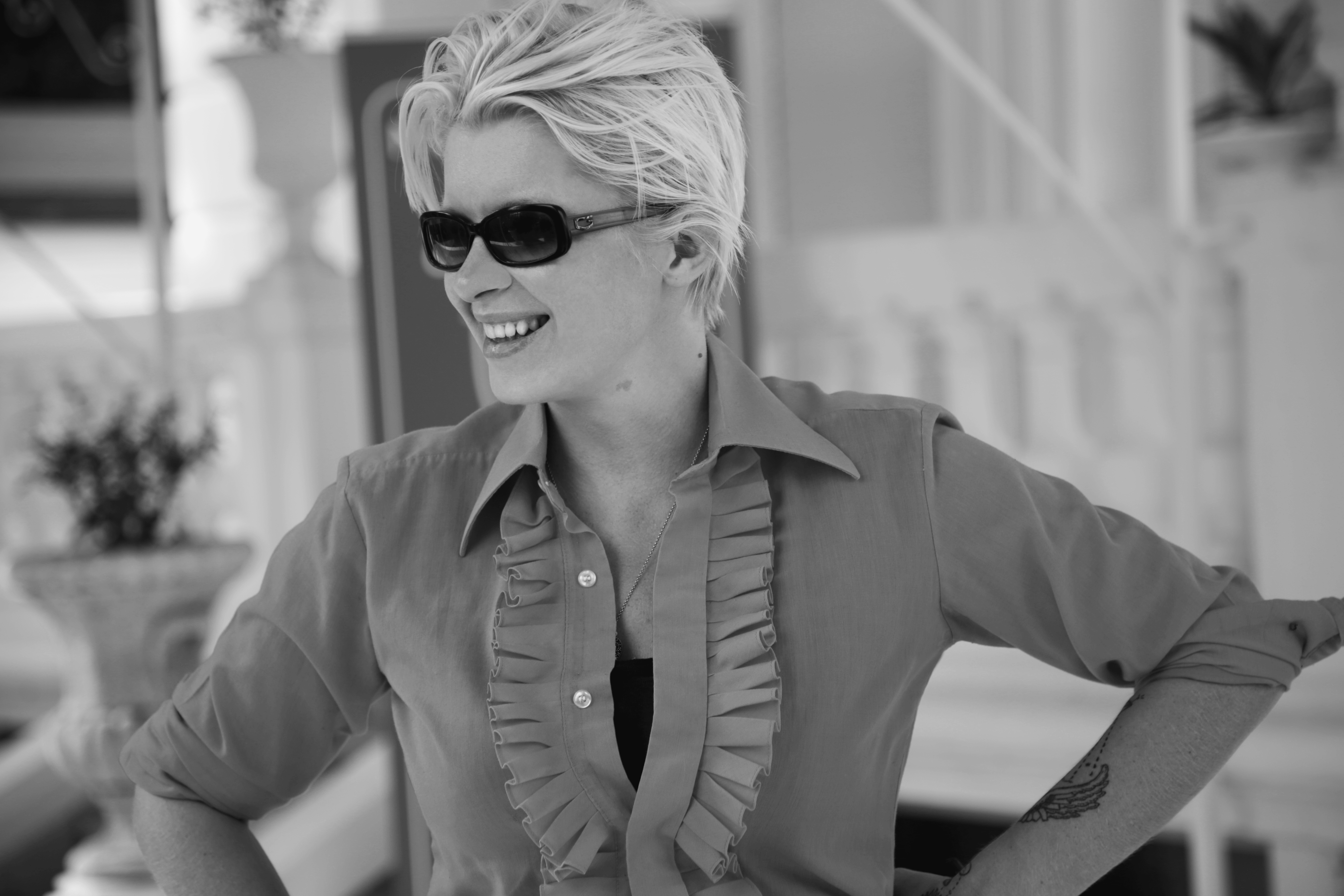 “Keep your inner child’s eyes so you will witness all the magic that surrounds you at every moment.”

Karolina Bomba is a French-Polish filmmaker, composer, pianist, photographer, currently
living on the French Riviera.
Karolina is inspired by filmmakers such as Ingmar Bergman, Andreï Tarkovski, Pier Paolo
Pasolini, Maya Deren, Fritz Lang, Tim Burton, David Lynch, Hitchcock, Kieslowski and many
others.
She learned the ropes in the film industry by working for several years for a Canadian film
production company owned by Robert Lantos: Alliance Films, which has produced movies
directed by filmmakers such as David Cronenberg, Atom Egoyan, etc.
Music plays a crucial role in her life and she has performed on the keyboard with different
bands and artists, notably the opening acts for ‘Duran Duran’ in Bercy and ‘Orchestral
Manoeuvres in the Dark’ at the Olympia in Paris, etc.
She composes themes for series, programs and documentaries creating a bridge between
images and sounds.
Karolina has directed and produced numerous reports for different causes, and has
interviewed personalities such as Oliver Stone, Patti Smith, Wim Wenders, Jan Kounen,
Michel Hazanavicius, Jean-Claude Dreyfus, Alain Delon, etc.
In harmony with her desire for authenticity and always driven by spirituality, Karolina now
devotes herself to directing, editing and black and white photography. “Seven Wishes” is her
first film. She is now working on the script of two feature films. 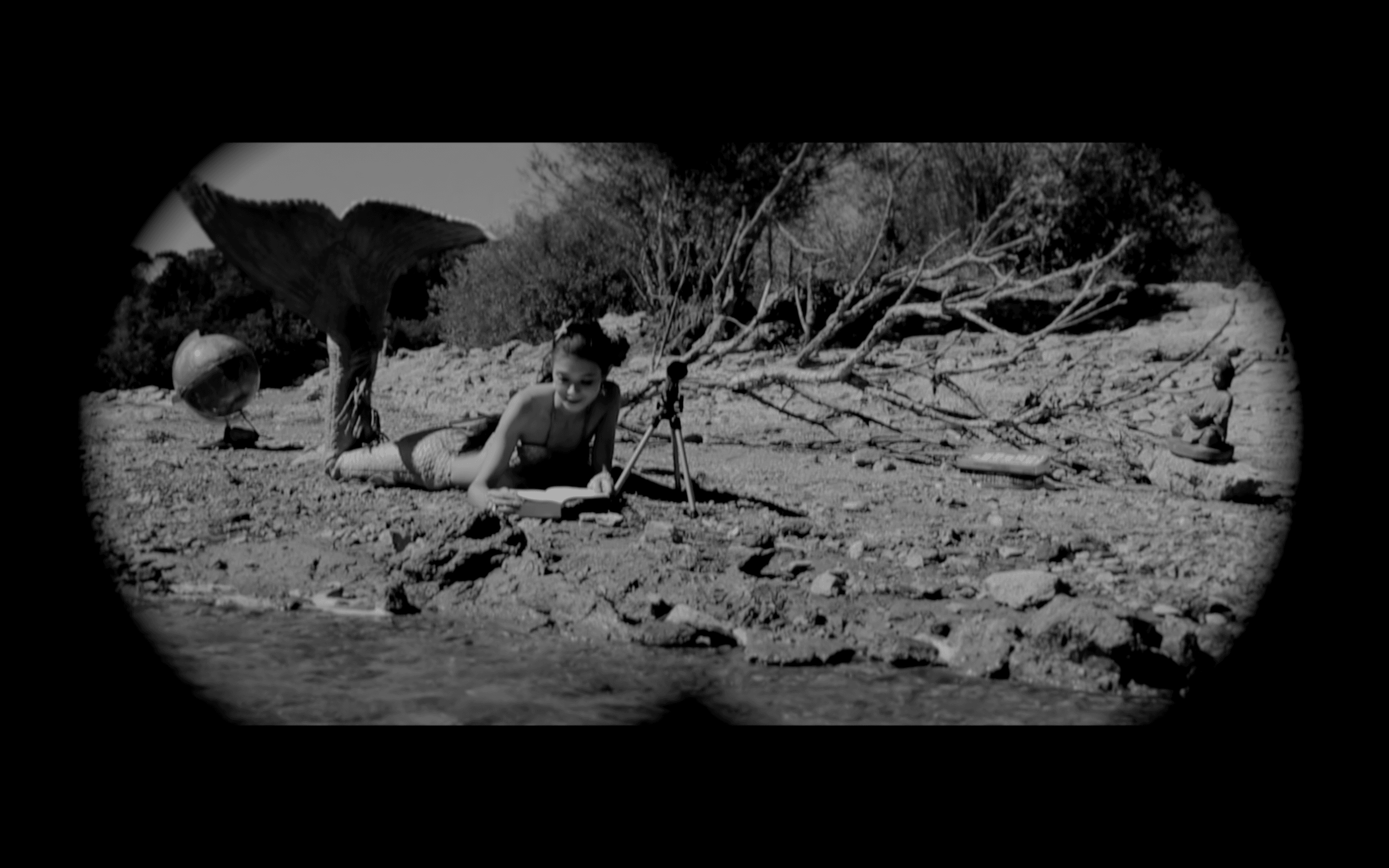 In this exciting short film, fantasy seems to complete reality, extend it beyond visible limits, in a tender hymn to hope. First I would like to ask you how this idea came about. Is there a personal, nostalgic element in this ode to fantasy? Were you like that as a child too?

Thank you very much for affording me the opportunity to provide you with meaningful insights and go more in depth into Oscar’s journey. The finesse of your perception and the words you chose to describe your emotions after watching “Seven Wishes” reinforces my belief that the essence of the message I wished to convey was received with great accuracy. Your formula “a tender hymn to hope” sums it up perfectly, thank you, I am deeply touched.

The idea for the film “Seven Wishes” came up during a rather difficult episode in my life, during which I underwent two major brain surgeries and was brought into contact with disabled people while recovering. More than ever I realized that life can change in a split second and that I was entrusted with a mission to convey a message of hope. 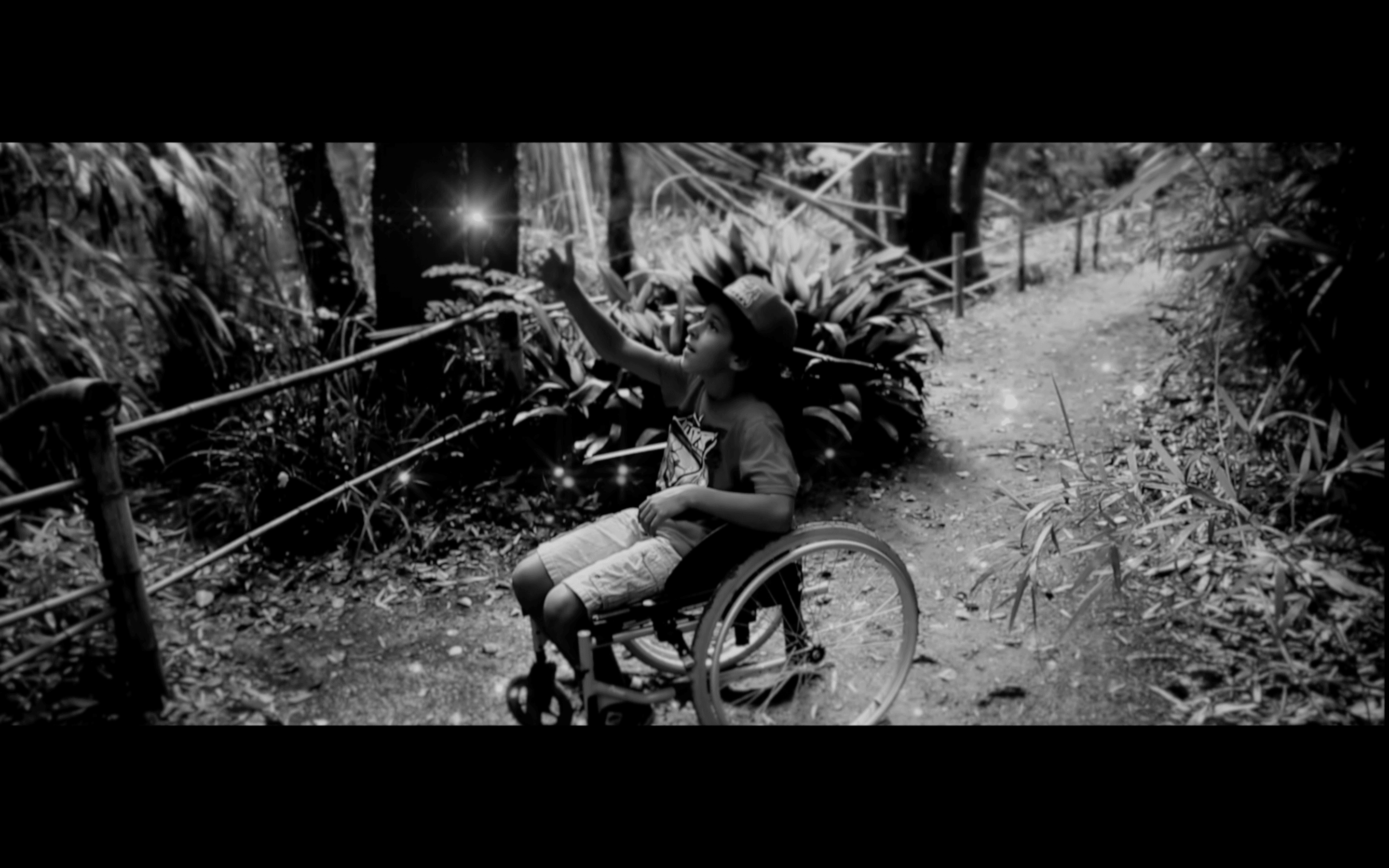 The originality of this film also emerges from the fascinating visual choices you made: different formats, black and white … These are courageous choices but actually fundamental to create the feeling of a suspended, extemporaneous world, in which everything is possible. how did you build the shape and “look” of this film?

Black & White appeared to me as an obvious choice since it is such an enchanting and ferric way of expressing the poetic message that I wanted to deliver to the public.

I drew upon an extensive personal experience of black and white photography when making the choice to leverage the power of a black and white cinematic form of expression. Different cameras and formats were used to explore the multidimensional reality of Oscar’s story and serve the purpose of maximizing the metaphoric effect of the film. 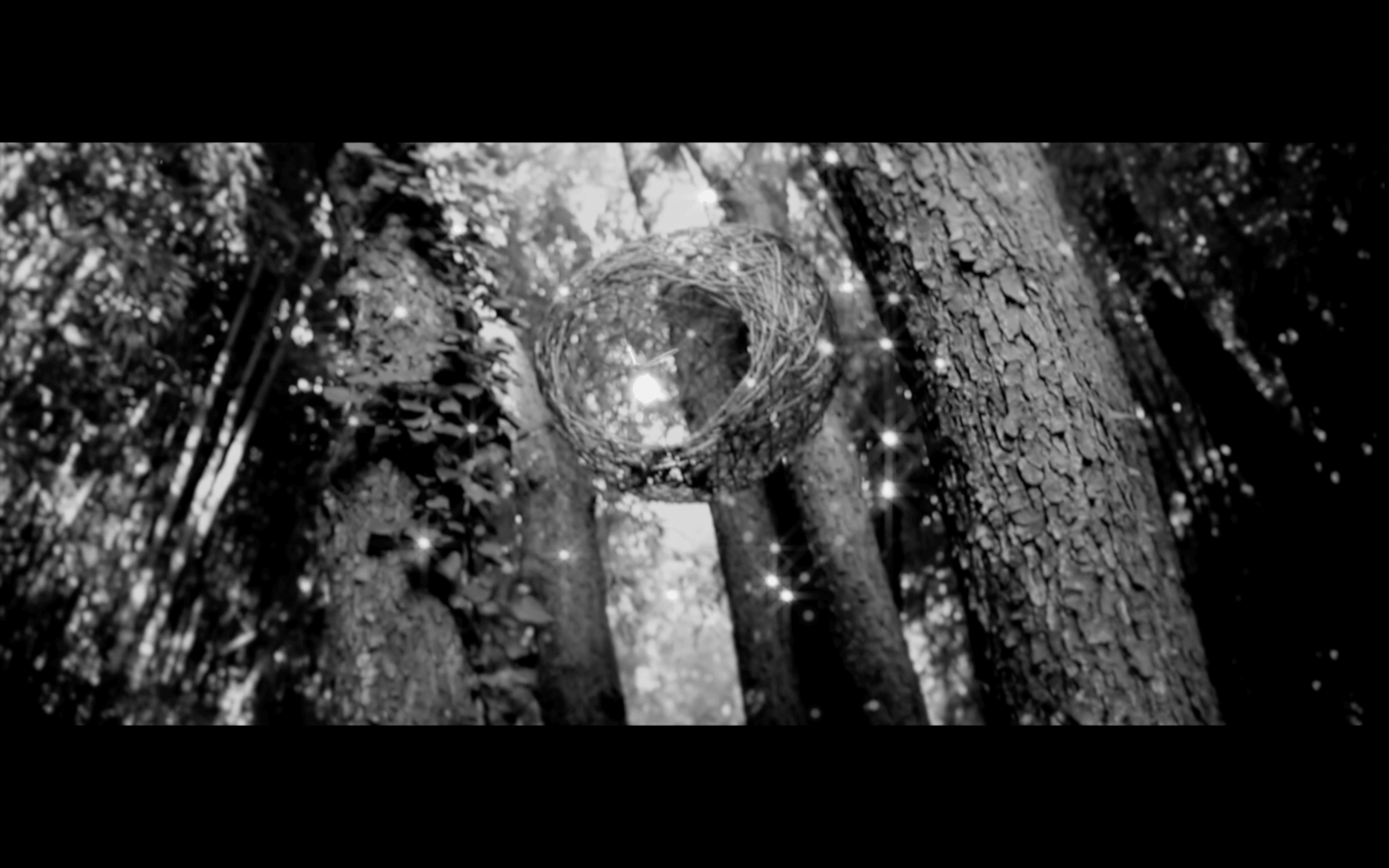 If I’m not mistaken this is your first film. I guess it was wonderful to take this big step but, on the other hand, you had to deal with new challenges and problems. What was the hardest thing you had to go through during production? And what is the best memory of this experience?

Yes, you’re absolutely right, this is my first film. I wondered if I would have enough material for the shoot of several scenes, and if I would be able to use a steadycam when running through the bamboo forest with the boy and Angelique Cavallari (his mum, in the film). I was also wondering if I would find the right person to make the fireflies effects.I absolutely wanted to film underwater scenes knowing that water is an element that liberates the mind and body, but the neurosurgeons had formally forbidden me to dive with tanks, so I managed to film the wheelchair and the mermaid scenes with a simple mask & snorkel. Working in the studio on a green background with the young boy for the scene of the wheelchair flying off and landing in the tree was also a first for me. 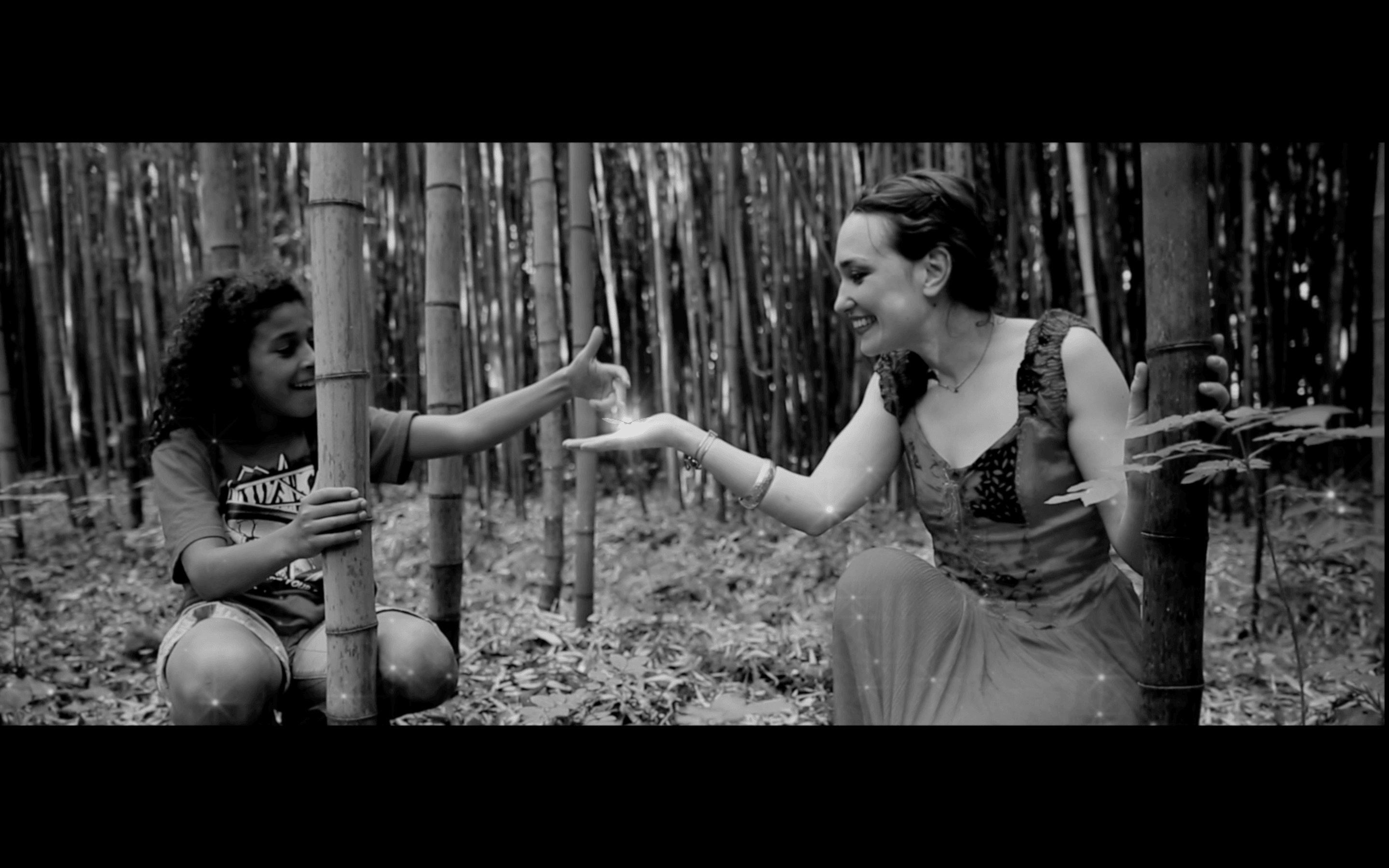 In Oscar’s magical universe, the world is reflected not for what it is but for what the boy wants and seeks. The film therefore appears to be a refined metaphor on the reworking of pain. Is creativity a form of healing for you too?

Again, you nailed it. Beyond the fact that it is an hymn to hope, one of the objectives of this black & white film was to perform an alchemist’s kind of work whose goal is to transform the traumatic experiences of various people into a childlike tale. “Seven Wishes” invites you to get healed and overcome your own visible or invisible handicap, your fears and doubts or any kind of limitations you may have. Oscar is not a martyr, but rather a modern hero who could have walked through this film like a troubadour playing his mandolin, and the magical melody left in his path produces healing effects on those who hear it, and who, without even knowing it, are forever transformed by it.
His story is a reflection of our own lives and an invitation to take up life challenges successfully, never to give up, to continue dreaming, to transcend and elevate ourselves and keep moving forward relentlessly…