Posted at 16:39h in Interviews by prismaadmin 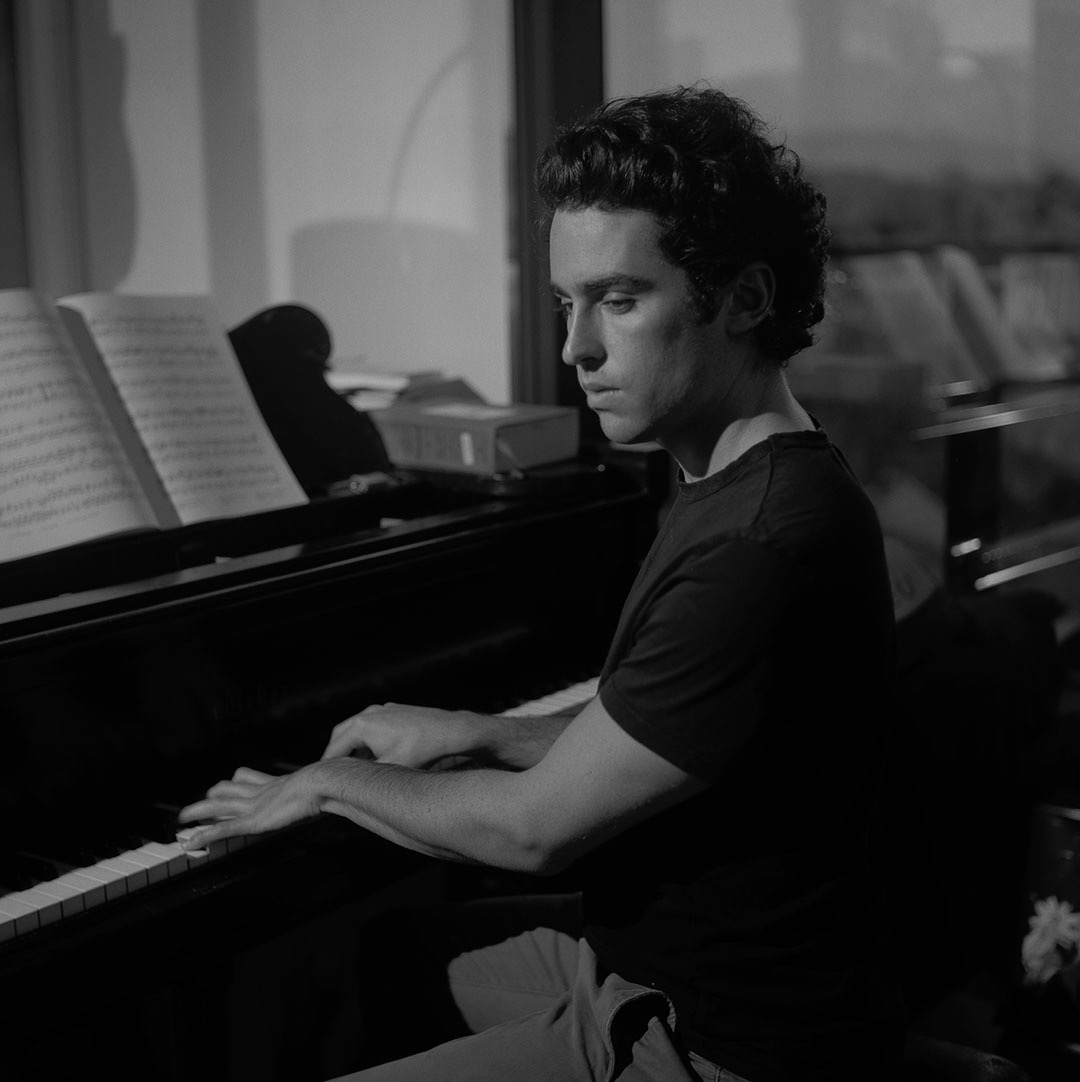 “Find your story and tell it well.”

Spartan Daggenhurst (né Athanasios Spartan Talal Kerem Khashoggi Daggenhurst) is an award-winning Anglo-Greek filmmaker, composer, pianist, and poet. He grew up between England, Greece, and France before moving to Los Angeles at the age of 9. In 2016, he graduated from Bard College in New York with a degree in Piano Performance and Music Composition. He works actively in various artistic mediums, including film, opera, and poetry, and is fluent in English, Greek, French, German, and Italian. He resides primarily between Los Angeles and Paris.

Every aspect of this film composes a fascinating and bizarre portrait of a hilarious and grotesque character. In short, both from the point of view of style and narration, this film is a more or less unique experiment, very original and certainly interesting. I can’t help but wonder with great curiosity: how did you get the idea for this film?
First of all, thank you! I’m really glad that you enjoyed it so much. The character of Vinny sort of came to me and Tanner spontaneously a long time ago. We always knew we wanted to do something with him, but we were never sure what it was going to be. Then in mid-July, after having to cancel production on another short I had written due to COVID, I was sitting in the shower thinking “man, I wish I could just make a short that took place in a film-studio where we can can a permit to shoot!” Anyway, I got out of the shower, and then banged out the story rather quickly, and then Tanner and I pieced all the dialogue together and here we are! Once I had the elements of Vinny and his family mixed together with a filmset, the story sort of organically sprung to life.

You are the director of this film and, at the same time, one of the protagonists. And you play a director! How does it feel to be on both sides of the camera? Are you going to deepen your work as an actor in the future?
You know, in the days leading up to production I was very anxious about it, but once we got to set it all went away and we just did it all without a hitch. Originally, I was going to cast someone as “The Director”, but Tanner and I ran the scenes so many times together that I thought “well, I sorta want it to be like this”, so we just went with it. From a practical perspective it was great to be right there with the actors (who all did amazingly), because I could give them little adjustments that were reactions to what they were giving me specifically, and I felt very confident leaving my DP Sam Frank behind the camera during the takes to let me know if I needed to adjust anything for myself.
I read that this was your first short film. It must have been a beautiful and at the same time very stressful experience. What lessons did you learn from this film? And what are the advice you would give to a young aspiring director who is about to take this important step?
I’d say the biggest lesson I took from Vinny was that preparation is invaluable. We shot this all on 35 mm film and with absolutely no coverage, meaning everything you see on screen is the extent of what we shot. I remember some people said it was crazy to go about one’s first film this way, you know with digital you can just keep the camera rolling, but I knew moving forward I would want to continue working on film so we just went for it. Looking back I guess the stakes were actually pretty high, but I designed each shot extremely thoroughly with storyboards, so when we got to set the whole crew knew exactly what we were doing.
As for advice, the most I can really say is just do it. Just get out there and shoot. My producer Enzo Marc has said multiple times, and I agree with him, that making one short like this is worth years of film school. I went to conservatory for piano performance and composition, so another 4 years was never an option for me, and for a lot of people film school is never an option. I mean everyone has a story to tell, so just figure out how you want to tell it and do it!

You wrote the beautiful script for this film together with your co-star, Tanner Zagarino. I guess it was easy to act out what you built together. There was dynamism and agility in the comic and narrative timing of this film. How much room was there for improvisation on set?
Wow what a compliment! You know, the character of Vinny was sort of built on improvisation. I think we were channeling some aspect of David Niven and Cantinflas from Around the World in 80 Days.  So the writing process felt like that, but once we got to set it was all very codified. I’m very particular when it comes to details, and the dialogue as you hear it in the film, well it was very important to me that it came out exactly so. However, the “business rules” that we intersperse throughout the credits, those we made quickly right before each camera slate. Actually all the dialogue there from the “family”, those guys ad-libbed it all. They did a fantastic  job with that.

In your next projects there is a film, “The Salt Ruby Affair”. Can you tell us more? Will it have anything to do with “Vinny Mancuso’s Rules for Good Business”?
Oh boy, I don’t think I’m allowed to say much (I think my producers wouldn’t be too keen on that), but it’s gonna be great. It has absolutely nothing to do with Vinny, though I’m sure it’ll be shot in the same sort of style. It’s my first feature, which I wrote the script and story for, and there’s a chance that we’ll shooting it in your lovely country! (Though don’t quote me on that … or do?)