Posted at 16:50h in Reviews by prismaadmin

In this lightning short film, just over four minutes long, there is the story of an era, the current one, with all its passions, fears, uncertainties and ironies. The director, Hiroki Utsunomiya, in this short period of time manages to build a complex narrative, from which one is fascinated and struck. It is thanks to an experimental approach, both in language and in production technique, that gives “Rendezvous” the greatness of a profound and moving film. In fact, the film was shot during the difficult experience of the coronavirus pandemic, in a ghostly Tokyo, emptied of its vibrant human activity that has always characterized it. The terrible experience of the health crisis is personally re-elaborated by Utsunomiya and reality is transformed into an intimate, personal and visionary vision, capable of overcoming the simple actuality, to become a story with a universal and extemporaneous value. Thus this deserted city becomes a futuristic place, far away where two young people, destined to love each other, meet.

Eternal love and incessant technological progress: two weights that balance a film wisely built around these contradictions, even on a stylistic level. With an original creative impulse, the director tells this story inspired by old silent films of the twenties, in a fascinating game of contrasts between past and future. The sensation is that of witnessing a comedy of feelings, in which the space-time boundaries are superfluous, confused, to the point of folding in on themselves. In “Rendezvous” feelings are the only thing that matters and the world is an empty set for a few lovers. Perhaps it has always been and along these streets we have always continued to search for our “true love”.
A small cinematic jewel that captivates and excites us. 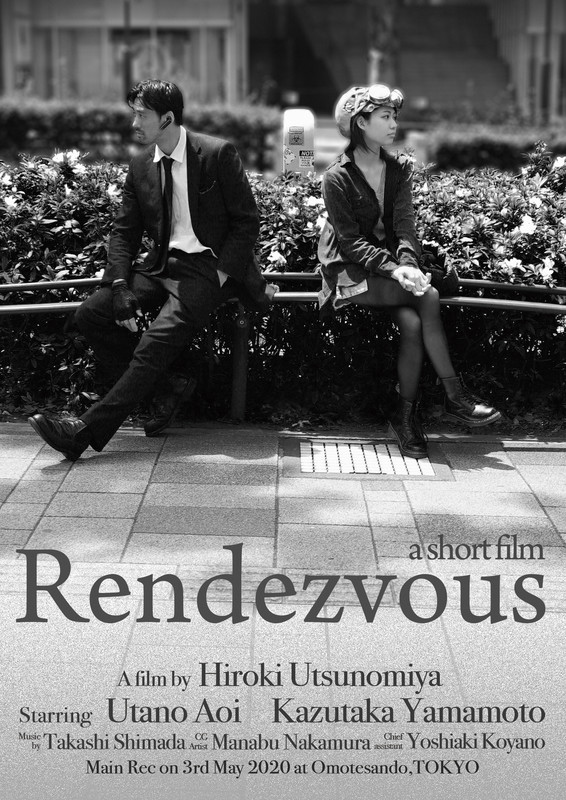