An interview with HENRY BRUNO, director of “The Favor” 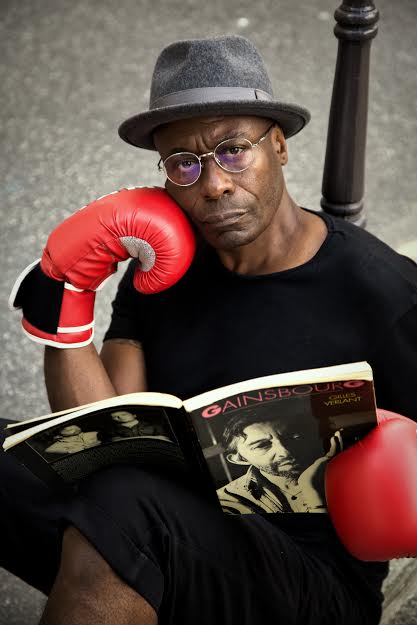 12 Mag An interview with HENRY BRUNO, director of “The Favor”

Posted at 18:11h in Interviews by prismaadmin

Your film is based on a truly refined screenplay and the director manages to best represent the feelings of the protagonists, bringing dialogue to the sublime level of the images. Tell us about how this vivid and profound story came about. Did you fall in love with Mahieu’s script or did you start with something autobiographical?

For a long time i wanted to do a movie as a director because most of the time i’m an actor. . Maryline Mahieu is a friend of mine. A  few years ago, she wrote a theater play for me and i told her that i really want to do a short-movie at this time. She said ok i have  a lot of scripts home. She sent me a few and i had an  illumination when i red the Favor because it was something who happen to me but did not had the same end.
Your acting is incredibly powerful and there is a strange and fascinating harmony between your body and the camera. How does it feel to create a film as a director and then live it as an actor?

It’s a human story, i’m a human being. I red the script so many times that at the end we were one. For my préparation with my d.o.p Nils Jacobsen all my technical cut was ready. I known exactly what i wanted with my drama direction. I didn’t want to do repetitions with my lead actress Anne-Sophie Trebel, we maid only one reading of the script together, i ask her to tell what she feels about her character and if she had any questions. After our discussion i tell her see you for the shooting with the script learned. I wanted us to be surprised by each other, i love animals émotions sharing. When something was wrong feeling for the acting direction, discretely i talked to her and that’s it. I choose her because for she was The Character. And when some one is good in front of you, you’r good too. For me acting is the continuity of your heart talking in the reflexion of your eyes. And after come the music with the talented music composer Kevin Tourné and also the very good job of my video editor Géraldine Elgrishi. Thanks to my producer Akwandies and KN5.
In the final twist, the maternal and desperate momentum of the woman takes on a completely different meaning. It is clear in the end that there was something more obscure and premeditated. Do you think that illusion, lies and loneliness are widespread characteristics in human relationships? Or will there be room for hope in your next films?

I think that in a human being there is a mixe of all of this. Men, women on the same level . The suffering is universal , sometime you can do the worth to have the illusion to feel better. The creator life maid us born with a huge sens of sensibilities, émotions bad and beautiful ones. Life is a jungle of possibilities, everybody is free to choose for him or herself the way of happiness…. what  we suppose to be happiness . Sometimes you have no choice. I just know that i didn’t want to be a juge , it’s easy to say it’s her mistake but if i had be her, what will i did ? I walk with feelings so i don’t what will happen tomorrow with my new projects …The only thing i know, that will be true, authentic with love and humanity. That the end way of the Favor.
Your acting career is amazing and your work behind the camera reveals a versatile cinematic talent. what are your future projects?

The Favor is my first short-movie, my baby. I’m preparing the second one with the same scriptwriter Maryline Mahieu. It’s a social comedy with 3 Homeless. I’m looking for producer  and patrons. i’m also writing two feature, one alone and the other one with a friend director of mine Laura Richard.
As you well know, short films are a gym and a springboard for many young aspiring directors. Given your great cinema experience and the amazing results of “The Favor”, what advice would you give to a young director who is preparing a short film?
Young director , be patient, be strong, determinate , always follow the way of your story. You can listen to people who have experiences but be careful because the story is yours not there….Close your eyes  feel your heart and go…Believe in magic.