Posted at 13:35h in Reviews by prismaadmin

“Butterfly” manages to be many things at once. It is a refined and subtle reflection on modernity, a beautiful piece of visual aesthetics, an engaging story … In short, a film. Bonnie Foster’s work, director and screenwriter of this short film, is pure film material, handled with care by a sensitive eye and an impeccable technique. At the base of the film an incredibly simple idea, which starting from the synopsis is enriched with incredibly original and amazing elements, in a perfect union between narration and aesthetics. By recalling different suggestions, “Butterfly” succeeds in the difficult task of representing reality according to the dictates of the contemporary, while at the same time revealing its weaknesses.

Under the seductive patina of a fantastic cinematography, that recalls the glamorous atmosphere of certain fashion advertisements, there is the beating heart of an authorial narration. The meanings and metaphors are then immersed in an intriguing story, an “exotic” romanticism that drags the viewer into a vortex of contrasting emotions up to the shocking ending. Technically the film has the ability to amaze, as well as to be masterfully made. A praise therefore to all the technical departments and to the two mysterious, fascinating, complex protagonists. 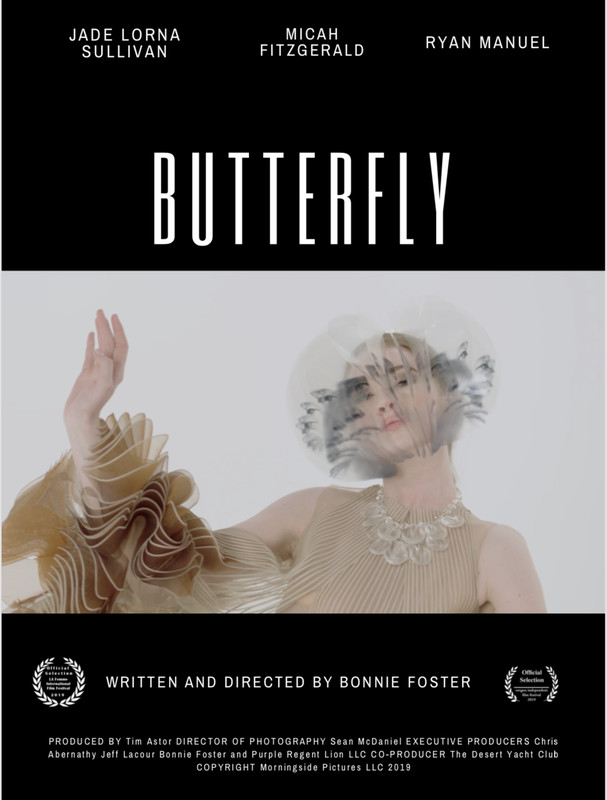